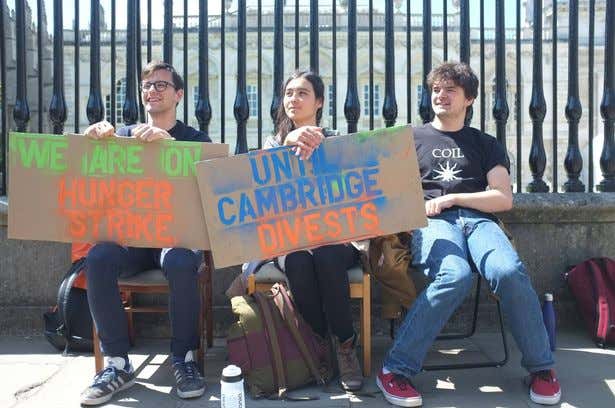 Global Citizen-Three student activists at Cambridge University in the UK are six days into a hunger strike aimed at pressuring the school into divesting from fossil fuels. The protest, backed by hundreds of university staff and students, according to Cambridge News, is part of a three-year campaign led by the student environmental group Cambridge Zero Carbon.

They received quite the attention: 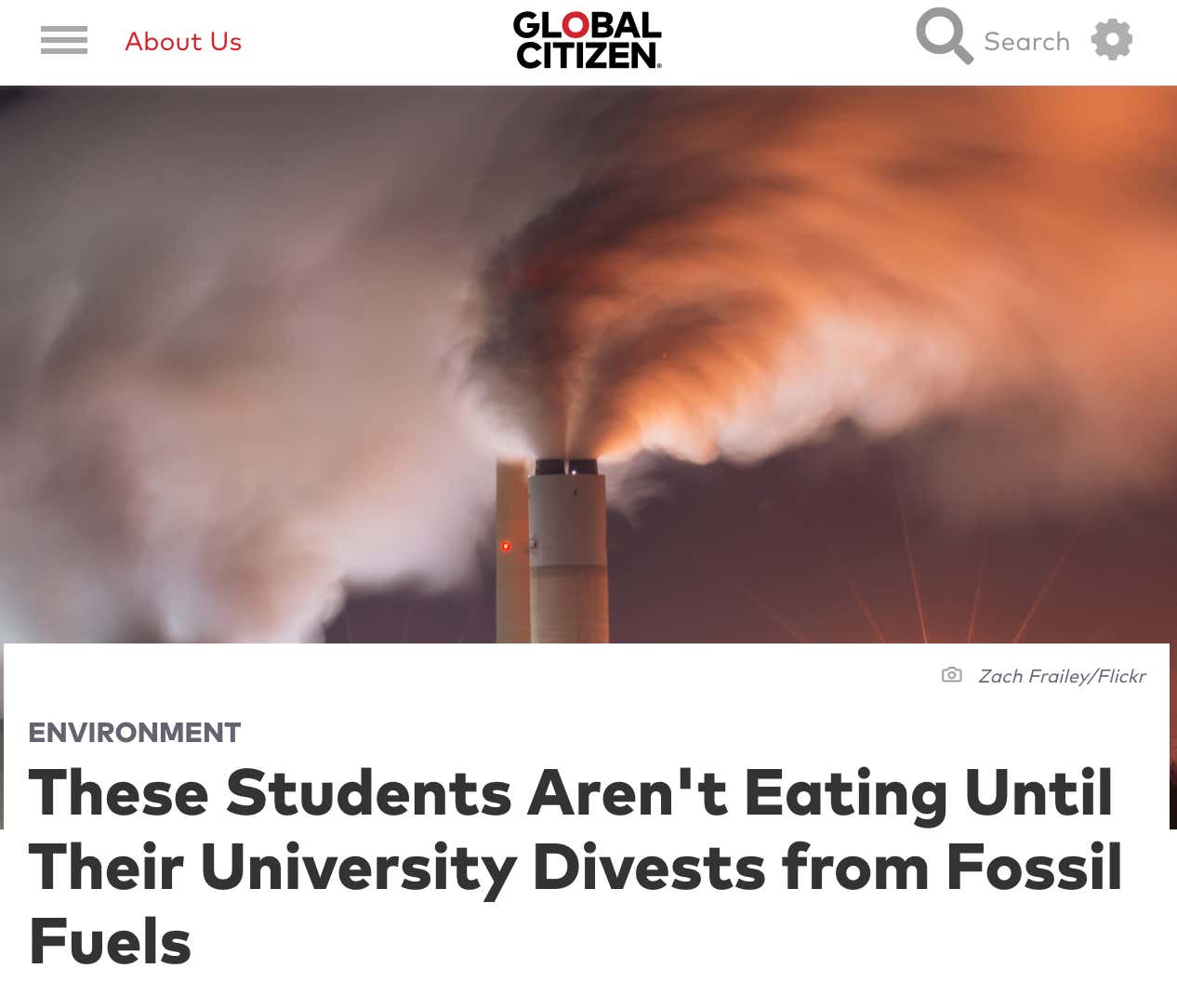 Going on a hunger strike seems awful, but going on it while sitting on chairs like that? Sheesh!

Turns out these three are quite the intellectuals. One of the hungry students wrote an op-ed on Saturday discussing the hunger strike for, what he made it seem, an INCREDIBLY serious situation:

Turns out that claiming they were going to use “every inch” of their power was hyperbole. In a shocking turn of events, once these students parents came calling, they ended the strike:

Cambridge News-Three students have called off their hunger strike after five days citing a partial victory and because their families were worried.

In a statement they said: “In light of the success of our actions in preventing the council’s undemocratic capitulation to financial bureaucrats today, and in light of our own families’ wishes, we have decided to suspend their action on this, its fifth full day.”

Nothing like a freshman coming into college thinking they can change the world, but giving up on that pursuit once their parents come calling. I’m glad that it’s happening in other countries and not just in the USA.

Calling the hunger strike a “success” is weird. The goal was to force the university to divest from using fossil fuels and all that happened was the university saying they would have another meeting in the next few weeks. But hey, success does not have a set definition! Just like destroying an environment doesn’t have a set definition, which is why it makes it okay for you and your friends to vandalize the schools administrative building! 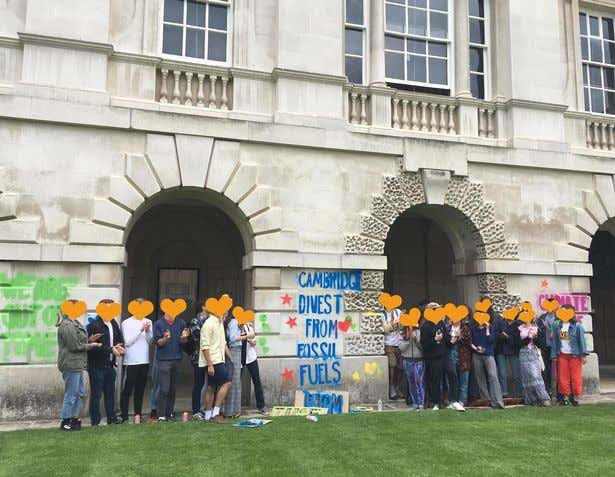