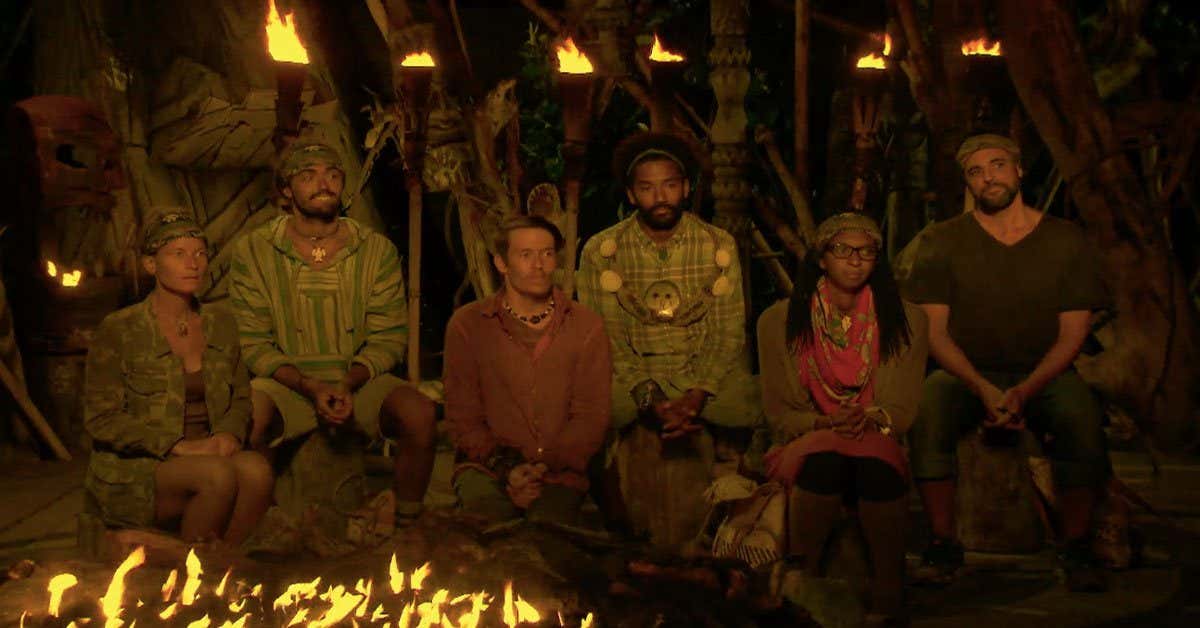 *Obviously the entire blog has SPOILERS*

WOW. What a finale! It was a mostly disappointing season, but one of the best finales ever, if the not the best ever. Nights like last night are what keep Survivor on air for 36 seasons and hopefully 36 more. I was having my share of disappointments with the show lately but feel so re-energized after last night.

WE HAD A TIE AT FINAL TRIBAL COUNCIL. First time ever. Everyone always wondered what would happen and a little while ago they said exactly this would happen. If there was a tie between two people at a 3 person finale, the third person joins the jury and votes. It happened so fast I didn’t know what to do with myself. When Jeff got back and was like “alright, I’ll read the votes” my jaw dropped. We always wait for the live reading! At first, I thought it was just another twist in a season of twists, but I quickly (not to brag) realized it was a tie between Wendell and Dom.

I figured right away that Laurel would vote for Wendell. They talked about having a brother-sister relationship and Wendell had just played the idol for her at Final 5, which ended up being a million dollar move. Dom said himself that he knew it was over. Will get more into that but was a pretty jam-packed finale and want to run it down.

This was an awesome tribal council. Wendell had immunity and Dom wanted to save his real idol for Final Five and use his fake idol (that others thought was real) this time. Sebastian, his extra vote advantage, Donathan, and one of Angela/Laurel would’ve been enough to get Dom out.

But God Bless Angela. I mean she’s gotta be one of the worst players ever. Just ran right to Dom and told him the plan for no apparent reason. It was stunning. 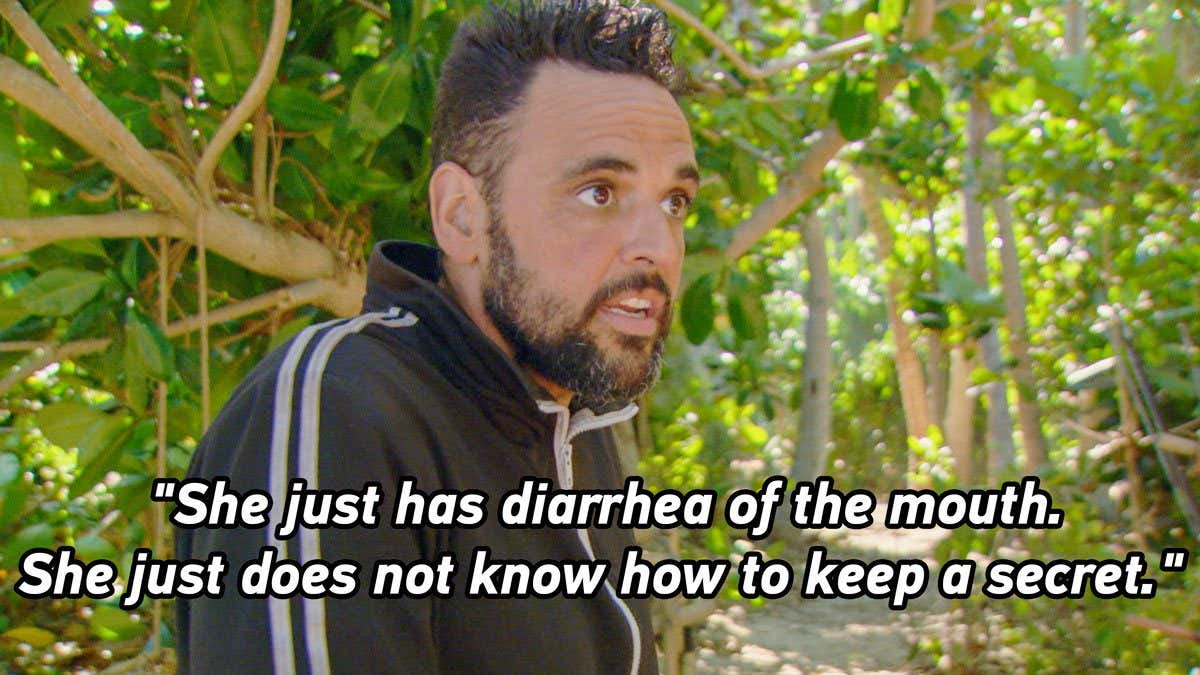 Dom put on an Oscar-worthy performance at tribal council. He handed Jeff the fake idol before voting but didn’t say he was playing it, which was smart because Jeff would’ve said “this is fake” but this way, he basically just gave it to Jeff to hold. This was more than enough to trick Sebastian, who is simply dumb as a rock. He didn’t even play his extra vote and just voted for Donathan. Everyone else besides Donathan voted for Sebastian and he went home. Great move by Dom.

Wendell won immunity again. He had this idol still. Dom still had his idol. Was pretty obvious Donathan was going home. Before this, I was getting pretty nervous the Final 3 was going to be Dom, Wendell, and Donathan and the jury would vote Donathan because he was the likable underdog and they’d say Dom and Wendell were bullies. Luckily, Donathan just went home. Dom obviously played his idol for himself. And since it was the last opportunity to play it, Wendell gave his to Laurel. It seemed unnecessary since they knew Donathan was going home, but ended up being a million dollar move. It was a big play right in front of the jury’s eyes, and the speech about her being like his sister was cheesy but ended up securing Laurel’s tie-breaking vote. This will go down as one of the more underrated moves in the game’s history.

Also how about Sia giving Donathan $10,000 just because she likes him? Get lost, Sia. I hate her getting shine as the world’s biggest Survivor fan. I’d whoop her face-less ass in a trivia contest.

Good final immunity challenge. Like when it’s something like this as opposed to a big obstacle course like Season 22 (when Boston Rob won). My favorite are endurance ones like Borneo, or Fiji, but this was cool too. Dom won and obviously couldn’t save Wendell. I like how they had a mutual understanding of that. Nothing like JT and Stephen where they wanted to go up against each other. They each knew how big of a threat the other guy was.

Dom could either send Laurel or Angela against him in the firemaking challenge. I think Angela was probably the right move. He didn’t have to worry about either of them beating him at Final Tribal Council and as a veteran, Angela had better shot at making fire. Laurel wanted no part of it. Dom also could have given up immunity and tried to beat Wendell himself. I thought this would have been a dumb move. You don’t want to play an amazing game and then lose because you can’t make fire. Obviously, he lost to Wendell in the end anyway and this would’ve given him a chance to beat him, but still. I’d rather just trust myself to make a pitch to the jury than I’d trust myself to make a fire. But I’m also weak and pathetic.

Another quick shoutout to Angela for another astoundingly dumb move. All season long the color purple had good luck and orange had bad luck. For the challenge, Wendell’s set up was orange and hers was purple. Wendell was flustered. Obviously, the color doesn’t impact the fire, but it did matter because Wendell could have got in his own head and gave up if he couldn’t get a spark early, convinced he was cursed. So what does Angela do? Just says “Oh Wendell, you want this seat? Here let’s switch.” Mind-boggling. Like she had no idea they were competing against each other. It’d be like the Cavs telling the Celtics “Oh you guys can keep home court for Game 6.” Wendell won easily.

Also, Dom’s advantage being to choose what urn the final votes get read out of was the dumbest “twist” ever. Nobody gives a rat’s ass.

I like the new format. It’s much better (for the game and TV) as an open forum where everyone speaks back and forth and gets to call each other out. Only problem is some people don’t get to talk because they’re zeroes. But whatever, I guess that’s what they get for being zeroes. I also like how they got to make closing statements, wish there were still opening ones too though.

I actually thought Dom “won” FTC. Jury seemed to agree with him and defend him a lot. He defended his game really well. Wendell did fine too, but I thought Dom was better. Laurel…. thanks for showing up.

As for the jury, Sebastian was really annoying at FTC, just looking so stupid and being mad at Dom for his great move. Chelsea said zero words, just like the entire season. Kellyn was her typical annoying myself. Michael made some good points and was the most vocal of the jurors. I respected Chris for swallowing his pride and giving props to his rival Dom.

Jeff coming back and saying “I’ll read the votes” immediately was amazing theatre. Poor Laurel must have been under so much pressure to make the tie-breaking vote, but it was probably an easy decision for her to pick Wendell. The live finale read was so weird with just one vote being read.

Overall, it was a great ending to an average season. It started off terribly, was average postmerge, and was great at the end. Shakes out to a pretty good season. Better than last one for sure. The edit heavily favored both Dom and Wendell and now we know why, the first tie ever. Gotta feel bad for Dom. I would have voted for him but Wendell was definitely deserving. He was social, strategic, and won challenges. Both played great. I found it interesting that the five jurors who got voted out first (Chris, Jenna, Desiree, Libby, Chris) all voted Dom. Weird split. I think they were the more likable and better of the five jurors anyway, so Dom can hang his hat on that. But Wendell can hang his hat on a million dollars. We’ll see Dom play again.

Speaking of playing Survivor, I have to get on this god damn show. I want it so bad. Some kids dream of being rock stars. Some dream of winning Super Bowls. I dream of Day 39 breakfast and getting announced as the winner at the live reunion show and the theme music dropping in background. I daydream about it in the shower, before I go to bed, when I’m on the train. I play whole seasons in my head. I need this. If anyone knows anyone who can help get me on, let me know. I’m sure CBS would like Stoolies watching a show that most people say “Wow, it’s still on?”

I applied twice already, but it’s been a few years since I have.

Now how would I do? With a clean bill of health, I’d probably win. I’ve studied the game too long where I’d just have to. I’d be kept around premerge strictly because I’m a young male and people would assume I’m useful in challenges even though I won’t be. But I won’t be a challenge threat postmerge and will be building social relationships until my balls fall off. I’d probably do some flashy moves too and do weird stuff around camp just to help keep it interesting.

Now the problem? Well I’d drop dead on that island. My health stinks. I hate bugs. I hate sunlight. I hate getting sand in my pants. I’m on so many medications. The dirt would get in my contacts. I’d probably get an ear or sinus infection by Day 6. My acid reflux would be acting up. It’d be a disaster.

But I need to give it a try. Hit me up, Probst.

PS: I can’t believe Kevin Hart showed up at the finale last night. Thought for sure that’s one thing he wouldn’t invade. Guy is now truly everywhere