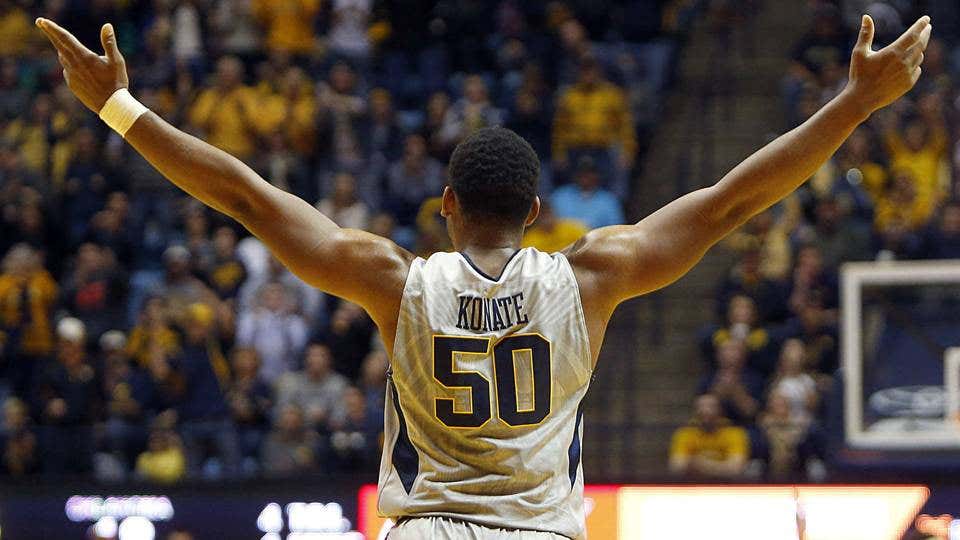 West Virginia gets Sagaba Konate back

We’re starting to find out who is coming back and who isn’t although players have until May 30 to announce their decision. That said it’s not a huge surprise that Konate is coming back for another year. He didn’t have the best measurements at the combine and is limited on what he brings to an NBA team right now. He can work on his offensive consistency this season at WVU and possibly be a second round pick next year. This is big for WVU though, who now brings back Konate and Esa Ahmad, something that they needed to do after losing Jevon Carter, Teddy Allen and Daxter Miles.

Luke Maye returning to college
Another no-brainer here is Maye returning to UNC. He’s one of those players that is a good college player but not sure if he’ll be an NBA guy. He has the ability to stretch the floor and rebound well at the collegiate level, but not sure if his shot is quick enough at the NBA level. That said, this is another important get for UNC, who will be trying to compensate the losses of Joel Berry and Theo Pinson. UNC will roll out a core of Kenny Williams, Maye, Nassir Little, Coby White and Cameron Johnson, which should have them as a consensus top-20 team heading into the season.

Tennessee gets its Admiral back

Admiral Schofield also announced that he will be returning to college. Tennessee, the co-SEC champs last season don’t lose much, but the duo of Schofield and Grant Williams should keep them in the top-3 of SEC preseason rankings now. He averaged 14 and 6 last season for Tennessee after playing a career high 28 minutes per game.

Auburn, the other co-SEC champs last season currently has four guys testing the NBA waters. That said, Bruce Pearl said he expects to get back all four – Austin Wiley, Mustapha Heron, Bryce Brown and Jared Harper. Brown was the leading scorer for Auburn last season while Heron might be the most intriguing decision after being a McDonald’s All-American. If you know the name Austin Wiley, it’s because he was forced to sit out all of last season due to the FBI investigation and was expected to be a breakout player, especially after playing for the U-19s in Egypt last summer. If Auburn gets all 4 back, there’s a chance the Tigers will be a top-5 team heading into the season, but will be a consensus top-10 team.

DePaul beats out Michigan State for a 4-star

Don’t let DePaul get hot! Earlier this week, DePaul landed Romeo Weems from Michigan. Weems is a 4-star in the Class of 2019 who picked DePaul over Michigan, Michigan State, Ohio State and Oregon. He’s currently a top-50 prospect by pretty much every outlet as a 6’6″ wing. This is a vital commitment for DePaul, who is desperately trying to gain some relevance and get out of the basement of the Big East standings. The Blue Devils did move to Wintrust Arena last season, which is important to help draw recruits and fans, but they’ll still need results eventually.