I could sit here and watch Giancarlo Stanton hit bombs all day. I mean I basically do that now that he’s playing the Orioles 19 times a year, but it’s so much sweeter when it’s not against the Os. I remember him hitting this bomb and just laughing. I mean, he makes it look so easy.

The guy hits balls out of stadiums like he’s swatting a fly. Just a simple flick of the wrists and that ball is on the LA Freeway. Pound-for-pound he’s probably the strongest guy in the league, and now that he has proved he can stay healthy for the last few years, he is putting up the #s we thought we would see out of him. Easily one of my favorite players to watch, and god damnit do his home runs look sweet, especially when they’re flying out of the stadium.

PS. It’s never good if the pitcher looks like this after he lets the pitch go. 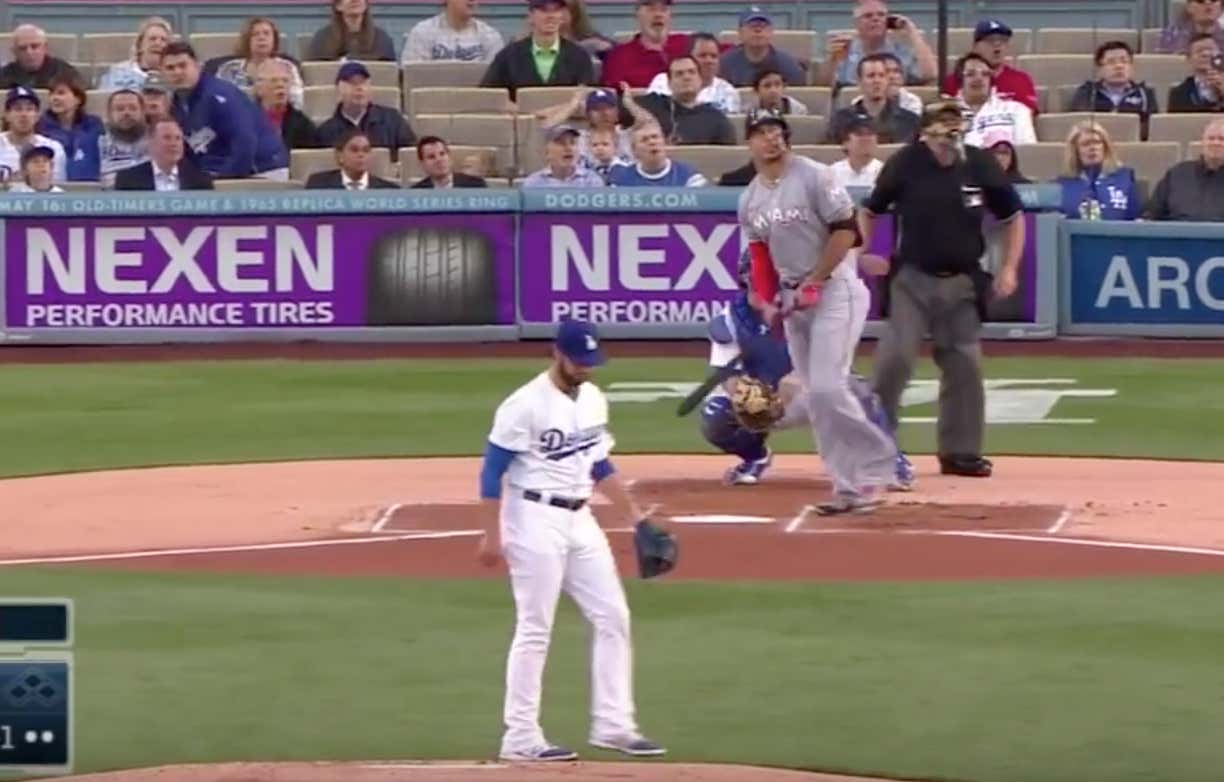