Well, these gents have finally been charged from their Winter Adventure; both suspended without pay. Quick refresher…

Over the weekend, Toronto police carried out a raid at Community Cannabis Clinic, a marijuana dispensary at St. Clair Avenue West near Dufferin Street.

…the marijuana edibles the officers ingested are believed to have come from this dispensary. It’s unclear if the officers participated in the raid over the weekend.

The officers began to complain of “hallucinations” and one made a call for an officer needing assistance. Both officers were found in a police vehicle and later treated in hospital.

During the call, another officer responding to the scene slipped on ice and required medical attention. That officer suffered a head injury.

Allow myself to call the cops on… myself.

The most eye catching part of this whole gaggle of a story for me is that there’s still apparently ice on the ground up there. Brutal.

*Update: Kate realizes event is old after posting, only the charges are new, she refuses to take it down because kind of dumb, proceeds to write weird paragraph in 3rd person & sticks to belief there is still ice on Toronto ground in Summer* 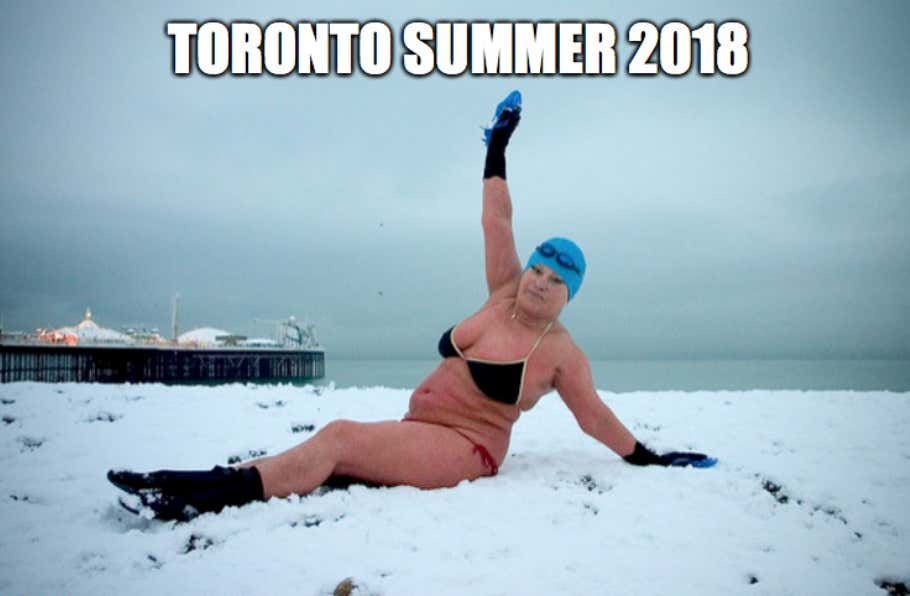 Also, I wish I could have been a fly on the dispatch radio for this. Always one to give the benefit of the doubt, I’m assuming they were going wayyyy undercover & got sucked in too deep. Either that or they’re just, like, super cool and had themselves a bad day.