So apparently to start off practices on the road during the playoffs run so far, the Caps have one guy go out there and rip a quick lap while the rest of the squad cheers them on. Ovechkin has been doing it the last few times and I guess it’s somehow working since the Caps are 7-2 on the road so far these playoffs. But after losing game 5 on the road last Saturday, they decided to go with somebody else. So it was Barry Trotz ripping the hot lap this morning and… well… I mean… buddy can still kind of wheel around out there. I mean he’s no Connor McDavid or anything but he definitely makes it down the ice at least as well as your average beer leaguer. Think about it. The guy is 55 years old. He’s considered a vet in the over 40 leagues. His strides might be a little choppy and he was already gassed after the first turn around the net, but he’s still cookin’ out there. And apparently he thinks he still has room to shave a few seconds off of his time.

I’ll tell you what I need to see, though. A 1v1 matchup between the coaches a la D2: The Mighty Ducks. You’ve got Barry Trotz out there having a good time and laughing it up with the boys. Then you have Jon Cooper coming out giving off some serious Wolf “The Dentist” Stansson vibes. 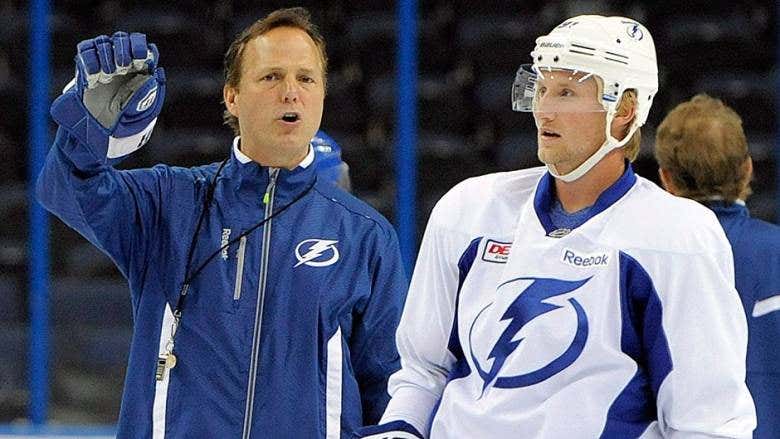 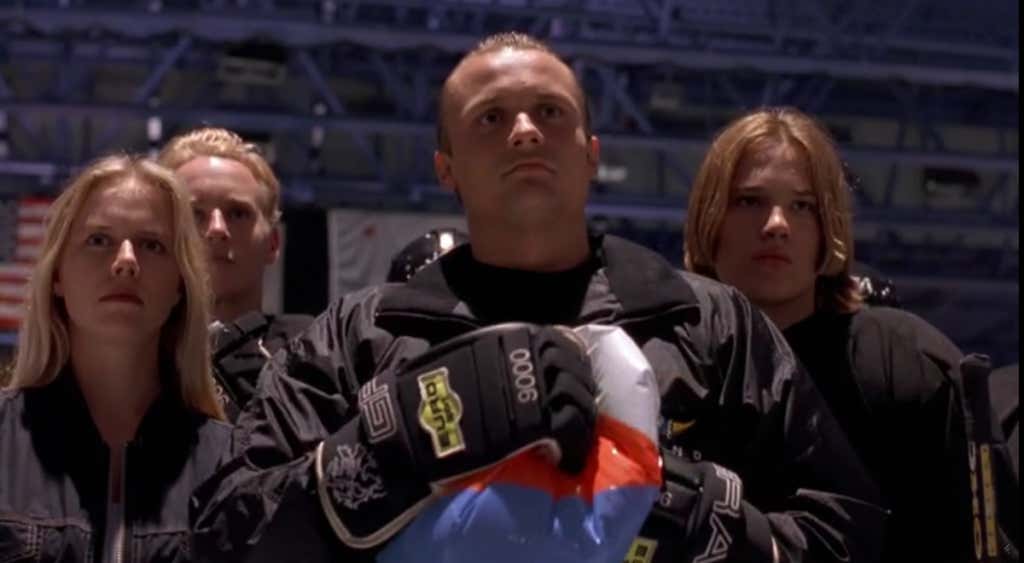 Cooper will come out surrounded by Stamkos, Victor Hedman, and some random smoke from the Tampa Bay Area. Probably this girl from that “We Want The Cup” video a few years back. 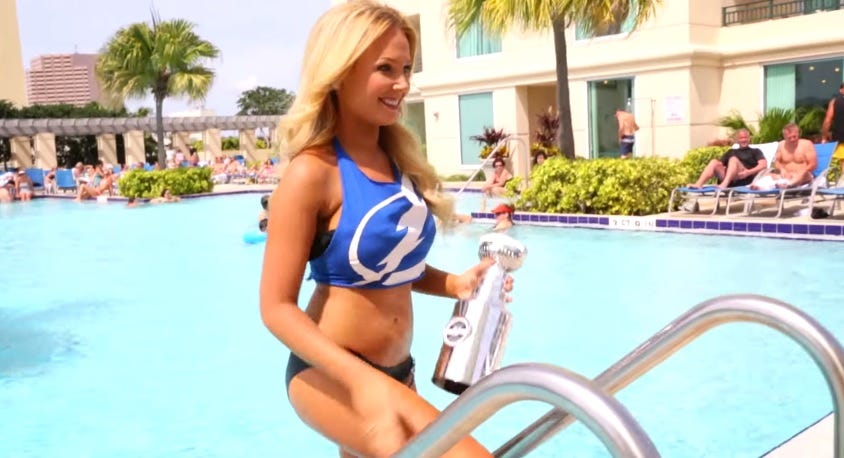 Now if we just rip the entire plot line from D2 then that would mean that while Trotz would get his knee taken out by Cooper in the 1v1 game, the Caps would emerge victorious in game 7. Which we obviously don’t want to happen. I still need to see these guys go at it 1v1 but then after that let’s rewrite history. Let’s flip the script. Time to Bolt Up, boys. Fuckin’ Tampaaaaaaaaa.