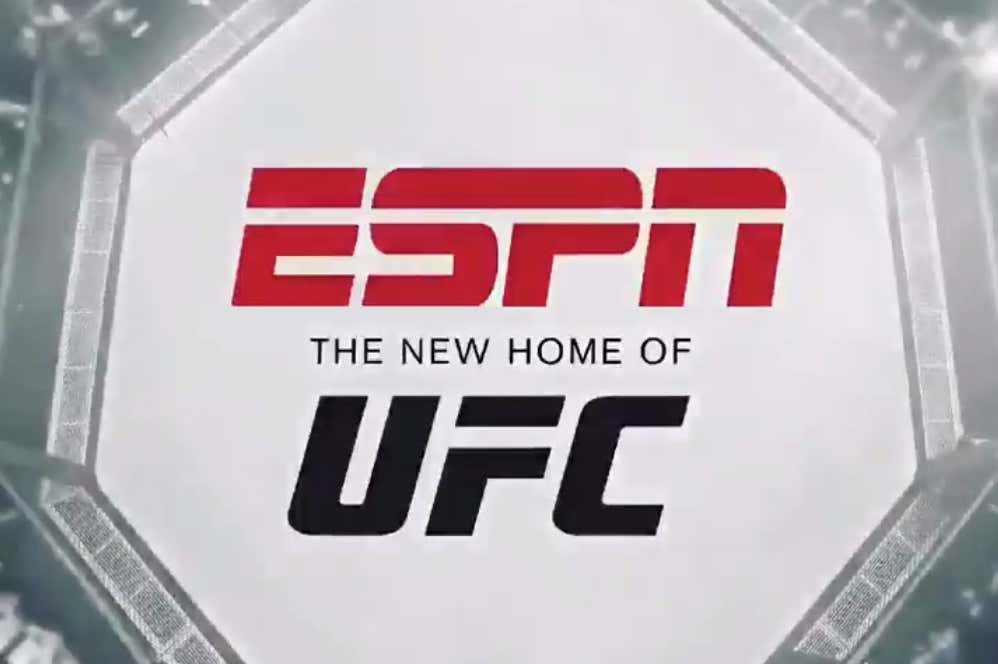 TheMacLife- The American conglomerate has bid and attained the UFC’s entire distribution package, taking over from Fox Sports. It comes just a couple of weeks after the two companies announced an online deal in which ESPN’s streaming service ESPN+ would host 15 live UFC events for a reported $150 millon a year over five years.

This new deal comes, as reported by the Sports Business Daily, after ESPN out bid Fox Sports with a total of $1.5 billion over five years. That figure includes the aforementioned $150 million.

The television deal will include including 10 full events, 12 pay-per-view preliminary cards, and a further five events for ESPN+.

The UFC’s long chase for a television deal is finally over. The worldwide leader in sports in now the home for the worldwide leader in MMA, and if you’re a fan of the sport, this means seemingly nothing but good things for you. It kinda pains me to say it, because it’s ESPN, but literally everyone I’ve spoken with in the company (from fighters, to interviewers, to commentators, to folk on the production team) is over-the-moon about the deal, and for one main reason (aside from the $1.5 BILLION DOLLARS)…

Almost nothing changes on their end.

UFC maintaining control of their broadcasts is something that’s a bit shocking with a company as big as ESPN, paired with how much money is on the table, but definitely the right call. I’ll be the first to admit I complain about their pacing issues on FS1 Fight Nights just about every Saturday night, but aside from that, UFC’s production doesn’t come with many other negatives. King Goof Dana White overlooks everything and has input on every little aspect of production as well, which probably plays a huge factor in how happy he is about the deal…

Personally I don’t know too much about the business of television rights, so I can’t speak much on the analytics here, but I can speak to how I feel about this as a fan, and again, it’s GREAT. I think this connection has been a long time coming (apparently John Skipper hated MMA, preventing this from happening for a while, that motherfucker) and as long as they stay true to letting UFC handle the product on broadcasts, the overall watching experience should improve a noticeable amount. ESPN+ (where 20 Fight Nights and all UFC on ESPN Fight Night prelims will live as opposed to UFC Fight Pass) is super cheap and easy to use, the pay-per-view model is staying exactly the same, and ESPN is obviously what they are. I’d expect most FOX analysts/commentators to retain their current positions with the exception of maybe a handful of swap-outs, which is another bonus.

This connection is also for sure not a surprise after FOX scooped up the WWE, unloading a dump truck of money into Vince McMahon’s driveway. ESPN has clearly stepped up their MMA coverage in the past few years with Brett Okamoto leading the charge (one of my favorite journalists in the industry), and they most recently hired Ariel Helwani to spearhead their team and host a weekly podcast with fighter/fairly longtime ESPN analyst Chael Sonnen. A HUGE get, obviously.

Still, fuck ESPN, but god damn this sounds enticing. The whole deal will come into effect in January 2019.