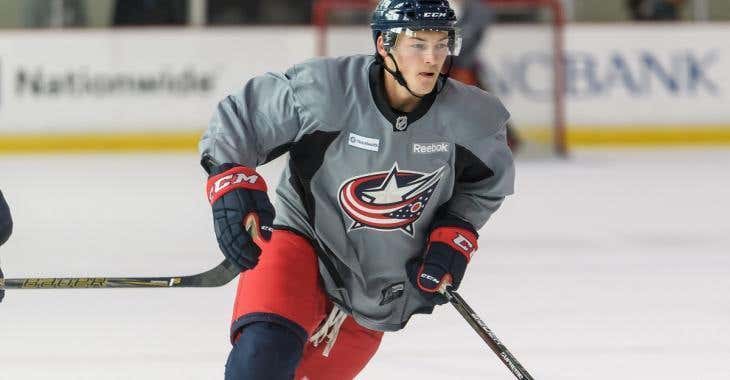 Carson Meyer was a 6th round draft pick in 2017 to his hometown Columbus Blue Jackets. He’s from Powell, Ohio. Spent his early hockey playing career with the Ohio Blue Jackets youth organization. Went on to play at the Miami University (Ohio) and had a pretty solid freshman season. 10 goals and 26 points in 32 games as a freshman last season. Not too shabby.

This year was a different story, however. He had 6 goals and 10 points in 34 games as a sophomore. That’s a pretty significant drop-off. But it’s not because the kid just all of a sudden started to suck. He said he was constantly feeling fatigued throughout the entire year. That he had lost his appetite. That he dropped from 186 lbs to 170 lbs and not just because he wanted to be ready for beach season. Something was clearly wrong with Carson Meyer this year but nobody could figure out what it was. Thanks to this report from The Athletic, however, now we know. And it is fucking disgusting.

On Feb. 27, Meyer finally got an answer. Not from a visit to a doctor’s office, but a trip to the bathroom.

“I was going to the bathroom, just like normal,” Meyer said. “And it came out.”

It was a 25-inch tapeworm — the head, the neck and all of the segments, about 50 of them. It was orange. Meyer almost fainted.

“I FaceTimed my mom and was like, ‘What the hell is this thing?’ ” Meyer said. “I was freaking out. Absolutely freaking out.”

Holly Meyer said she’s never been so horrified, or relieved.

No, no, no, no, no, no. A million times now. I wish I could stab my eyes out of for even reading that. I wish I had that Men In Black memory-erasing shit so I don’t have to ever remember hearing about a Columbus Blue Jackets’ prospect shitting out a 25-inch orange tapeworm. And if I have to read that shit, then so do you. Hope you didn’t just have your breakfast.

This right here is the type of shit that was living inside of his body. 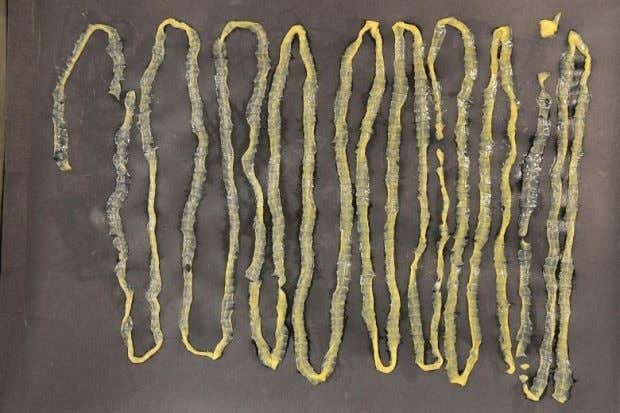 Fuck that. Fuuuuuuck that. No wonder the kid was dropping weight like a 40-year-old internet mogul on adderall. The kid was feeding a 25-inch tapeworm every time he eat a meal. And according to the report, he was feeding this monster for more than a year.

The worm was immediately recognized as a tapeworm by doctors at Miami U., but it was sent to a lab in Utah for closer inspection.

And just like that, fish has been taken off of my personal menu for the rest of eternity. Cuncel da seafood. Sushi, salmon, tuna, tilapia. If it comes from any body of water, it can kick rocks. I’ll be over here eating chicken nuggets for breakfast, lunch and dinner every day and not having to ever have a worm come out of my ass.

I mean actually imagine shitting something out that is 2 feet long and then learning that thing was inside of you for at least a year. How could you ever take a peaceful shit again? Every time you pop a squat I’d be worried about another alien coming out of my ass. That is a significantly life-altering event. Luckily it sounds like Carson Meyer has been taking it with strides and is on his way back to being the same player/guy he was before the tapeworm. But you know he’s a liar if he says he doesn’t at least check every time he takes a shit now.

Either way. Here’s to hoping this kid comes back next season (and can successfully transfer from Miami to Ohio State) and absolutely tears it up. If you shit out a 25-inch tapeworm that pretty much sabotaged your entire season, you deserve to go out the next year and at least put up somewhere around 20 and 25.