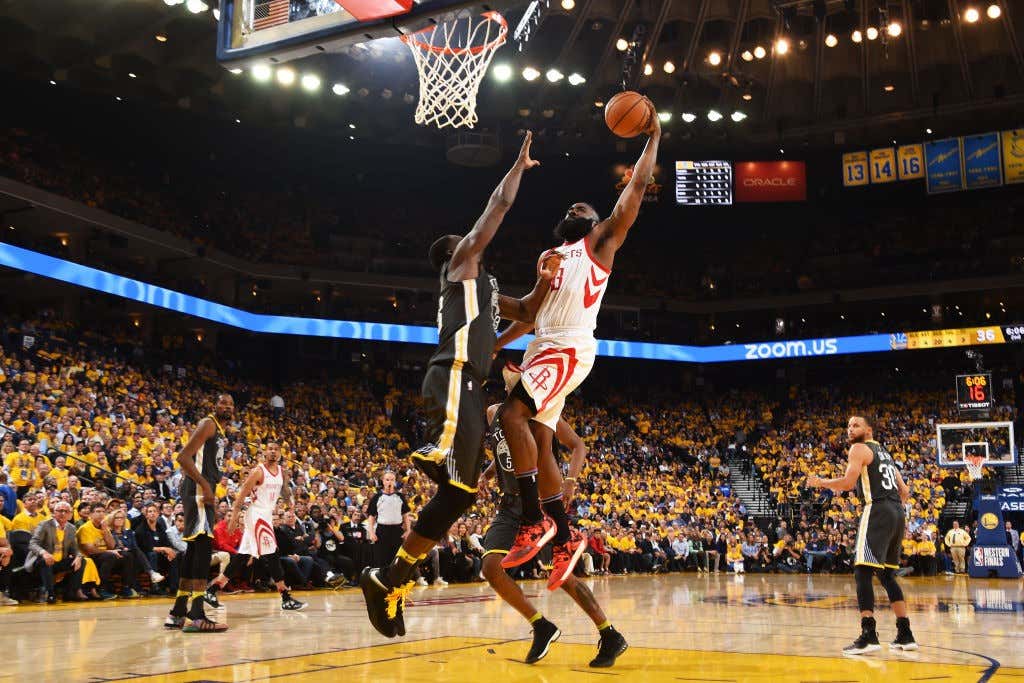 That’s what I’m talking about! Finally, finally we had ourselves a competitive Conference Finals game. It took forever to happen but boy did the Basketball Gods deliver tonight. This game had everything, a hilarious 12-0 start for the Warriors, a huge run by the Rockets to enter the half with the lead, then a Warriors third quarter run to seemingly take control only for the Rockets to punch right back with a 24-12 run to pull off the win and tie things up at 2-2. Haymakers being thrown by both sides, first with Curry making everything he threw up, and then CP3 with some pretty wild responses. This looked way more like the two teams we saw all year, and you have to give the Rockets credit for responding time after time and willing the momentum back into their favor as they return home with a chance to go up 3-2.

In a game like this, you need your stars to show up, and that’s exactly what the Rockets got. Harden and CP3 combined for 57 of the team’s 95 points, and they needed every single one of them. Despite neither team shooting well, thanks to a pretty big 27-14 FT discrepency, the Rockets turned up the defense in the final 12 minutes holding the Warriors to just 12 points. It was really pretty shocking to see the Warriors sort of fall apart offensively down the stretch like they did. Some very questionable shots from Durant, followed by that final possession. Not only does Steve Kerr not call a timeout, but they all seem to panic, Klay goes to the corner which you never want to do in that situation, and they didn’t even get a good look. Bizarre stuff some such a disciplined team.

As far as I’m concerned, the 41 point beatdown doesn’t even exist. The goal of the Rockets was always to split and they came through. After it looked like this series was over, once again everything changes. Now we have ourselves a series, and the pressure now swings back to the Warriors. Buckle up.