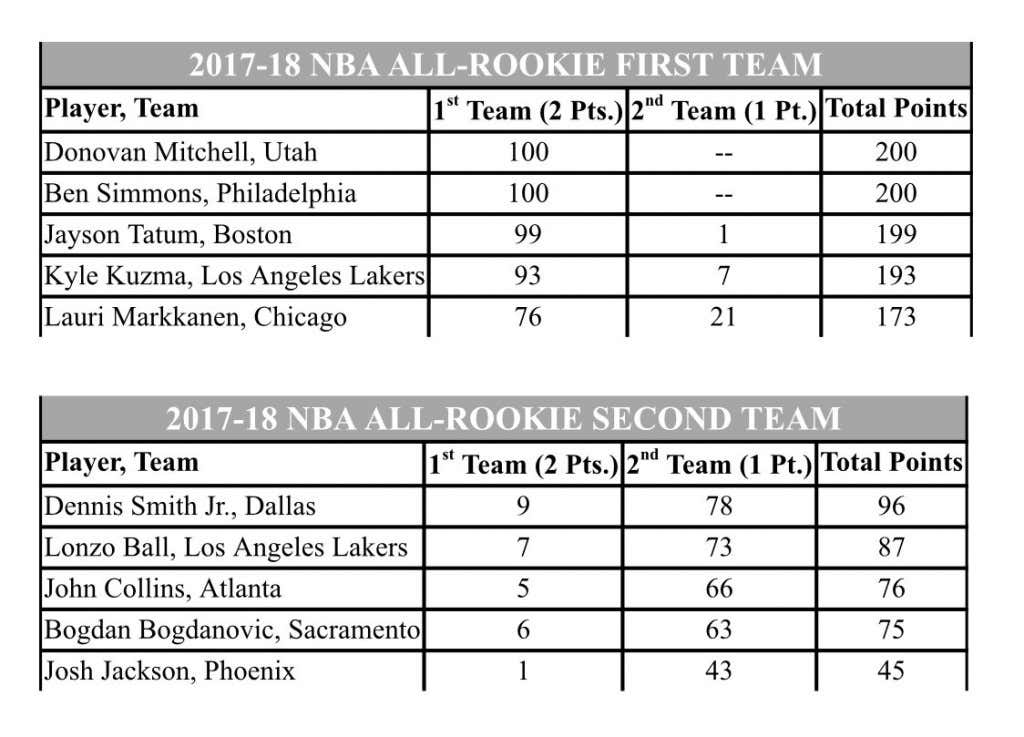 We’re at the point of the season where the NBA Award winners/All NBA/All Rookie Teams are going to start being announced, and we now have our first look at the 10 best rookies from this past season. As a reminder, in my NBA Awards preview blog, I had it broken out like this

Close, but I guess I valued Josh Jackson’s season more than Baby Dirk’s. That’s on me. I also am not that surprised to see Bogdanovic get the nod over Brooks, they were both really strong in my opinion. Honestly Bogdanovic may have been the best rookie nobody really talked about, so it’s cool to see him get some recognition here. The Kings are loading up on young promising talent, so keep an eye out for then over the next few years.

In terms of the only rookie I truly care about on this list, Jayson Tatum became the first rookie since Pierce to make the 1st team, so if you were looking for the Pierce/Tatum comparisons to stop anytime soon, I have bad news for you. It’s also not that surprising that Mitchell and Simmons only got 1st team votes as they were talked about all year as the two best rookies.

I think in a few years we’ll be looking back on this draft as one of the greatest all time, up there with the 96, 84, and 2003 classes. We’ve already seen a few of these kids dominate in the postseason, and it wouldn’t shock me if this was not the last time we see some of these names during NBA Awards SZN.

If you had to guess, without knowing what team/situation this year’s class will end up in, who are your early favorites to make these All Rookie teams next year?