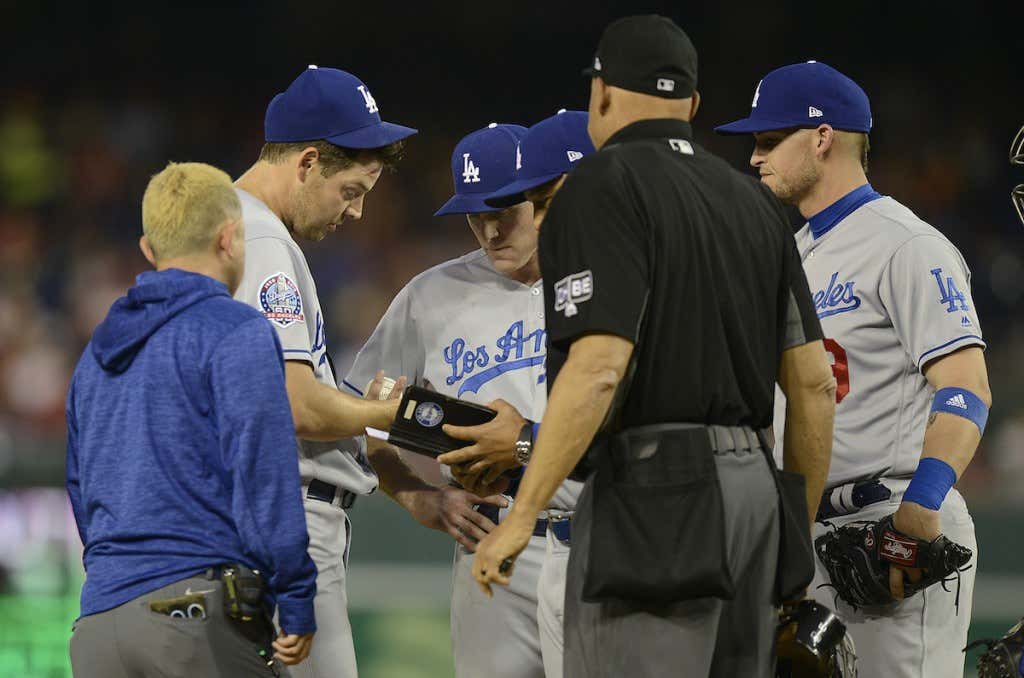 Love Rich Hill. Shout out Milton, MA. He’s one of the best success stories in professional sports over the last decade or so, but he’s had a lot of trouble avoiding blisters over the last three years or so. It started when he was in Oakland in 2016, Hill spent time on the disabled list with a blister in late July. Once he was traded to the Dodgers, he missed a start with the same blister problem.

The following year, he hit the disabled list for a second time because of the blister issue in the first week of April, then he missed an entire month from mid-April until mid-May with a blister. This year, Hill was placed on the disabled list back on April 18 when a cracked nail got infected, returned on May 8 and went right back on the DL yesterday when a blister burst on the middle finger of his pitching hand.

Dodgers manager Dave Roberts said that it could be four weeks before we see Hill back on a major league mound, and in the meantime, Hill is trying out new methods to make sure that this doesn’t happen again, including laser therapy, apple cider vinegar, and doing pee pees on his finger.

I don’t know if any of these things work, but it’s worth a shot since the Dodgers are still in fourth place, six games under .500, and Hill has far and away the worst ERA on the Dodgers’ starting staff (6.20). When he’s healthy, he can be one of the most effective left-handed starters in the game. The problem is, he can’t seem to shake this blister problem. Hope he gets it under control soon.