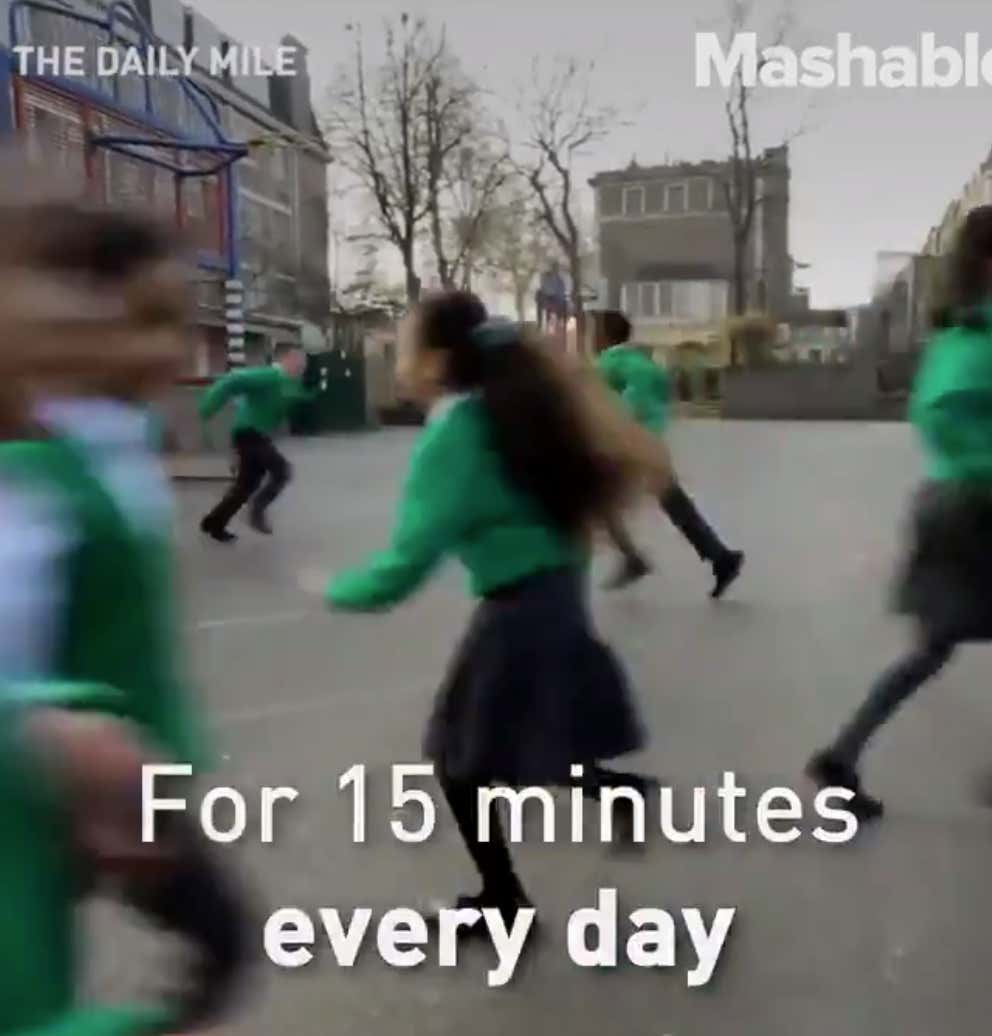 Over the weekend, this video from Mashable popped up on my timeline:

I watched it a few times in utter shock. I wanted to make sure I wasn’t hallucinating and watching a video from a tweet that didn’t exist. “A school initiative that encourages kids to run around for 15 minutes every day in fresh air….” wait, wait, wait, are you talking about….recess?!

Sure enough, the video did exist and it was talking about what was once called recess. Mashable described it as, “‘The Daily Mile’ is the brainchild of former principal, Elaine Wyllie, who was concerned about the fitness among students” below its tweet. Accounts like Mashable, Buzzfeed, and Now This love doing these videos of “programs” and “initiatives” in other countries outside of the United States to shame red-blooded Americans. Your pretentious intellectual friend will share them on Facebook/retweet them on Twitter with a comment such as “time for America to WAKE UP and add a program like this one #NotTheBestCountryInTheWorld.” I usually ignore videos like this one, but this one was so absurd I did a little bit more research. I mean, this principal is being praised for a, and I quote, “brainchild” that is just a hybrid of a concept that has been around since 1884: recess. Turns out this principal was awarded TEACHER OF THE YEAR for starting **recess:** 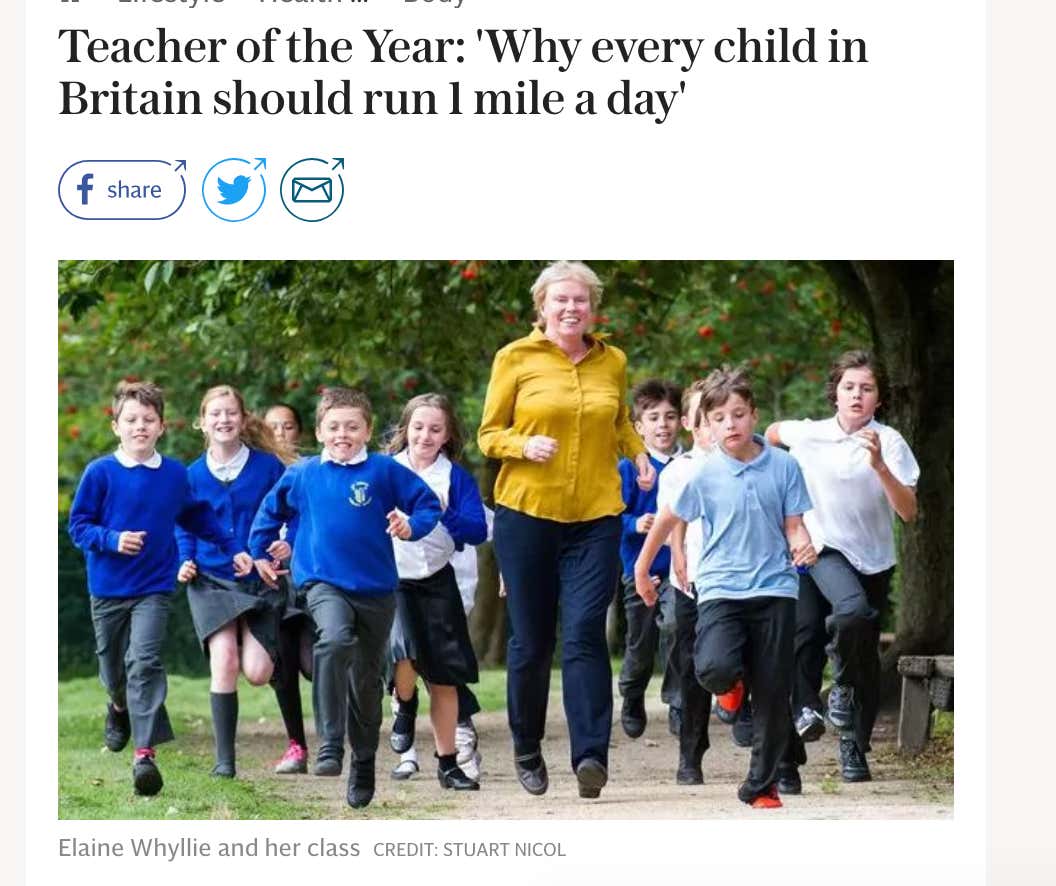 I commend Elain Whyllie for focusing in on physical education, but I think we need to pump the breaks on calling this idea “brilliant:” 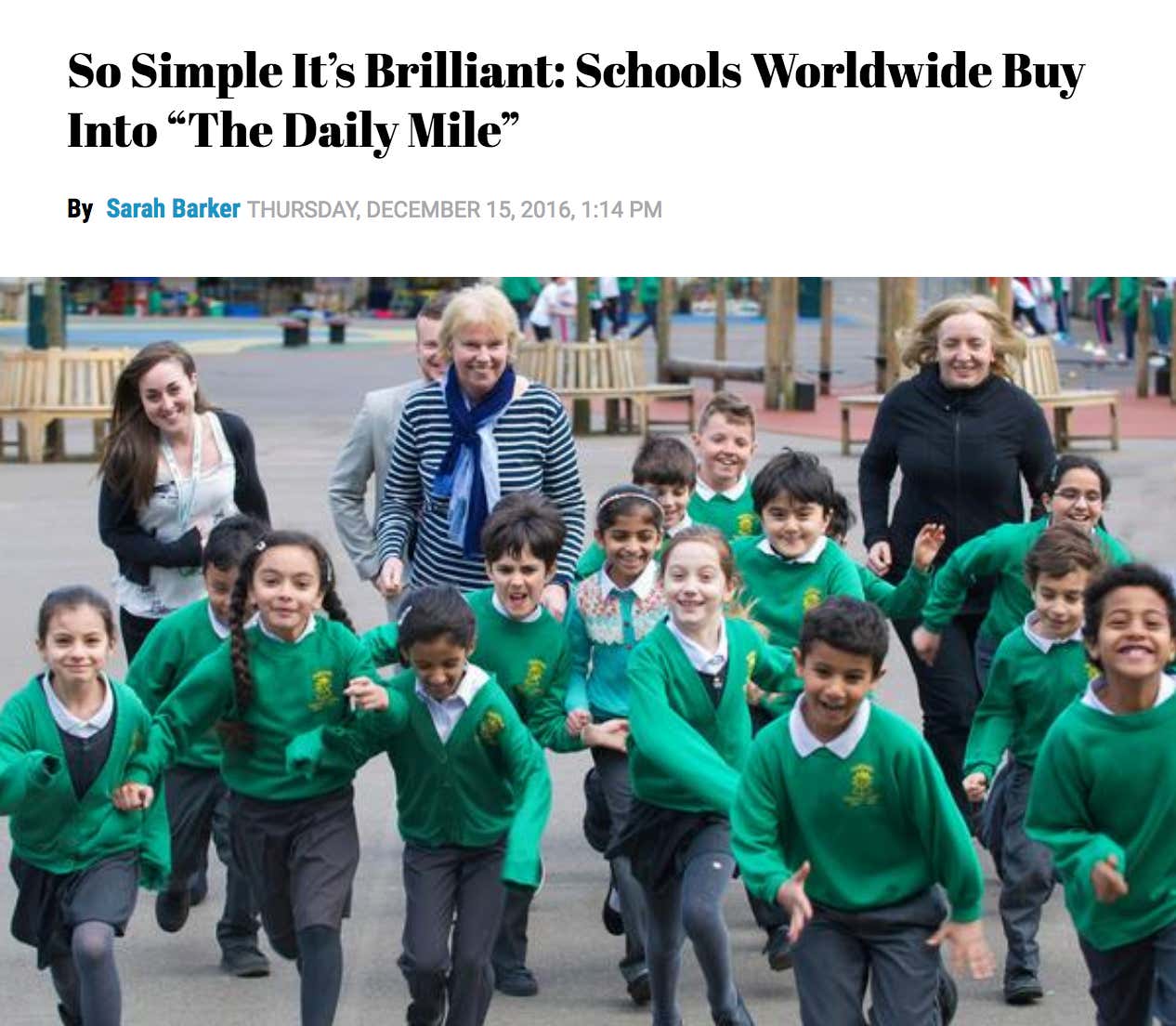 Now, let’s go back to the video where the praising of recreating recess continues with a wide panoramic shot of the principal looking out into the schoolyard like she’s the manager of Manchester United: 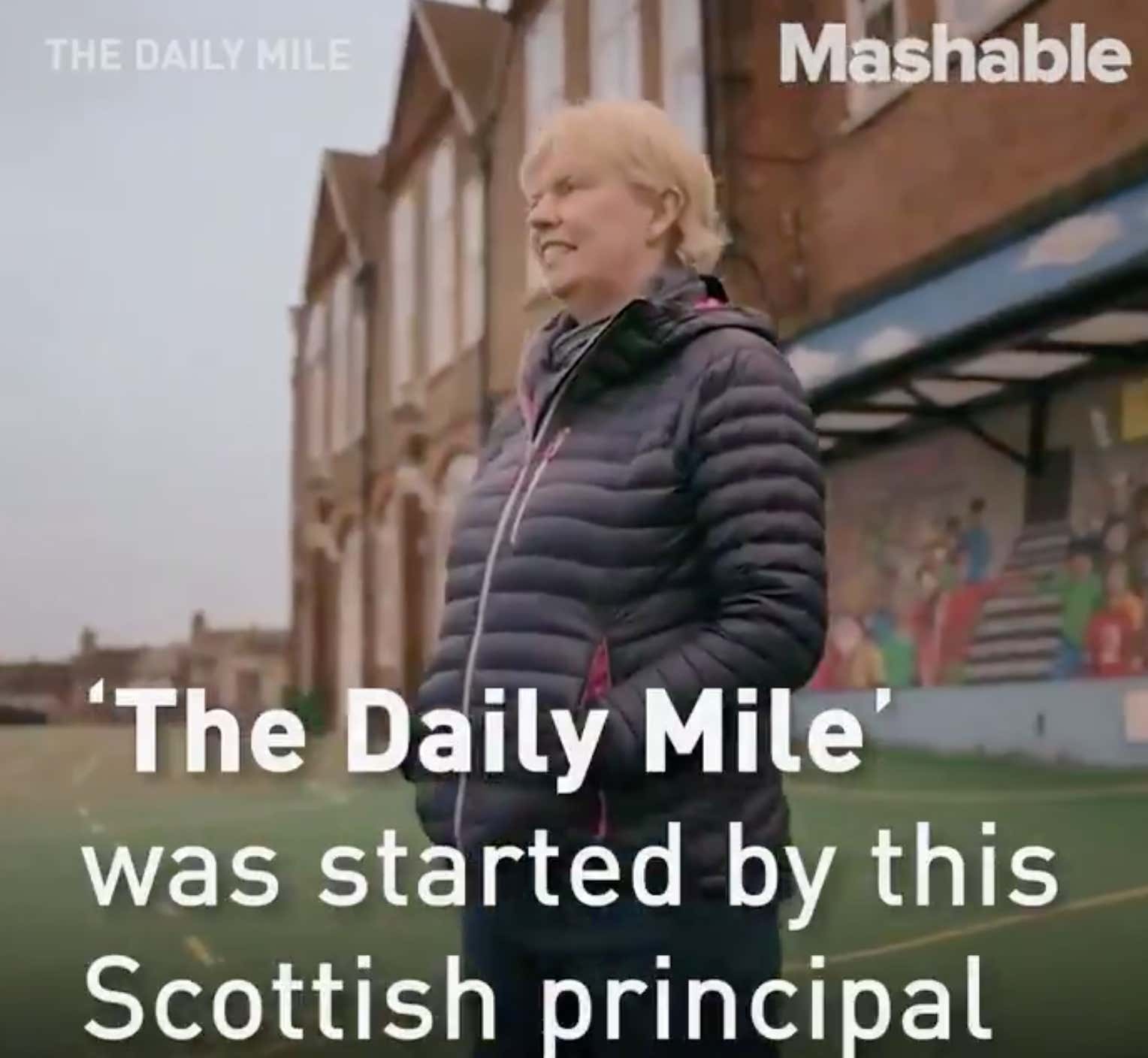 “Using a program that could be copied elsewhere without adding any costs to schools” yeah, no DUH.

Mashable goes on to feature an interview with a student who takes part in “The Daily Mile.” The young lad says, “The Daily Mile makes me feel happy because you don’t always have to, like, run, you can jog and talk to your friends.” You know where else you can do that?!? You guessed it: 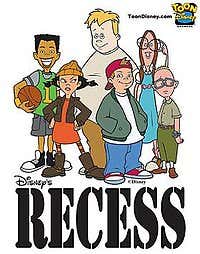 You can count this up as another win for America. USA: 1776, The Four Countries That Make Up The Country Of The United Kingdom: 0.