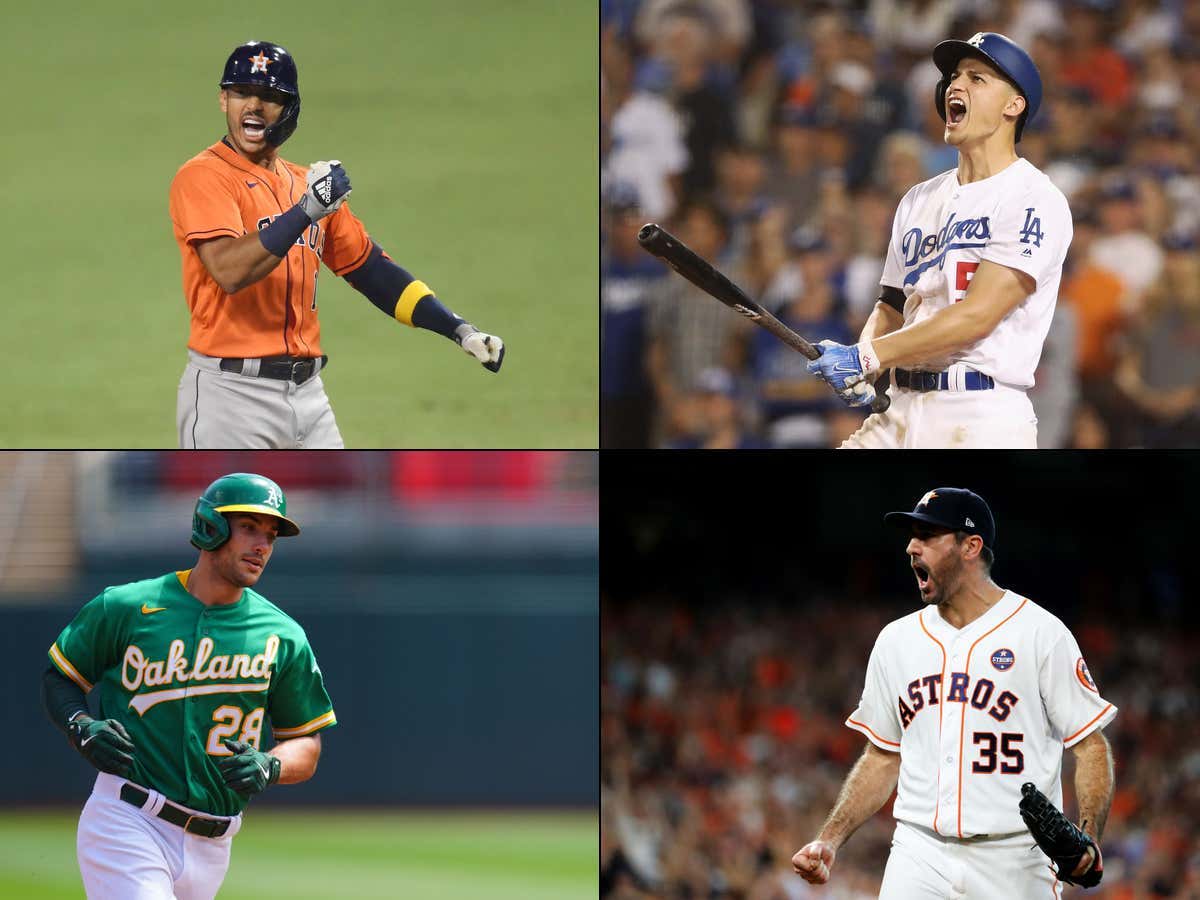 The Yankees offseason is in full swing as we reach mid-November and boy are they in the thick of almost everything. You name a guy potentially available and they're right there linked to them. We're talking the obvious suspects like Carlos Correa and Corey Seager, but also guys like Verlander, Bryan Reynolds, Starling Marte and Matt Olson. The early vibe I've gotten is that they are poised for a 2008-esque offseason to really change the beat and wake up this dormant franchise. They need it badly. I need it for my own well being. So what's going to happen? Who are they rumored to be interested in?

The Yankees have to fix a lot if they want to be a true contender in my eyes. 2021 was BAD, like embarrassingly bad. Shortstop, centerfield, first base, catcher, and pitching are all in need of upgrades. There is constant debate within the fanbase between Correa and Seager. For me, if they land either I'll be fucking ecstatic. If I have a preference it's Seager, but not because Correa was part of the Astros scandal. If you're still butthurt about that now then get over yourself. He's a very good hitter a gold glove defender, and a great heel to have on a team that desperately needs an edge.

Seager has the best hit tool of the crop and is a lefty which plays for this righty heavy lineup and the short porch in right. He's not the defender Correa is by any means, but he'll eventually move over to 3rd when Volpe/Peraza are ready. Worse things. Seager hits high velocity pitches better than most, which is a great projection for how a guy will age at the plate.

Both guys have an injury history and I'd lean Seager in that department for the side I'm less worried about. Gun to my head, I'm a Seager guy. I'll side with the lefty and the better hitter any day, but again I'm completely on board with Correa if they go that route. I think it's great that Cashman said he doesn't care about the fan reaction with Correa though. That would just be so fucking stupid to factor in. Get the guy who makes the most sense and bring him in.

When Cashman spoke to reporters outside the GM Meetings the other day I thought it was surprising, but also welcoming that he mentioned center field as a priority along with shortstop. Aaron Hicks is under contract through 2025, but has proven he cannot stay healthy out there. Even when he's been on the field the production has been streaky at best. Brett Gardner simply cannot be playing 140 games again. He's currently a free agent after both sides declined their 2022 option, but I wouldn't rule out a reuniting at the last hour after the dust has settled with the rest of the offseason. Still, it's important the Yankees go get themselves a centerfielder. A name that popped up today was Bryan Reynolds from the Pirates.

Bryan Reynolds is everything the Yankees need. He's a phenomenal two way player who hits for a high average and is under team control for years. With all of that considered, his asking price is going to be sky high. If the Pirates dangle him for what he's truly worth we're talking one of the Yankees prized possessions like Volpe, Peraza, or Dominguez. I could see Peraza being someone they'd part with, but that's about it. Reynolds would be a dream, but it would hurt no question, as it should. Free agent Starling Marte is another option, but his defense out there is not his calling hard. His offensive skill set would be a gigantic boost to this lineup, however and would make a prime candidate at the top of the order. Other options may be Max Kepler and Ian Happ. Whatever it is, upgrading this position for 2022 would be massive in my mind. I'm so fucking tired of Hicks and Gardner.

Now to first base. Anthony Rizzo came over at the deadline and was solid. He wasn't great, but he was solid. At 32 years old what kind of deal is he looking at? It seems by all accounts he loved New York and wants to return. ESPN projected him to get a 2 year $24 million deal. I cannot see him settling for that little and see it more like 3/60. The way I see it, Rizzo appears to be a fall back plan if they are not able to get Matt Olson from Oakland.

The A's are in full fire sale mode and everyone is available per their GM. Their 27 year old monster at first is their most prized possession and he will be there for the Yankees taking if they want him. Jim Bowden said it would cost Gleyber, Domingo, and Voit. I for the life of my cannot see the price tag being that low, but if it is you have to jump at it. Lots of Yankees fans still hold Gleyber near and dear to their heart and I'm not giving up on him, but if he gets you Olson you do it. Matt Olson just came off a season where he slashed .271/.371/.540 while playing excellent defense and smacking 39 bombs while driving in 111 men. I would fucking cum out of my eye balls if they were able to get him. I love Rizzo, but if we're talking a guy who is 5 years younger and just better, then you have to jump at that opportunity. Love Gleyber and there's time for him to bounce back for sure, but there is legitimate fear MLB going away from the juiced ball really took away his power numbers. In my mind, he's expendable and easily replaceable with the options they have. DJ, Seager or Correa/Gio/Peraza/Volpe make moving Gleyber hurt a whole lot less than it should. That's not even mentioning superstar international free agent SS Roderick Arias possibly on his way if New York is able to get him this offseason (they are the favorites).

In terms of upgrading pitching the Yankees had scouts in attendance for Justin Verlander's throwing session the other day where he reached 97 mph. JV is great and would be a much needed veteran voice in that rotation for Cole to bounce off ideas with, but he's 39 years old coming off TJ surgery. There are question marks, especially if he wants a 3 year deal. There's also the worry of how his numbers will be post sticky substance era after his resurgence in Houston prior to the injury. Signing Verlander would essentially be Kluber 2.0.  Other options for the rotation will be Jon Gray, Carlos Rodon, and Kevin Gausman. Luis Castillo would be awesome via trade but Cincy holds him to an extremely high price tag that I don't think New York wants to go to.

So yeah that was a lot. Did I fall into a classic Yankee fan trap of thinking they can get anyone and everyone? Yeah maybe, but all the signs seems to indicate they are about to have themselves an explosive offseason. What do I think can realistically happen? I'd say Correa or Seager happen considering the desperation at short. I think Matt Olson is very, very possible considering the noise you're hearing around him and his clear availability. I think Reynolds is a pipe dream in center unless the Pirates go full Pirates and take pennies on the dollar for him. Depending how much money they're willing to spend as a whole, Marte makes a lot of sense even if his defense isn't the best. Pitching wise, Jon Gray is a guy they've had their eyes on for a wall. The Rockies did not offer him a qualifying offer so he'd be attainable without having to give up a comp pick. He just makes too much sense for me if I'm trying to think like them. So yeah I'm expecting a lot. Will it happen this month? With the looming work stoppage in early December you might see the Olson deal happen sooner rather than later. People may be more inclined to operate quicker before everything stops. Correa and Seager feel like they're gonna drag out considering the money attached, but it depends how long these guys want to be without homes for I suppose. I'm excited for what is to come because it seems there is a true fire lit under Cashman and Hal's ass to make a big splash in multiple areas. We break it all down on the show today.