Look, Nebraska fans might not want to hear this, but Nebraska should have never fired Bo Pelini. I'm sorry if that offends you, but that's my sincere opinion and it has been since his canning a handful of years ago. After joining the Big 10, which for Nebraska was an easy move considering the Big 10 Network's financial strength, they lost a lot of their ability to recruit in Texas and Big 12 country as a whole. That's not Bo Pelini's fault, that's just the nature of the recruiting landscape. They weren't playing games in Texas 2-3x a year anymore and it is hard to make a footprint when you aren't playing games in any given recruiting territory.

But Bo Pelini had Nebraska teams winning 9-10 games a year. Every year. Every goddamn year. 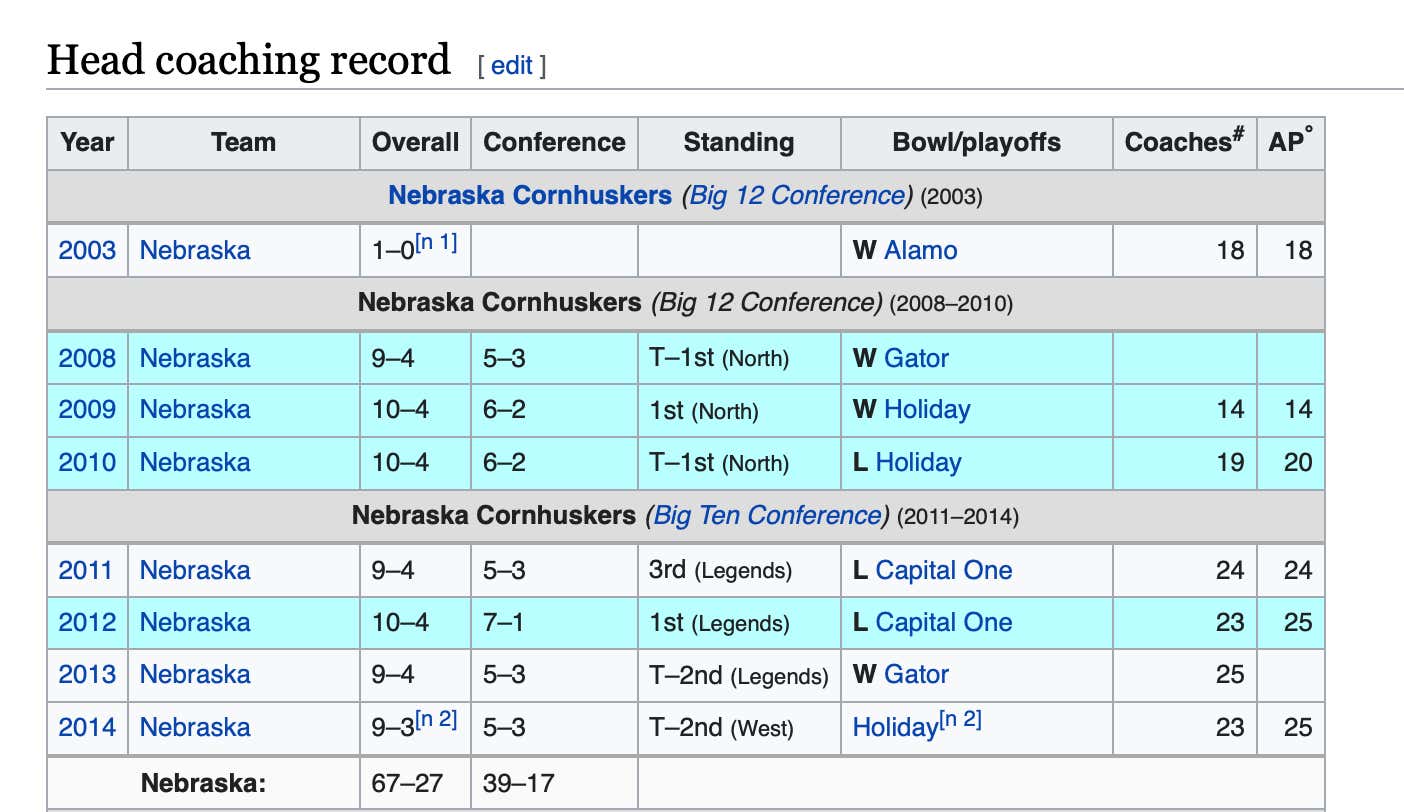 Scott Frost, Nebraska's "messiah" hasn't sniffed this level of success at Nebraska, and I contend that their next coach won't either. Pelini's really fucking awesome considering Bo Pelini and his staff had to completely rework their recruiting strategy and territory. It is what it is though. Bo's now doing Bo things and he swung by the Barstool Chicago office for a few hours last week to shoot the shit. I kid you not, he was one of the funniest guys to swing through our doors. Stories about Les Miles, Coach O, fucking with his grad assistant by putting ghost peppers on their sandwiches, and more.

Let her fly. I will say this, it's not a football interview as much as a bunch of guys sitting around a table shooting the shit and laughing it up. There was one point in the sea of bullshitting we did where I was in tears laughing at one of his stories. Shout out to former Cornhusker QB Joe Ganz for the 7 year connection that came full circle.

1. UNSUBSCRIBE FROM THE SHOW
2. RESUBSCRIBE TO THE SHOW
3. RATE THE SHOW 5 STARS
4. LEAVE A REVIEW SAYING "CHIEF HAS STINKY FEET"

That's it. Send a screen shot of this to @barstoolwsd and I'll send $75 worth of Barstool Merch to a random winner