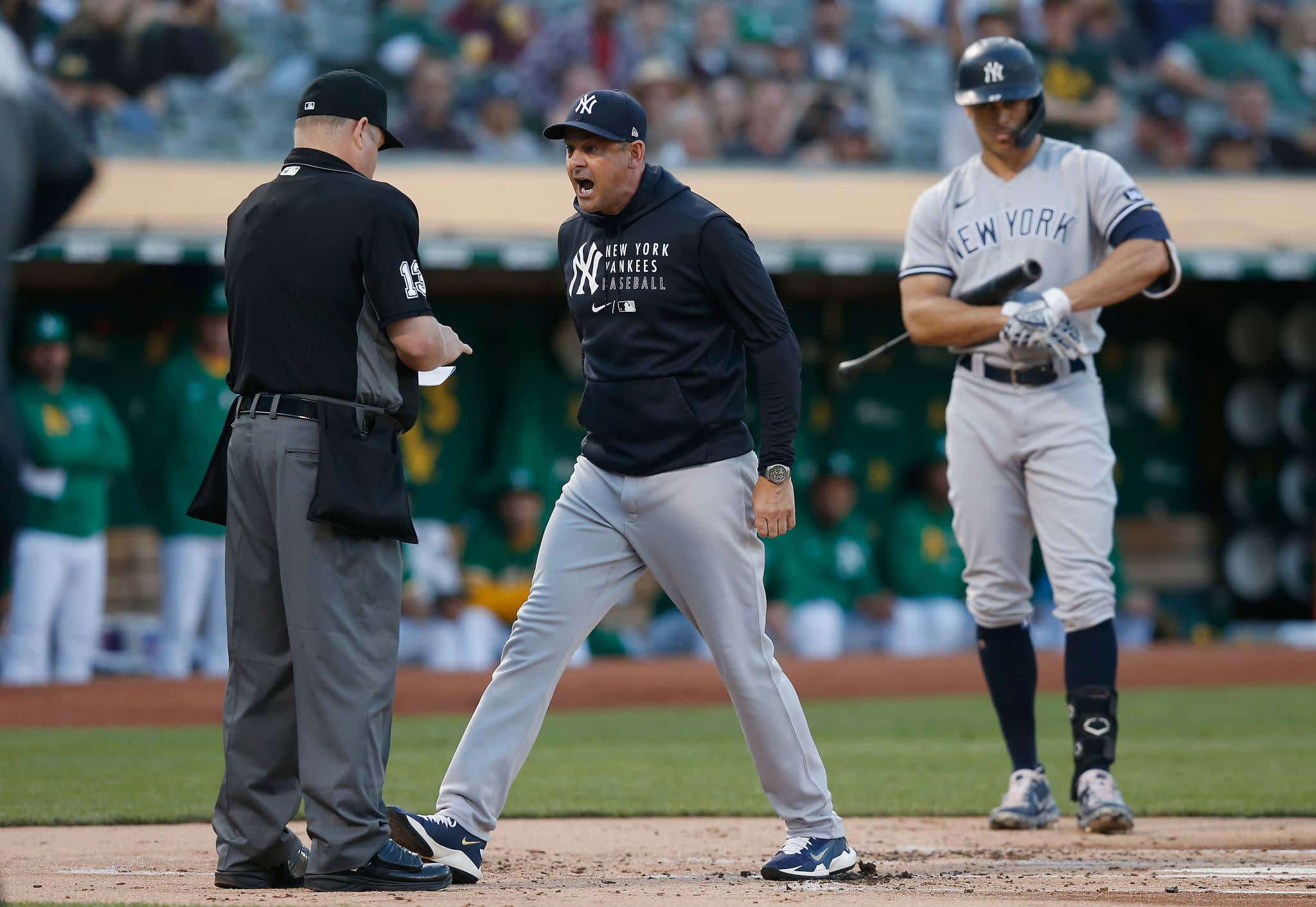 As I wrote about earlier, Aaron Boone is coming back for another season with the Yankees. The surprising part is he's receiving a 3 year deal with a 4th year option for his efforts. Insanity. This is the world we live in where Boone is seen as doing a good job in New York despite minimal success in October. George would roll over in his grave if he knew.

With Boone's future now solidified, the spotlight turns to Brian Cashman. His presser today was full of quotes that we broke down on today's podcast. Maybe the worst thing said was his defense of Hal Steinbrenner after a question about whether the Yankees managing partner is all-in with this team.

Now before you start saying something like, "you're really gonna complain how the Yankees don't spend money" let me remind you how much the Yankees are worth: $6.5 billion. Keep in mind how much revenue they pull in. How much they charge for tickets and concessions. The money they pull in through multiple TV deals. The Yankees had the same payroll in 2021 as they did 2005. Think about that for a second.

Then check the revenue comparison.

Factor that in and there's no reason the Yankees should have to worry about any sort of luxury tax threshold. They operated over the last few seasons under a strict mandate to stay under that number and avoid penalties. So much so that earlier this season the Yankees sent off a valuable reliever in Luis Cessa just so they could do away with the $8 million owed to the abomination that was Justin Wilson. The Yankees had to trade away a valuable, MLB asset to save money and allocate dollars elsewhere at the deadline. They did the same thing in the offseason with Adam Ottavino so they could afford Brett Gardner, Jameson Taillon, and Darren O'Day. Pathetic.

When you factor in how much the Yankees pull in every year in revenue, they are slapping their fans in the face by toeing the line of that lux tax number. In reality they should be blowing past it. If you make a bad signing like Wilson, just cut him and move on rather than making the bullpen even worse. I'm still not over that move and I wish someone brought it up in the press conference today.

Well, now you enter one of the more important offseasons in a long, long time. The Yankees need a SS desperately. Cashman made it clear today that Gleyber Torres is a second baseman for this team. You're looking at a loaded SS class of Corey Seager, Carlos Correa, and Trevor Story. The Yankees need one of them, and Story shouldn't be considered when you look at his K% and home/road splits (they're shocking). For me the choice is Seager when you consider his lefty bat and high contact percentage. Correa is a star obviously and I would welcome a signing of his as well, but I really don't think the organization would bring him into that clubhouse after everything that took place a few years ago. I do recognize how good he is and the edge he would bring to this team. I'm just not sold on the org welcoming him with open arms.

Seager is the guy. He just has to be. If you're running back the front office, the analytics team, and the manager then major changes to the roster have to happen. Seager is a big piece, but you also need to figure out 1st base, CF, C and probably a few starting pitchers. The luxury tax simply cannot be a factor this offseason. I don't want to hear anything about it from Hal or Cash moving forward or I'll puke. Hal needs to stop running this team like a business.

The pod is out. Just about 90 minutes of us reacting to the news today and Cash's presser. I knew today was going to be unpleasant when I almost had to go to the hospital in the middle of the night. My body knew.