Norm Macdonald's sudden death yesterday hit me harder than probably any celebrity death I can remember. Norm was so beloved by all who met him, watched him, or heard stories about him. Not only was he one of the funniest to ever do it, he was by all accounts one of the most warm and kind souls as well.

Norm was also big in the poker world. Everyone knows he loved gambling, but he also was the voice of High Stakes Poker for a season, and could often be found at the poker table. He was engrained in the poker community, and even sent 2017 Main Event winner Scott Blumstein this DM after his win: 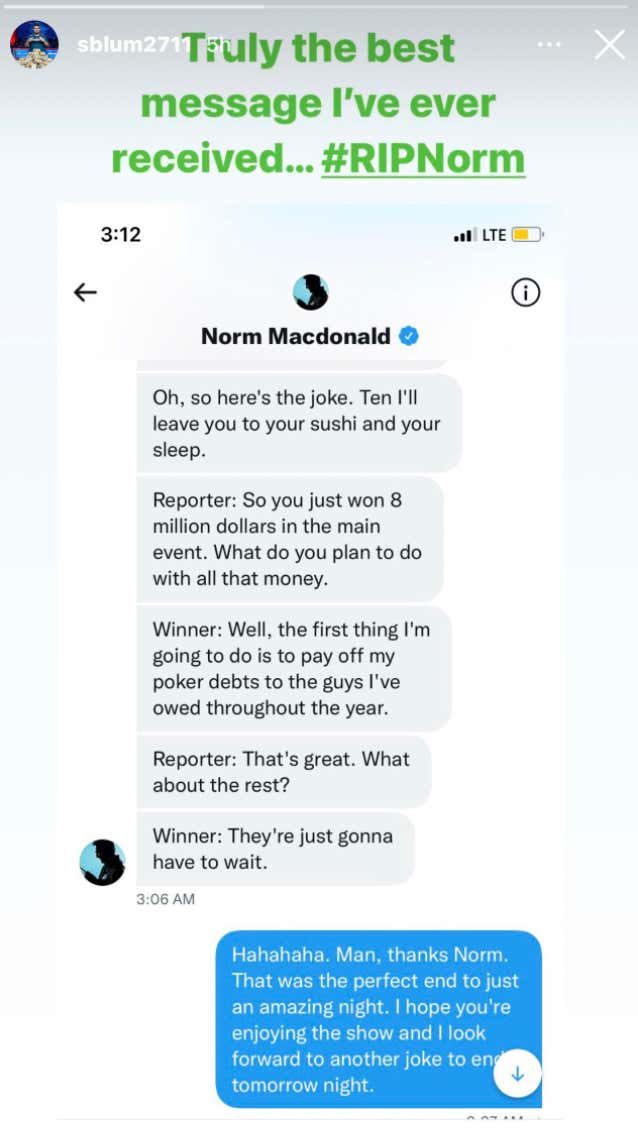 Phil Hellmuth joined us on the 99th episode of Cracking Aces and shared a story about Norm as well.

Phil also talks about his desire to be the GOAT poker player, the disrespect he gets from fellow pros, online vs live poker, if he's ever used solvers/an analytical approach to the game, and tons of other nuggets you can only get from Phil. While I've met and hung out with Phil a few times, it was still humbling to get him on the podcast. That's what's so great about the poker community, guys like Phil, Daniel, and Moneymaker, despite all their success, still make time for the little guys like us. He gets a bad rap because of the "Poker Brat" persona, but he's a good guy at heart and we really appreciate him coming on.

A subscription/listen/5 stars would go a long way. Takes 5 seconds but helps a lot if you could!