Week 1 of our inaugural Pardon My Take Pick'em contest is in the books. In case you missed it, we announced the details for what our podcast would be doing as a picks segment for the 2021 NFL season. Here are the details:

And after an eventful NFL Sunday, we have our first update of the season. Take a look: 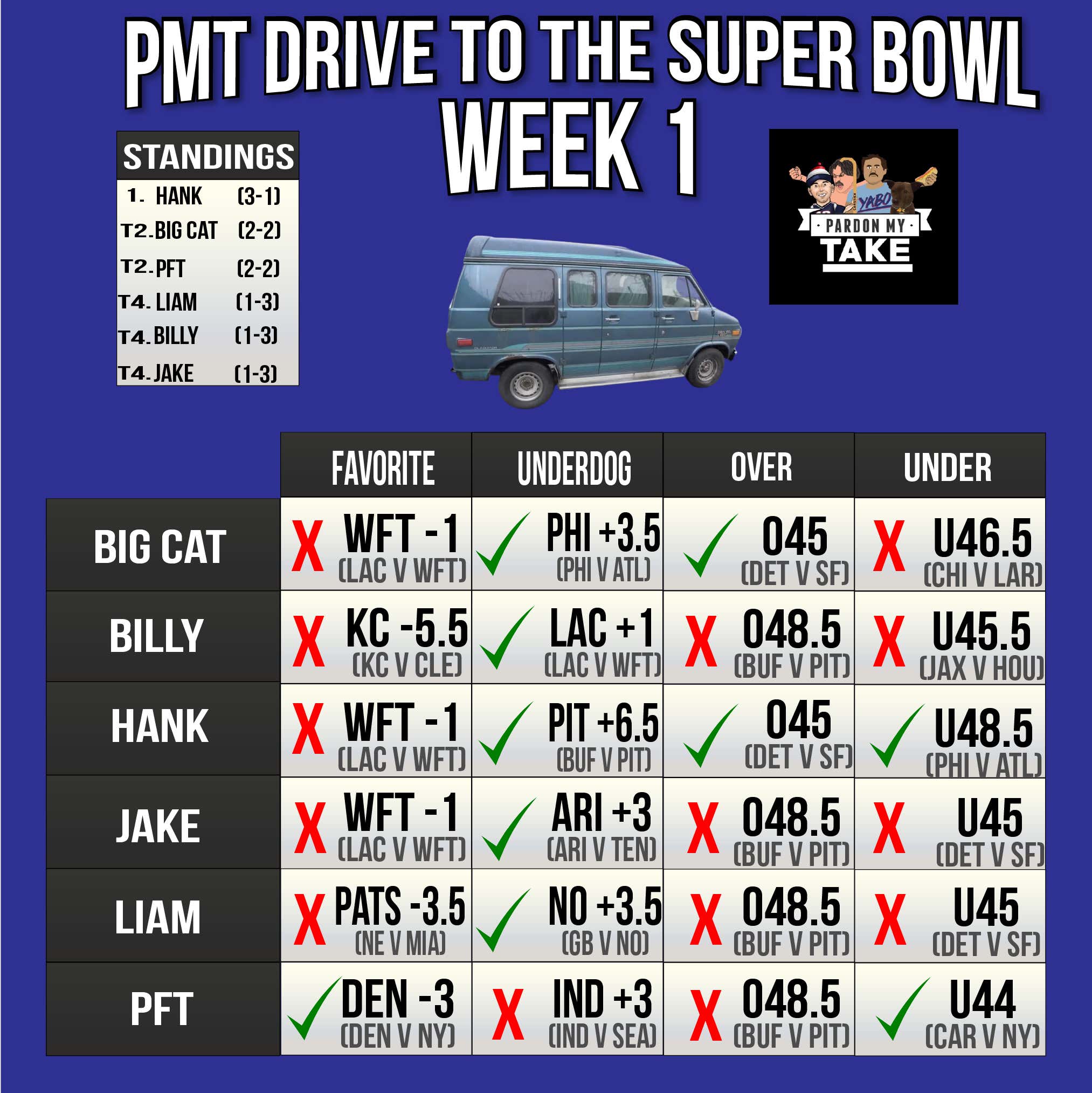 Hank "Moneyline Dog" Lockwood is out to a very early lead after a 3-1 day, while Mr. Cat and Mr. Commenter each split their four games. Meanwhile, Liam, Billy, and I each had a subpar outing of 1-3.

The biggest trend that you can take from Week 1 of this contest is that the majority of our crew was ALL OVER the underdogs. Five out of six? Not bad at all. On the flip side, the same can't be said for the favorites, as PFT was the only one to pick his correctly in the Broncos.

Four out of the six of us took the over in PIT-BUF, which never stood a chance. That's usually when you know things aren't going to end well. As for the the under category, Bubba and I could not have been more off on the SF-DET game. But remember, in this contest, losses aren't necessarily the worst thing. Second place and last place are hitting the road from New York City to Los Angeles in February, and the road there (no pun intended) is going to be nothing but chaos.

Today's show also included the first set of BOOMERS of the year, an entire NFL Week 1 recap, Football Guy of the Week, and Who's Back of the Week. Football is BACKKK!