Myself and all other angry Yankee fans.

I guess a lot of people are saying that our anger and frustrations with the Yankees mediocrity and lifelessness this season finally lit a spark under the Yankees front office to make some changes. They heard that we were fed up with the same old bullshit. We started a campaign to fire Brian Cashman, he heard it, and starting playing coaching general managing for his job, leading to the Yankees to start acting like the Yankees again. Instead of having a quiet deadline like past seasons, they finally adding some lefty hitters to balance the lineup.

I was wishy-washy on the Gallo move, but Rizzo is the type of hitter the Yankees needed. A lefty who grinds out at-bats. A competitor. A winner. He has a career .270 average which could win a batting title in this Yankee lineup. He also doesn't strike out much. He'll complement the lineup very nicely.

Now there's some people out there saying "Tommy you can't celebrate! You already cuncelled the season!" 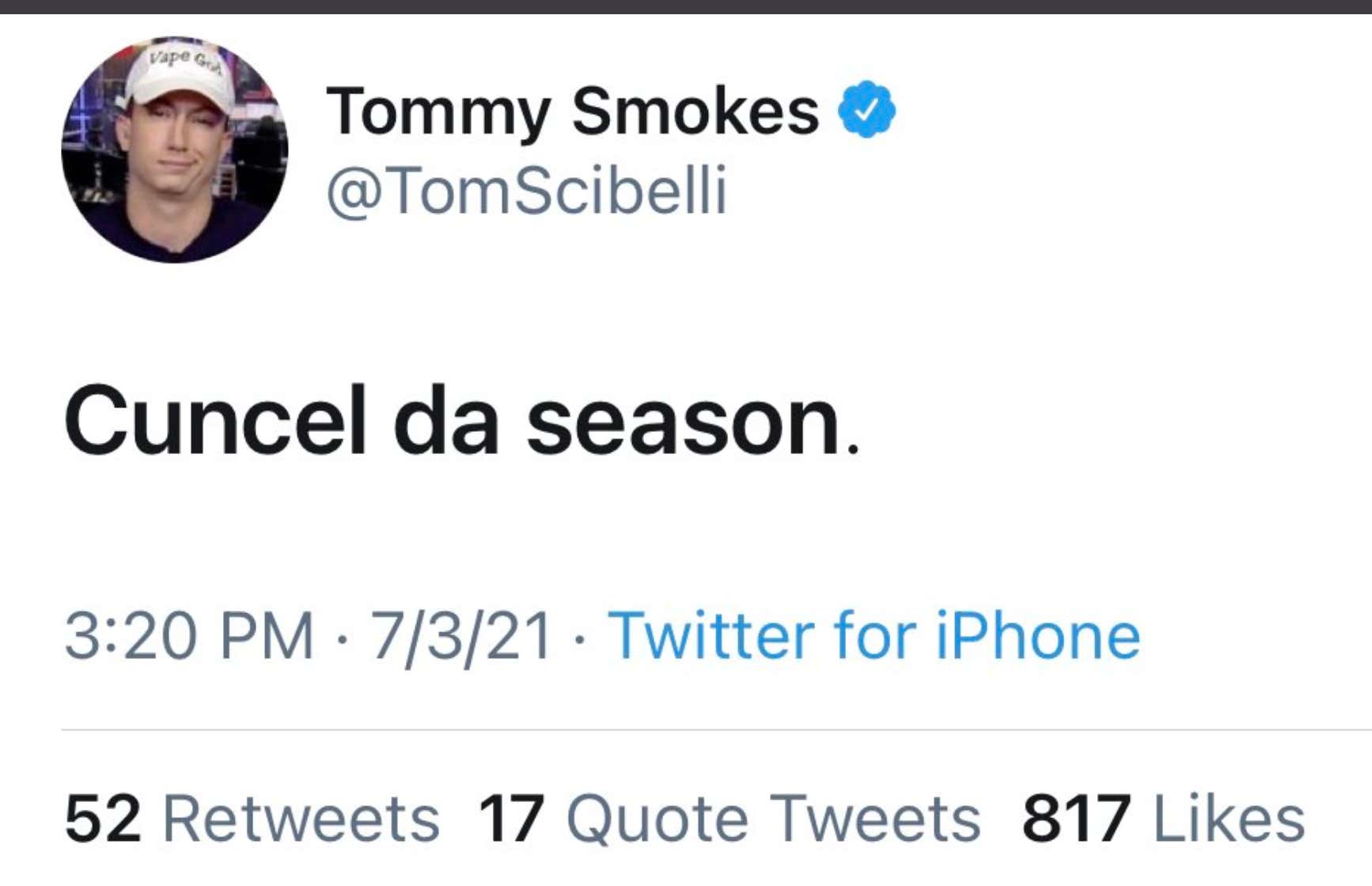 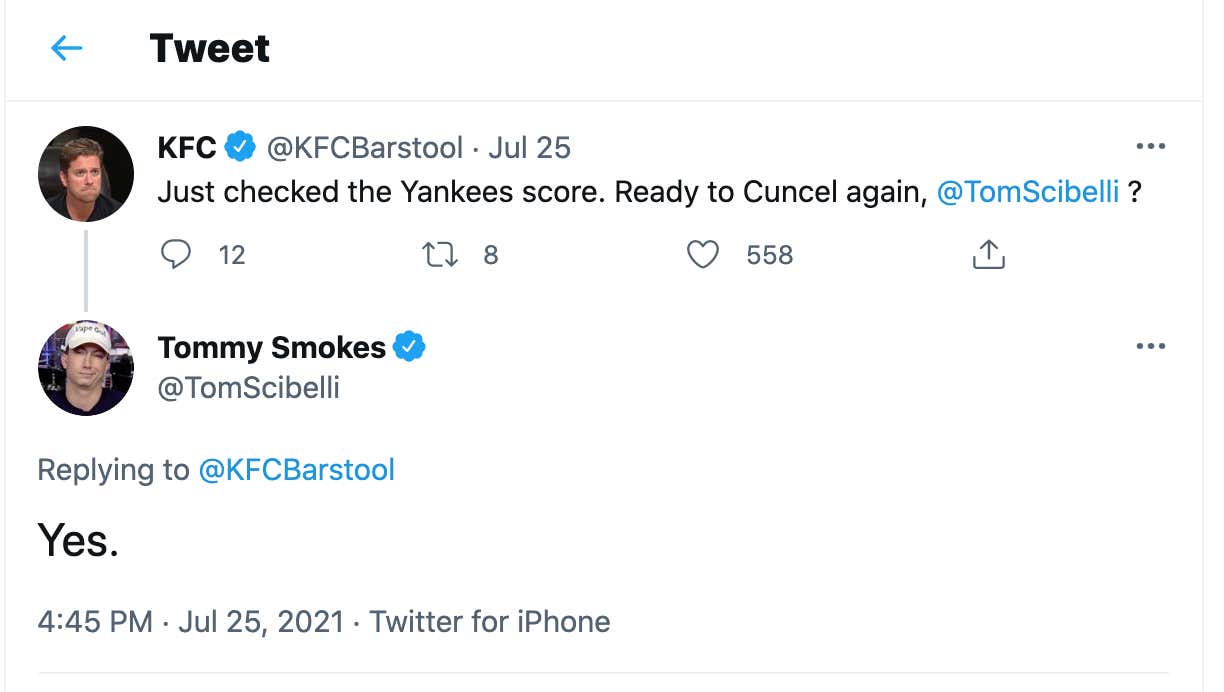 Well allow me to enter the spinzone and offer a few excuses comments.

1. Some people would argue that it's not an official cuncel since I initially spelt it "season" instead of "saeson"

2. Others would argue that two cuncels cancel each other. Like two negatives making a positive.

3. I simply cuncelled that current Yankee team. And I stand by that. That Yankee team was going nowhere. Myself and other Yankee fans were allowed to be angry and fed up with the current team. I won't walk back any criticism I gave this team in the first half. It was all deserved. Perhaps I should have held the cuncel until after the deadline, but this is my first cuncelling experience. The Yankees aren't perennial losers like the Mets so this was uncharted territory.

So you're welcome. Our anger got the Yankees to be the Yankees again. If all the front office heard was "atta boys" and "we'll turn it around! Don't worry!" from the positive loser Yankee fans and listened to them, we'd be stuck with the same mediocre team we had in the first half.

But the reality is the Yankees needed to make major changes to become contenders, and that's what they did. I still don't think they're the AL favorites or even a guarantee to make the playoffs, but I feel a lot better about their chances than I did a week ago. And they haven't even mortgaged their future. They've dealt from the depth within their farm system and haven't given up any of their top 5 prospects. There's still work to be done, but this is a good start.

Also Anthony Rizzo and Joey Gallo being Italians is just a huge leg up in my book. The Yankees thrive when they have Italians.

We're definitely going to have some Italian Yankee merch coming so be on the lookout for that.

The World Series is officially back on. (And if not…. well then I already cuncelled)