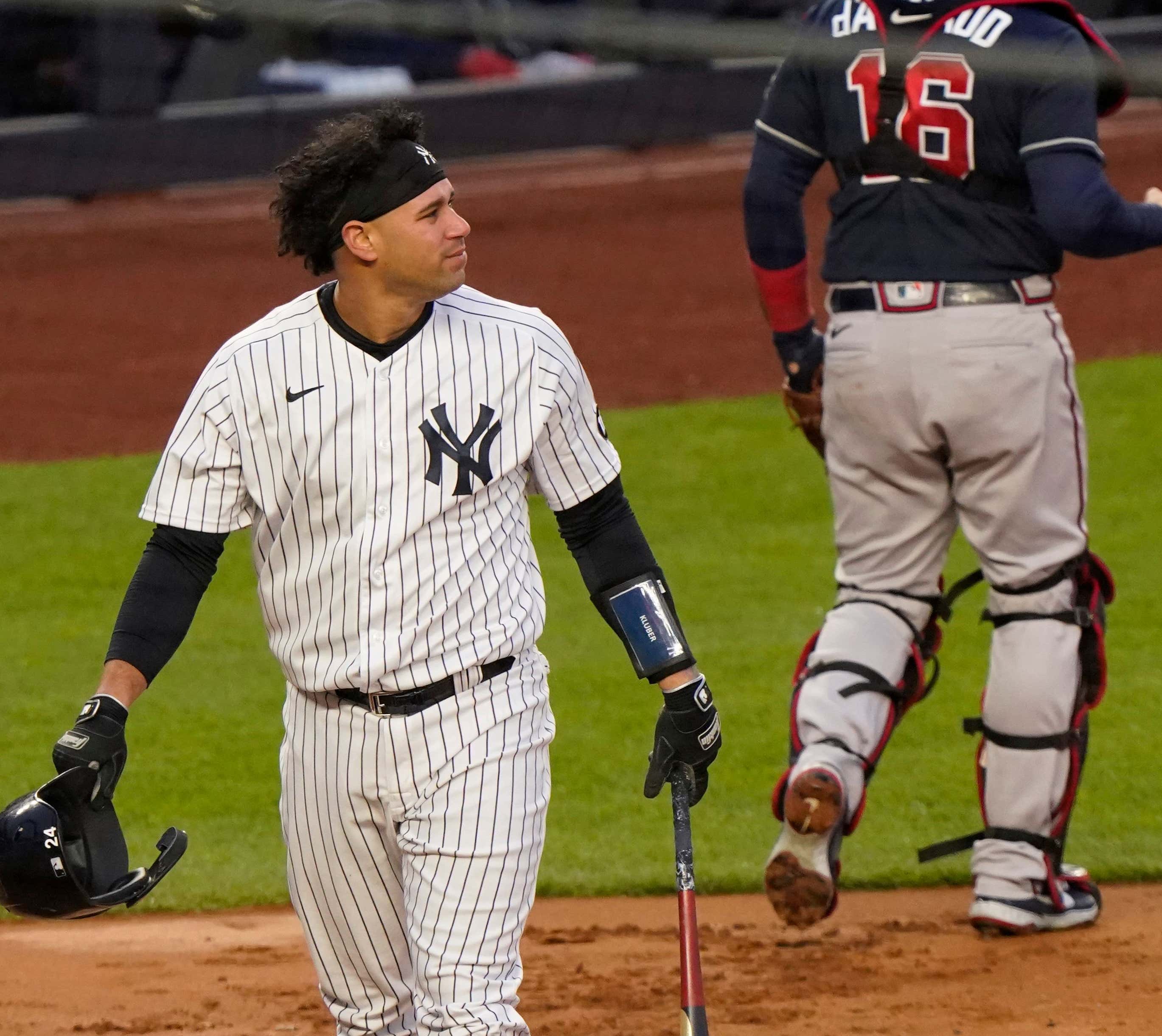 I'm not sure the start of the 2021 baseball season mattered more to an individual than Gary Sanchez. Fresh off a disaster 2020 campaign, many didn't want him coming back to the Bronx. Prior to the season beginning it was very obvious this was his last chance to wake up. A big time resurgence was necessary. Well, 18 games in and Gary is slashing .190/.329/.310 with just two homers and four RBIs. By Gary's standards he's been fine defensively, allowing zero passed balls, while committing three errors. It is noticeable though, how starting pitchers fair when he's behind the plate compared to Kyle Higashioka. Fangraphs grades Gary's value on defense as a -0.8 compared to Higgy with a 0.9.

The defense is something you can usually deal with as long as he's producing at the dish. Gary's barrel %, which usually sits somewhere around 15%, is down to 7%. Gary is a guy who is always going to strikeout a bunch. His k-rate is actually the lowest it's ever been in his career at 21.4%, but when Gary is making contact this year he's not doing anything with it. Over his last 31 at bats he has three hits. Gary was asked about his noticeable slump yesterday. His response?…

“I don’t consider myself in a slump that people believe,’ “I feel like I’m close.”

I mean dude. You're hitting .190 this year. Sure, you lost the full-time catching gig and you're no longer getting everyday at bats, but to not admit you're struggling is ridiculous. That's right on par with him being confused as to why he was benched at the end of last season despite losing the ability to play his position well in any aspect. If you're not in a slump then are you admitting you just suck now? Technically he's been in a slump for 2+ years now, so maybe that's the logic? I guess he's not wrong then, credit to him.

I do like Gary, and always have. I think contrary to whatever image is painted of him by the media, I believe he cares and works his ass off to get better. It's just not there right now and Kyle Higashioka is playing out of his mind. The decision is obvious as to who to play more right now, it's Higgy.

We talked about this, the Tauchman trade, the good starting pitching of late and more on the latest Short Porch. Give her a listen