And all I know is I’m going to stay quiet about this one. I can’t fuck around and find myself in hot water with the biebs once again.

One DM was enough for me. Justin Bieber announced he’ll be releasing his new album called Justice on March 19th and he explains what it will all be about in this caption... 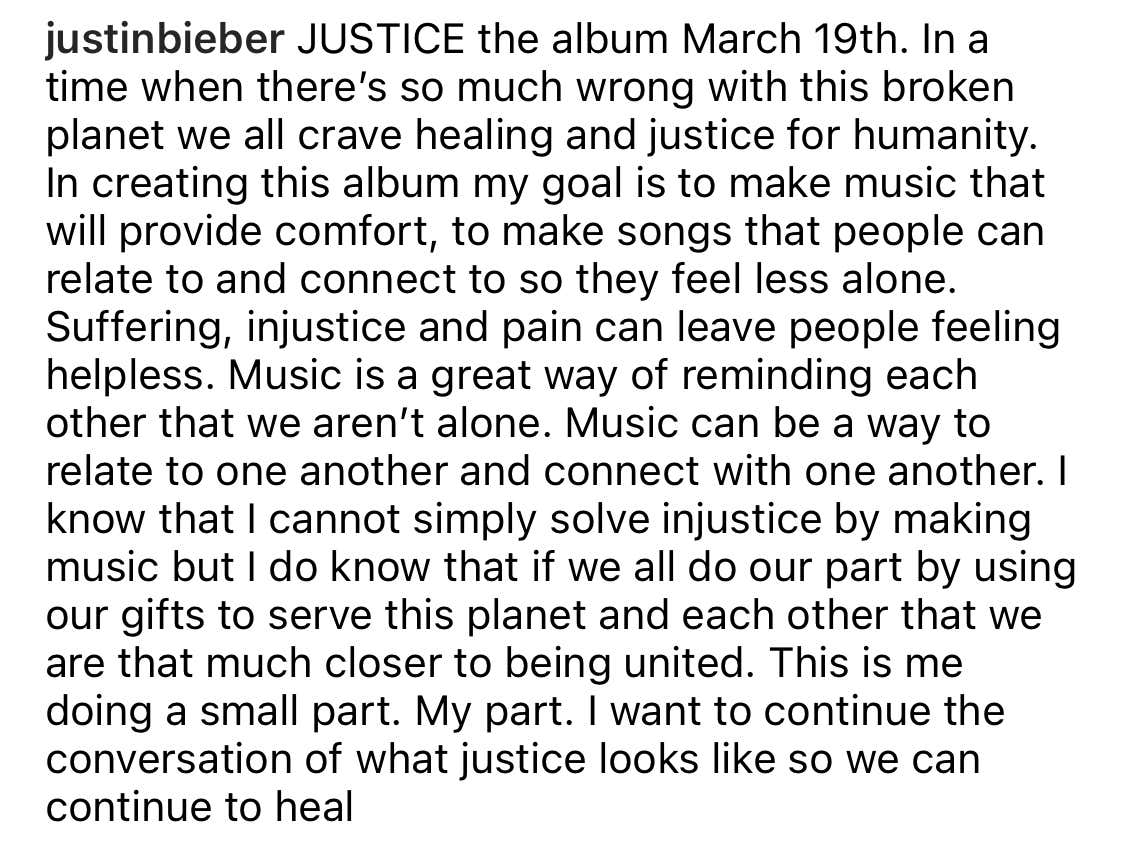 Seems like a nice message and a good thing that the biebs is doing and feels passionate about. I have no idea what kind of style of music this will be though. His last album was R&B but he’s usually known as a pop artist. Feels like it’ll be weird to make absolute pop club bangers out of songs about injustice so we’ll see where he goes with this one.

Listen to our full thoughts on today's podcast: