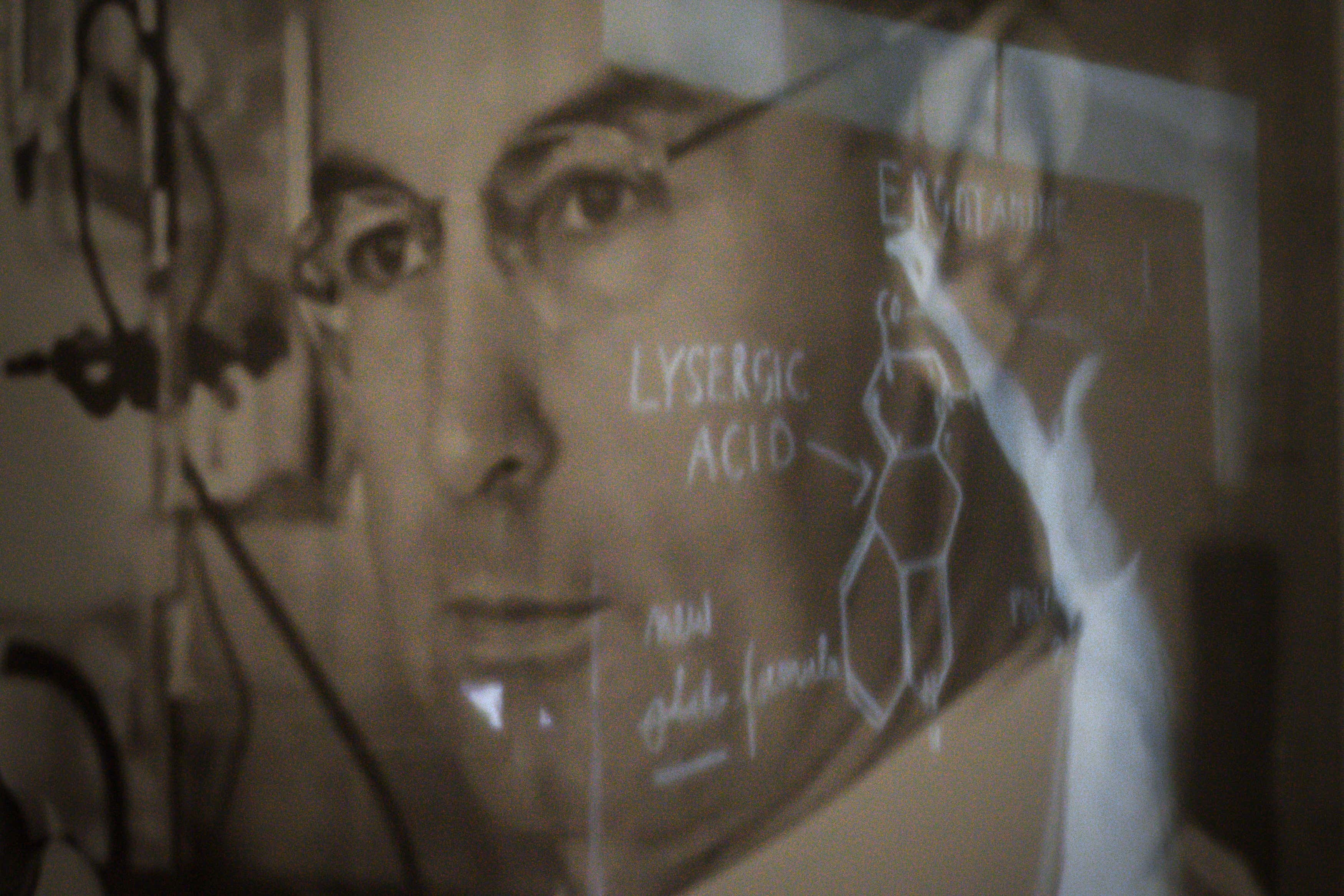 (A portrait of late Swiss chemist Albert Hoffman is seen during an exhibition entitled "LSD, the 75 Years of a Problem Child" at the Swiss National Library)

While researching lysergic acid derivatives, Hofmann first synthesized LSD on November 16, 1938. The main intention of the synthesis was to obtain a respiratory and circulatory stimulant (analeptic) with no effects on the uterus in analogy to nikethamide (which is also a diethylamide) by introducing this functional group to lysergic acid.

NOTE: That's a bunch of chemist nerd talk, and I have no idea how to explain it more simply. Frankly, that might actually be the simplest way to explain it.

An interesting thing happened though: It was set aside for five years, until April 16, 1943, when Hofmann decided to re-examine it.

While re-synthesizing LSD, he accidentally absorbed the drug through his fingertips and (a short while) later he began to trip. He described what he felt:

"A remarkable restlessness, combined with a slight dizziness. At home I lay down and sank into a not unpleasant intoxicated - like condition, characterized by an extremely stimulated imagination. In a dreamlike state, with eyes closed (I found the daylight to be unpleasantly glaring), I perceived an uninterrupted stream of fantastic pictures, extraordinary shapes, with intense kaleidoscopic play of colors. After some two hours this condition faded away"

Three days later, on April 19, 1943, Hofmann intentionally ingested 250 micrograms of LSD. This day is now known as "Bicycle Day," because he began to feel the effects of the drug as he rode home on a bike. This was recorded as the first intentional LSD trip.

Hofmann continued to take small doses of LSD throughout much of his life, and always hoped to find a medical use for it. In his memoir, he emphasized it as a "sacred drug":

"I see the true importance of LSD in the possibility of providing material aid to meditation aimed at the mystical experience of a deeper, comprehensive reality."

Crazy thing is, Hofmann was also the first person to isolate, synthesize, and name the principal psychedelic mushroom compounds Psilocybin and Psilocin. - Just a tremendously talented scientist that was really good at discovering recreational drugs.

In 2007, a year before he died of a heart-attack, he shared first place with Tim Berners-Lee on a list of the 100 greatest living geniuses.

If it weren't for Hofmann, Doc Ellis' LSD No-Hitter on June 12, 1970 would have never happened: