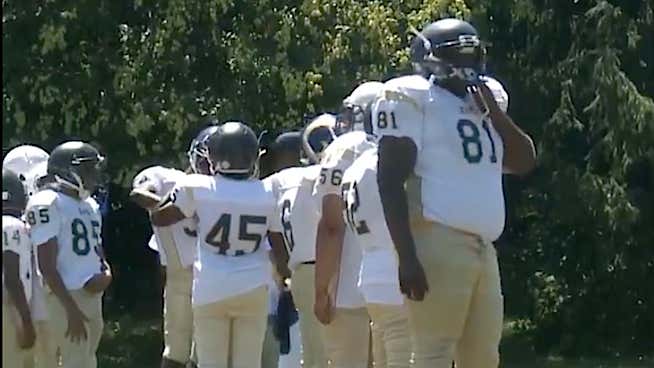 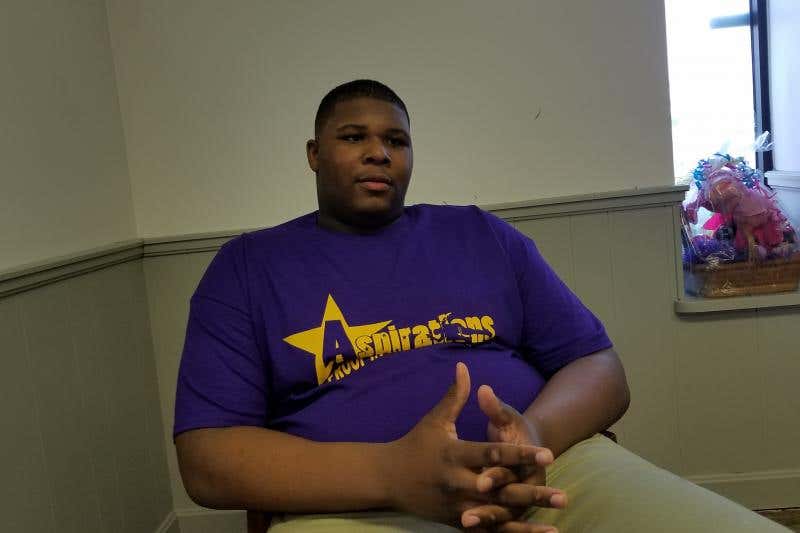 Bleacher Report-He first appears inside Room 208 of Olmsted Academy North on a Thursday in mid-March, sitting at the corner of a table his legs can’t fit under.

Kiyaunta Goodwin is fully engaged in art class. But unlike his eighth-grade classmates, he doesn’t draw on a sheet of paper. Because of the size and strength of his unusually large hands, the 14-year-old uses poster board because it allows him more room to operate.

As Goodwin shifts his 6’7″, 370-pound body, the 10 a.m. bell rings. Wearing a bright purple collared shirt and tan khakis, he walks toward the door, holding the black case that houses his bass clarinet in his left hand. His size 18 shoes and long strides reach the doorway in a matter of steps. He’s a foot taller and 200 pounds heavier than anyone in the room.

I didn’t know that 6’7, 370-pound people can fit into the dimensions of a middle school. My memories of middle school consist of awkward texting conversations and small, uncomfortable desks. I was under 6-feet, and no more than 150 pounds. Imagine a 6’7, 370-pound kids trying to fit into seats and tables like these: 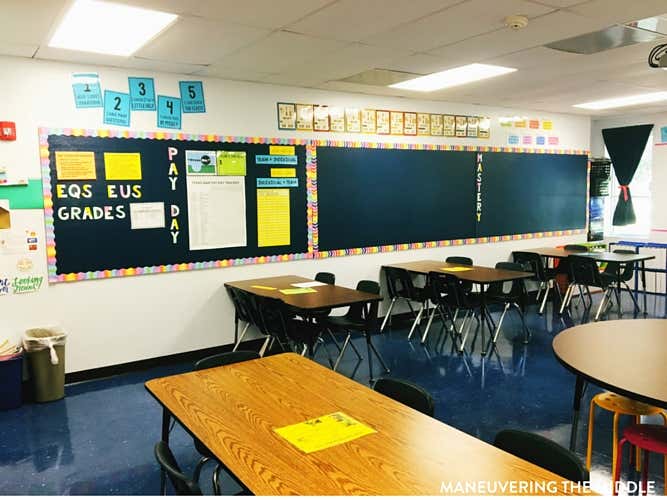 To this day, Durham keeps Goodwin’s folded-up birth certificate in her purse, mainly out of habit. She kept it with her at first so he could ride the bus for free, back when he was six. Most bus drivers didn’t believe he was that young otherwise. She’s since been asked to produce it at football games and other places. The folds in the document are well-defined. The date of birth—Nov. 14, 2003—confirms what so few believe, even with visual evidence.

A leak of that said birth certificate: 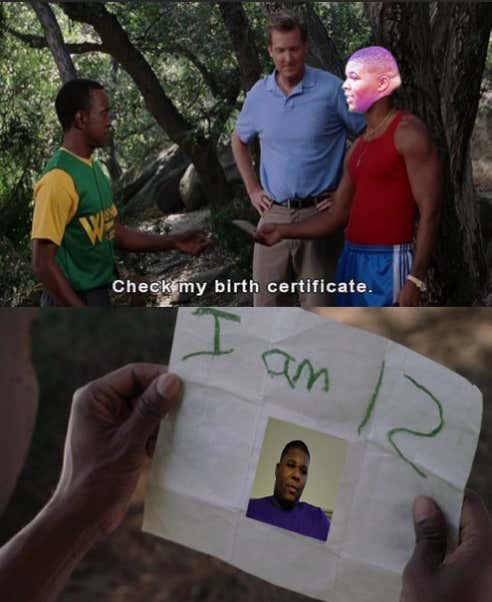 Look at him next to Urban Meyer!!!! 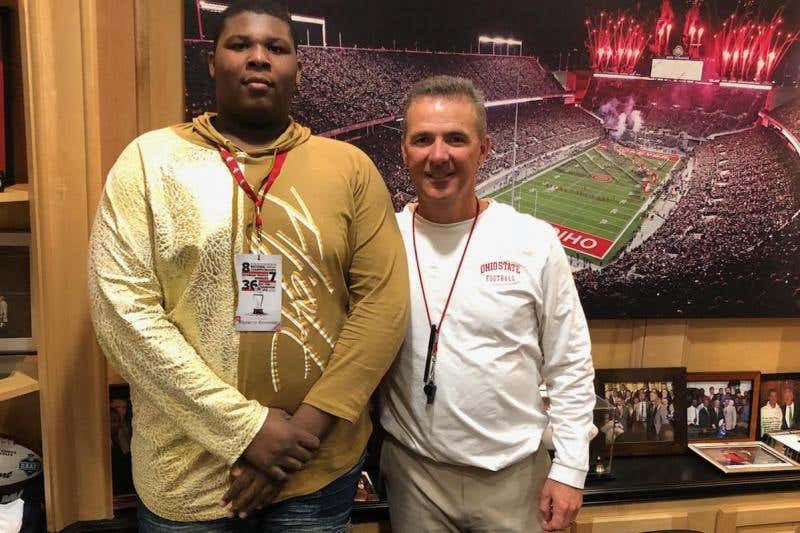 College coaches have been guilty of this. While visiting Ohio State at the age of 13, the assistant coaches marveled at his size. It wasn’t until he pulled out a Ring Pop and began sucking on it unprompted that he revealed his true age.

Better hope Ohio State didn’t give him that Ring Pop! According to chapter 30, section four, page 3, line 17 of the NCAA rulebook, it CLEARLY states that you can NOT give recruits ring pops.

Look at this kid just DESTROY the weight room:

Clarinets are NO match for Kiyaunta: 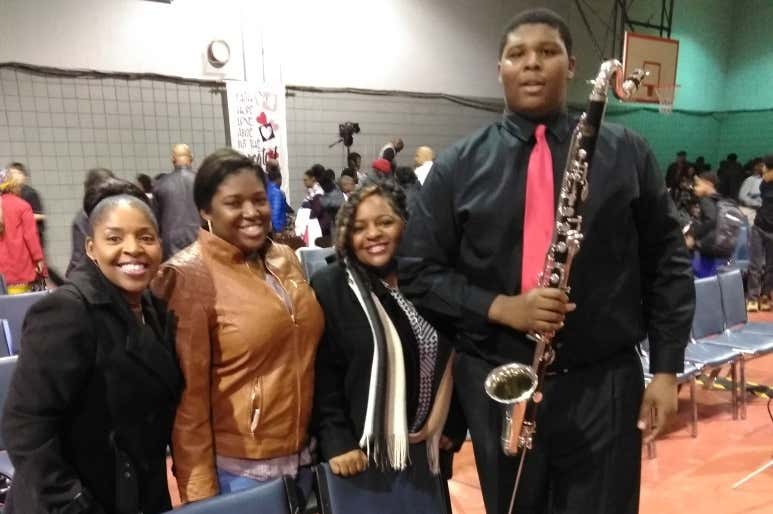 By the age of four, doctors told his mother that he could grow to be 7’10” based on his bone structure. On a visit a few months ago, doctors said that Goodwin could still grow to be more than seven feet tall.

Seven feet tall. Going to be in absolute awe of the size of this lad, going to be an absolute unit.

The good news for Kiyaunta is that if football doesn’t work out, I’m sure this guy will come calling: