I’ll tell you what.  I don’t know a lot about Lil’ Xan.  I’ll do my research in a second.  I do know one thing though:  2Pac did not die to have this motherfucker criticizing his music. 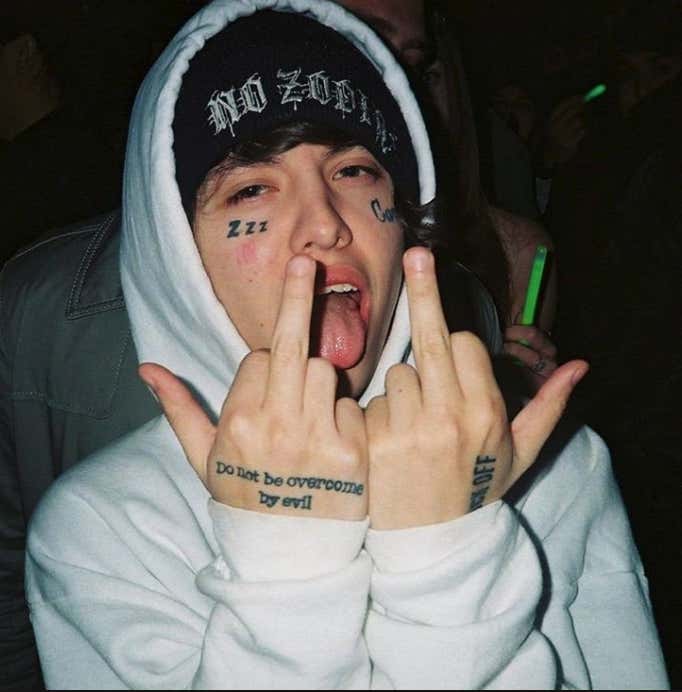 Okay I listened to his big song.  I know this one.   “Betrayed.”

Xan is part of the new “sad rap” generation.  The SoundCloud rappers who love talking about how depressed they are.  Xan, XXXtentacion, Lil Peep (RIP).  They rap about abusing drugs that literally put you to sleep.  I take Xanax to knock myself out on airplanes because I’m scared of flying – Lil Xan uses it to be more exciting than 2Pac.

And of course everyone is entitled to their opinion.  Xan Man finds 2Pac’s music too boring for his tastes.  That’s fine.  I guess I’m just more interested in the business strategy behind alienating yourself from the fans of the genre you’re trying to take over.  Insulting arguably one of the greatest rappers to ever live – is that wise.  Some say no, others say no even louder. Waka Flocka has already banned him from hip hop.

Worse than a rebuke.

But maybe it resonates with all the angsty millennials who hate cultural commentary and just want to jam out to songs about crushing some benzos and vegging out on the couch so hard they can’t even move their heads to bop along to the beat.  In which case the PR work here is top notch.

To his credit, after years of selling drugs and battling Xanax and opioid addictions, Xan apparently got clean and now speaks out about the dangers of Xanax abuse and urges people not to use it.

Onstage, Lil Xan wore a pink hoodie bearing Lil Peep’s image. Just as he was about to finish his set, he launched into a tirade about the pitfalls of Xanax abuse. Artists of the sad-rap movement possess a world-weariness that makes them seem older than they are, and Lil Xan has spoken many times, in a harrowed tone, about battling a Xanax addiction. “Fuck Xanax 2018!” he told the crowd. [New Yorker]

On the other hand, his name is Lil’ Xan.  Like it’s literally in the name people chant for him.  He considered changing it to “Diego” to support his anti-drug message, then backtracked on it.

…But he added a footnote, lest he start to sound like too much of a killjoy: “I’m still Lil Xan, though, at the end of the day.”