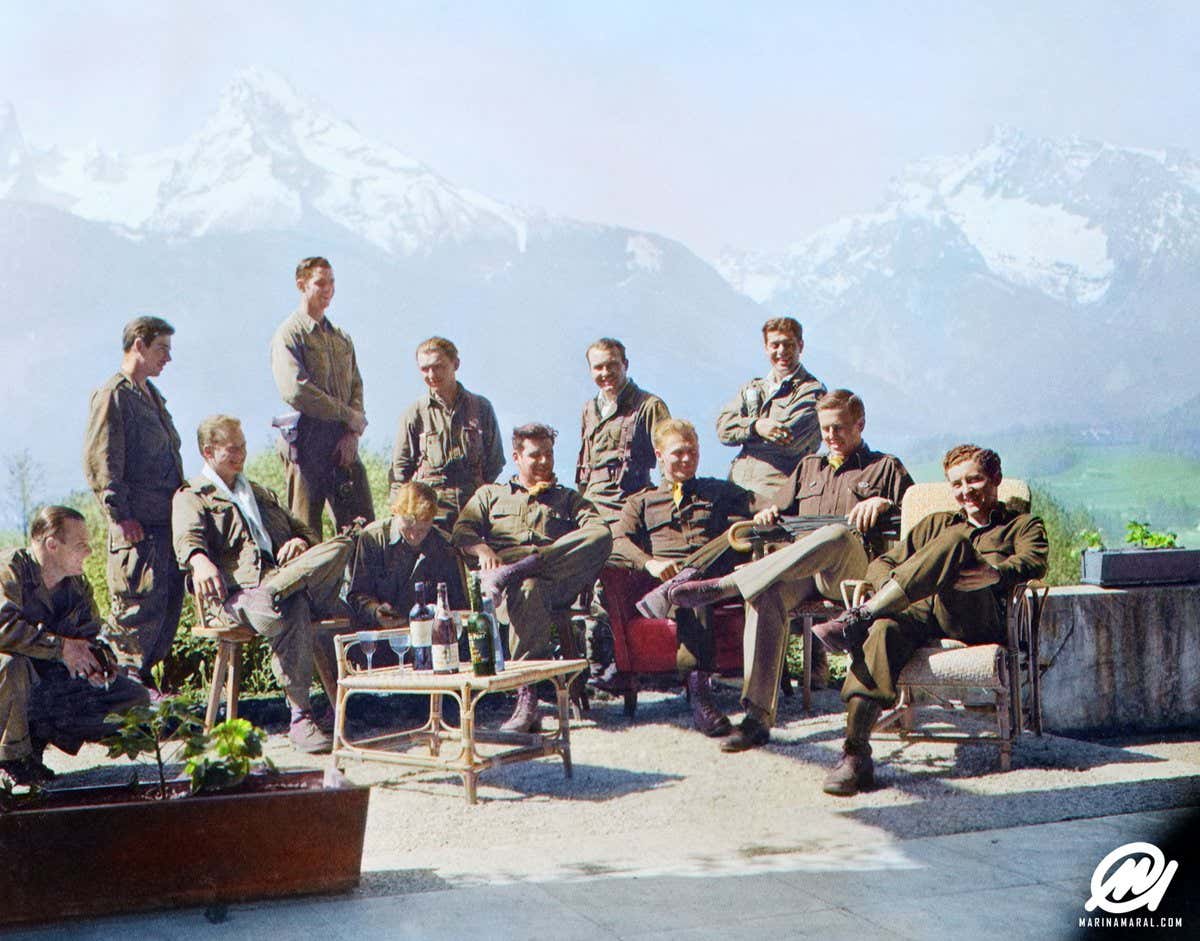 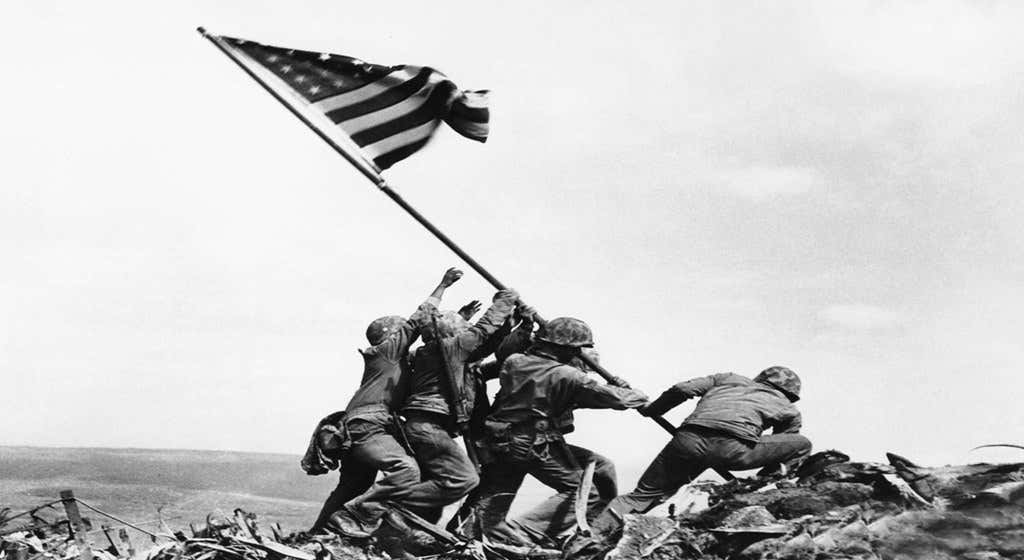 I was scrolling through my timeline on twitter and saw the colored version of the Eagles Nest photo.

It’s an incredible photo that is given its proper context when you watch Band of Brothers. Sitting at Hitler’s house, drinking the best booze in the world, and soaking up the fact that you were a huge part in saving Europe and the rest of the world.

And then you have the flag raising of Iwo Jima. The picture is the possibly the most iconic American image. It’s certainly the back bone of the Marine Corps’ legacy.

Respond to that tweet and we’ll share the best ones when we talk about that this week on Zero Blog Thirty. It’s pretty impossible to answer.