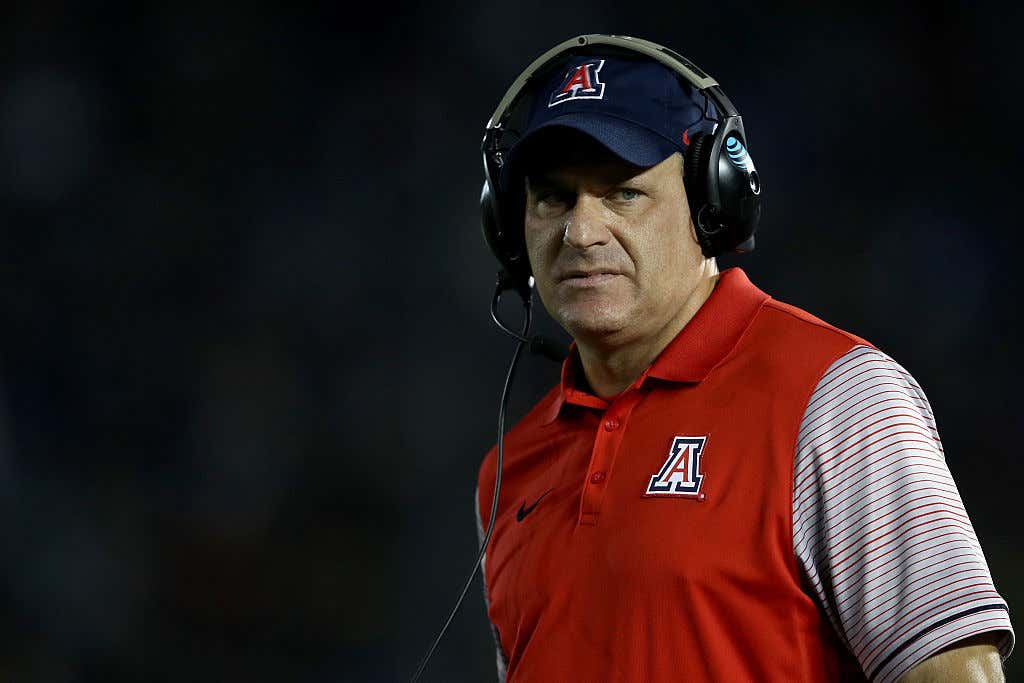 Finally, the juicy details that everyone was waiting for start to emerge.  Rich Rodriguez getting fired seemingly out of nowhere obviously wasn’t just two parties going their separate ways.   The sexual harassment assumptions started right away, and now the allegations are rolling in.

One, from RichRod’s former assistant Melissa Wilhelmsen, who was allegedly in charge of covering up his affair for him.

On November 6, 2015, Rodriguez asked Melissa to get a sideline pass for his “friend” for the USC game in Tucson, which turned out to be his girlfriend. During the game, Melissa realized that Rodriguez’s wife was also on the sideline. At some point Melissa had to stand between the two hoping to avoid a confrontation. The following Monday, Melissa complained to Rodriguez about how upsetting it was to be placed in that situation. Rodriguez laughed it off without acknowledging her stress or sense of betrayal to his wife. [BizJournals]

Just horrible form.  Being a cheating asshole is one thing – putting wife and mistress on the same sideline for the same game is next level.  Slimy…but at least it’s not sexual harassment or assault right?

That comes in the later allegations:

Being nicknamed “The Predator”….actually bad.  I don’t know what kind of secret agent CIA Da Vinci Code ass spy ring this guy thought he was running with “Triangle of Secrecy” and “Hideaway Books” and shit, but it looks like it was allegedly all just code for “scumbag.”

[BizJournals via The Big Lead]