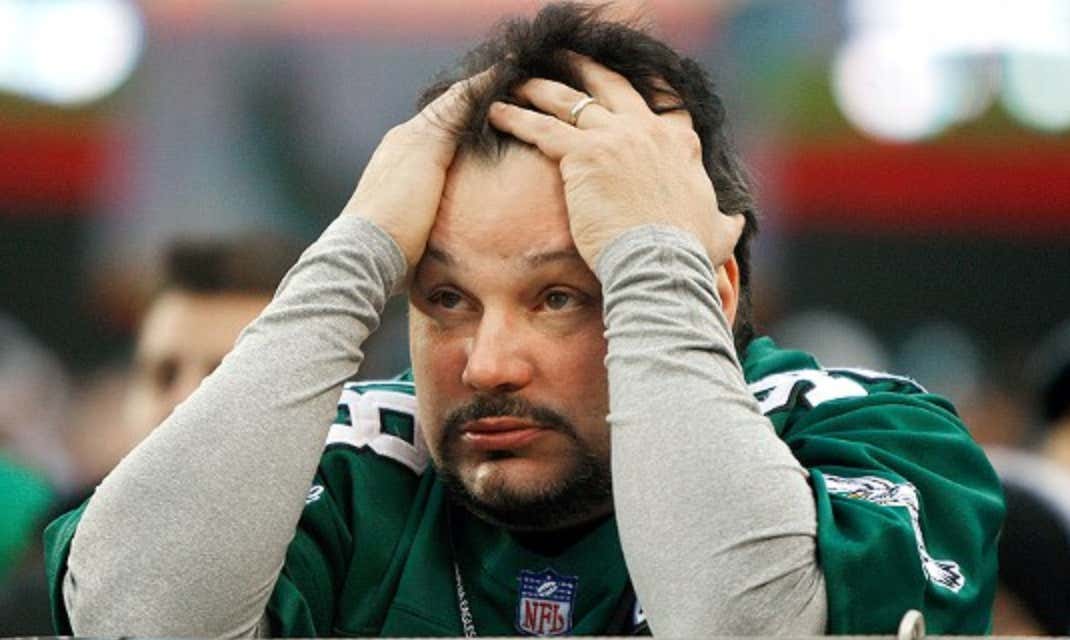 We’ve found it. We’ve found the most stereotypically Philly audio recording ever. Somebody contact Robert De Niro’s character in Silver Lining’s Playbook and tell him he’s been outdone. I never thought I would enjoy a 40-year-old man having a complete meltdown outside a Wawa (probably) during his shift break as a barback in Mayfair (definitely) to Angelo Cataldi, yet here we are. I guess it’s part of the grieving process. I don’t even care if this single call is a genuine low point in our Philly sports existence. It’s so raw and real. I feel for him, but it’s hilarious. But seriously, somebody shoot over to Chris’ rowhome before it’s too late. That man needs all the psychiatric help he can get, and then some.

Kudos for comparing a millionaire suffering a recoverable knee injury in with Pearl Harbor. Both are disasters of epic proportions. It wasn’t over when the Germans bombed Pearl Harbor, and it ain’t over now. This is our year, Nick Foles. THIS IS OUR YEAR.