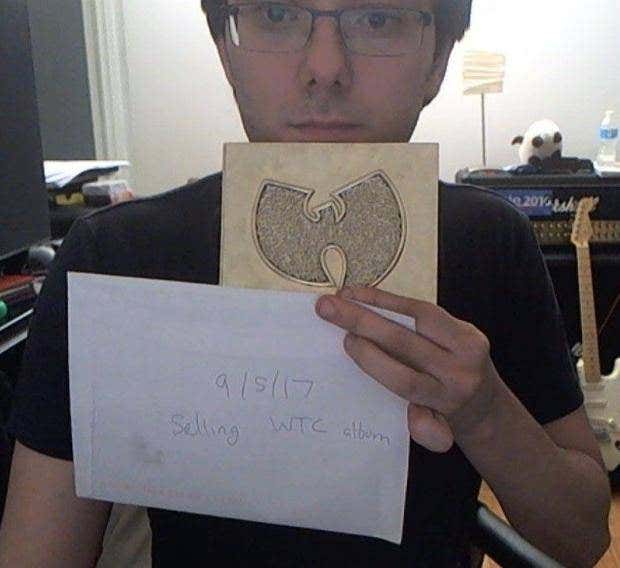 CNN- Martin Shkreli might have to forfeit his one-of-a-kind Wu-Tang album “Once Upon a Time in Shaolin.” Prosecutors on Thursday asked Brooklyn Federal Court Judge Kiyo Matsumoto to seize $7.4 million in assets from Shkreli, the former pharmaceutical executive and hedge fund manager who was convicted in August of defrauding investors.

The government said it would like to keep the $5 million that Shkreli paid in bail, and listed other assets, including the Wu-Tang album, a Lil Wayne album “The Carter V,” a Picasso painting and an Enigma machine from World War II, that could make up the difference, according to court documents.

They also want to seize his holdings in Turing Pharmaceuticals, where as CEO he raised the price of a life saving Daraprim by 5,000%. Shkreli’s convictions had nothing to do with Daraprim.

Shkreli is currently in jail in Brooklyn and is scheduled to be sentenced on January 16, 2018. He faces up to 20 years in prison.

Well there it is. Once Upon a Time in Shaolin is as good as in our ears. I can almost hear The RZA, the GZA, and everyone else in the Wu-Tang Clan. I know Martin Shkreli enjoyed playing the role of a real life Lex Luthor. But unfortunately this is REAL LIFE and the courts will get your ass unless you truly have that Fuck You money. 2 years ago I blogged about Wu-Tang potentially being behind Shkreli’s arrest and this news only drives home the point. Let me be clear, I don’t think that anybody in the Wu-Tang or their crew worked with the police. But the speed of which Shkreli’s life has fallen apart since he tried to stunt on the baddest motherfuckers in Staten Island history cannot be a coincidence.

The interesting thing will be what will happen to Once Upon a Time in Shaolin if/when Shkreli loses it. Most anticipated album since Detox was never released (Compton doesn’t count as Detox). Does somebody else buy it and unveil it to the world in a move to become beloved? Trump’s approval rating would rise double digits if he released it to the public. Or maybe someone else buys it, hordes it to themselves, and tries to become the next Shkreli. Personally I hope that the Wu gets it back and plays it for all of us to hear. Because in the end, Wu-Tang is for the children.