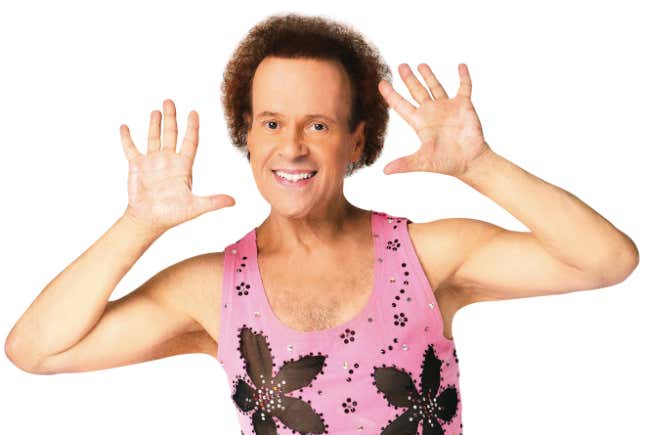 Source - Richard Simmons broke out a list of reasons explaining why he’s not transgender … not that there’s anything wrong with that.

Simmons filed new legal docs in his defamation suit against the National Enquirer listing the reasons why the tabloid got it wrong when it reported he was transitioning into a woman. Here are the reasons:

As we reported … Simmons sued the Enquirer’s parent company — American Media — but the outlet fought back, saying that calling someone transgender is not an insult.

Simmons addresses that as well in the new docs, saying, “I fully support transgender individuals and their struggle to achieve acceptance and equality. Nonetheless, the false and fabricated claims that I was contemplating ‘castration’ and have had a ‘boob job’ have caused me extreme embarrassment.”

We’ve reached out to American Media, so far no word back.

The number one rule for dealing with haters is never let them see you sweat. Or in Richard’s case, disappear for years on end prompting conspiracy theories, hit podcasts and gender identity rumors. I don’t know much about the man but I do that know he likes to dance

and hates when chubby people feel bad about themselves. Two causes I can get behind. At any rate, the tabloids love Richard. Rightfully so, he helped millions of Americans lose weight while simultaneously inspiring the wardrobe for  Semi-Pro. 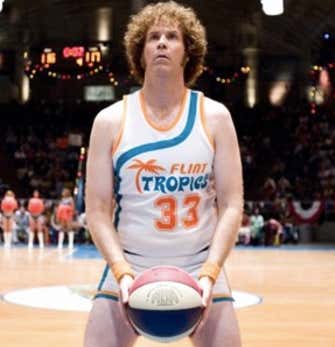 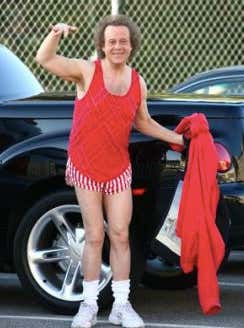 So when they ran a story calling him trans he got pissed. So pissed that he fired back with a list of reasons why he’s not transgendered.

Man it feels good be a gangster.