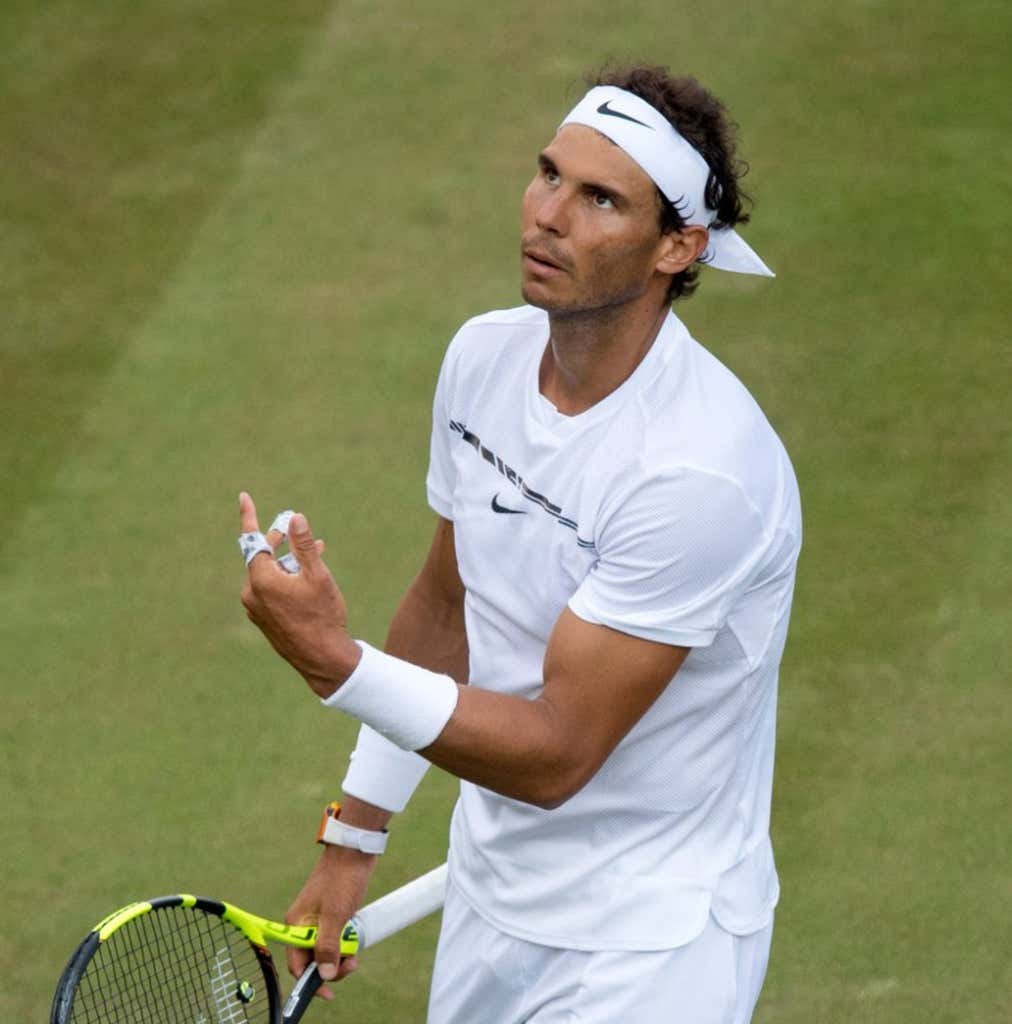 It was a super quiet Manic Monday at Wimbledon for most of the day. Federer and Murray cruised to little surprise while Dominic Thiem and the 10th seeded Zverev were sent home packing. The biggest surprise came from 4th seeded Rafa Nadal. While Federer was absolutely cruising in his match, Rafa was struggling badly to the 34 year old Frenchman Giles Muller. Muller came into today red hot, winning 10 of his last 11 matches on grass. You kind of got a sense this would be a close match when you saw Rafa was only a -320 favorite entering today, but he was also 5-1 head to head against Muller. Muller’s one win came in 2005 at Wimbledon in the round of 64, but that was TWELVE years ago.

It was a rough start for Nadal here before the match even started. CONCUSSION CITY.

If I had Nadal -320 I would’ve immediately bet on Muller to cut my losses after seeing that. Just horrible bad juju right there. So what happens in the match? Muller comes out guns blazing absolutely befuddling Nadal with his perfect drop shots. Serve. Volley. Repeat. Nadal had no answer from the get go and fell behind quick.

You have to give Nadal a ton of credit for fighting back into the match after being down two sets to none. This insane rally by Rafa was flat out ridiculous tennis. Dude was just flying all over the court here. Incredible tennis.

There was also a super bizarre moment where Nadal was bothered by a glare from the stands in the most intense part of the match. The umpire had to ask the fans to literally stand up and block the glare. Insane.

But finally FOUR HOURS AND FORTY SEVEN MINUTES later Giles Muller prevailed having withstood a grueling fifth set that seemed like it would never end. I was certain they were going to call this because of darkness and finish it tomorrow.

So we won’t be getting a Federer Nadal final like some hoped for, but having three of the top four seeds still alive (assuming Novak handles Mannarino) is pretty fucking awesome. The path is pretty clear for Murray to reach the finals needing to beat Sam Querrey and the winner of Cilic/Muller to get there. Federer and Djokovic appear to be on a crash course for the semis which will be awesome. Manic Monday always produces something crazy and today for sure didn’t disappoint.

P.S. Dave is officially out on my Federer hat which I’ve worn basically every day he’s played. Didn’t think there could be a human being out there that hated the Federer logo, but hey that’s Dave for ya. I will probably be wearing this thing every day for the next week or two. Maybe I’ll go buy a Federer jacket and shorts just to complete the job. Hey Roger I know you read this site religiously so feel free to send some free merch my friend.