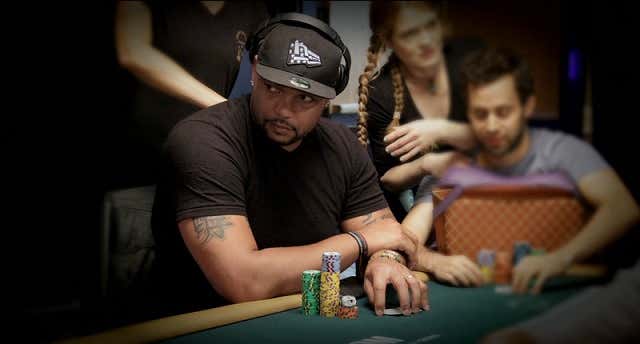 CardPlayer – Three-time Super Bowl champion Richard Seymour is a familiar face these days in the $10,000 no-limit hold’em main event at the World Series of Poker in Las Vegas. He’s been retired from football for about five years and since then he has found a passion for cards.

Obviously familiar with the pinnacle of football, the 37-year-old is also no stranger to poker’s biggest stage, where fortunes are won, and lost, on the felt. …

Seymour has poker tournament results dating back to 2014. So far this year, Seymour has cashed in four major tournaments, including a 24th place in a $1,500 no-limit hold’em event at the WSOP in late June. Seymour won $11,144 for making a deep run from a 1,580-player field.

Just days later, he outlasted more than 7,000 players by finishing 725th in the $888 Crazy Eights tournament. Based on his results, it’s clear that Seymour’s game has been taken to the next level over the past two years. Seymour knows what it takes to reach the later stages of a massive no-limit hold’em field.

Obviously I’m on Team Nate all day long because loyalty is how I roll. And I like one of my Barstool teammate’s chances over anyone because you don’t lay some of the bricks of this empire without learning how to read people, calculate the odds, when to fold and when to cut everybody’s throat.

That said, having Richard Seymour in his way just made his climb considerably steeper. This is like Mike McDermott having to get through Johnny Chan. Because I don’t know who taught Nate the game, but Seymour learned everything he knows from Bill fucking Belichick.

When you think about it, there’s probably no greater poker coach a man could have. I mean, who in any game has ever better at reading tendencies, bluffing, strategy, situational awareness, gauging risk/reward … name it. Seymour learned from his rookie year how to read a guy’s tell, whether it’s an offensive lineman sliding his foot back when he’s going to pull or how a running back holds his hands when he’s getting the ball. It’s part of what made him the best player in the Three Ring Club not named Brady or Law. So reading poker players is probably child’s play to him. Not to mention he’s 300 pounds of pure testosterone, which has to be as intimidating on the felt as it was on the line of scrimmage.

To repeat, Nate is my only horse in this race. But in order to be the best, he’s gonna have to beat the best. Who happened to have learned from the very best. Good luck with that.