Look at Draymond coming for Cleveland’s neck with a burn AND a sweet #sex joke. Whether you love him or hate him, you have to at least respect Draymond Green’s willingness to be the villain. People like him make sports great.

LeBron went with a “That’s what she said” rebuttal that knocked Michael Scott’s socks off. I would have gone with a “Draymond has a weird dick” retort. To each their own I guess. 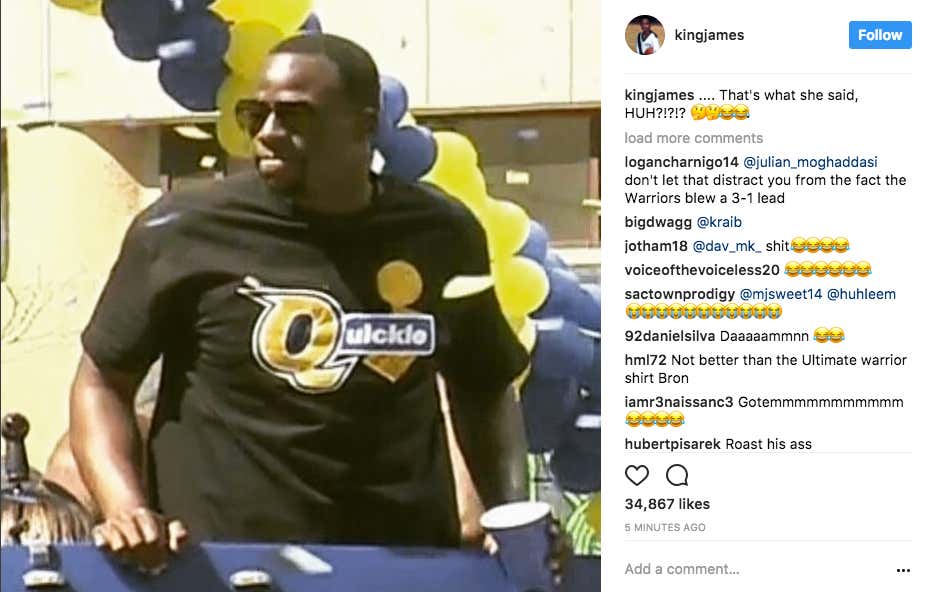 Russell Westbrook and James Harden seemed to enjoy it though.

And then Draymond went out and killed King James. I believe Meriam-Webster calls that good old fashioned regicide. 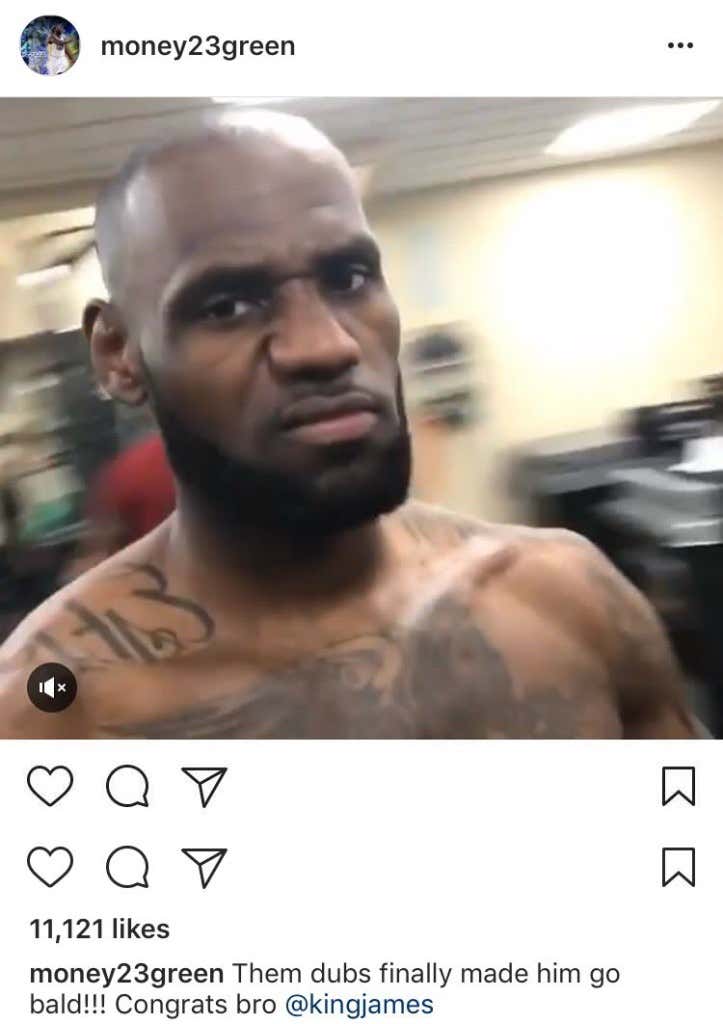 And then tap danced on his grave with a promo that would make Suge Knight proud.

I fucking looooooooove the NBA. Even in the offseason it’s must watch. Draymond probably had Delonte West backstage ready in case LeBron crossed a line. LeBron adopted the troll game. Dryamond was born into it and molded by it. LeBron is a guy who uses “The Jerkstore called” joke. Draymond is the guy who responds the “Well I slept with your wife” joke. Apples and oranges.

Draymond vs. LeBron post-championship shirts. Who ya got? 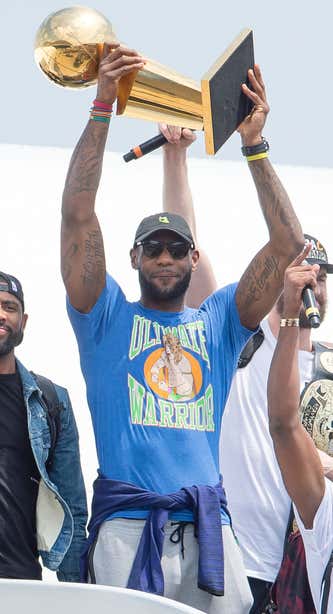 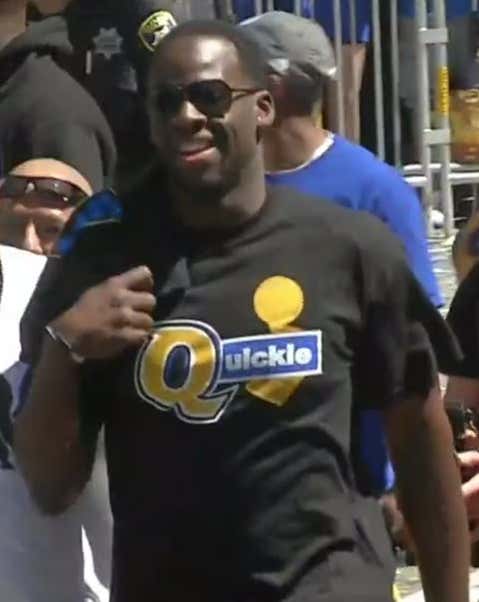 Trick question. The answer is always JR Smith during the Summer of JR. 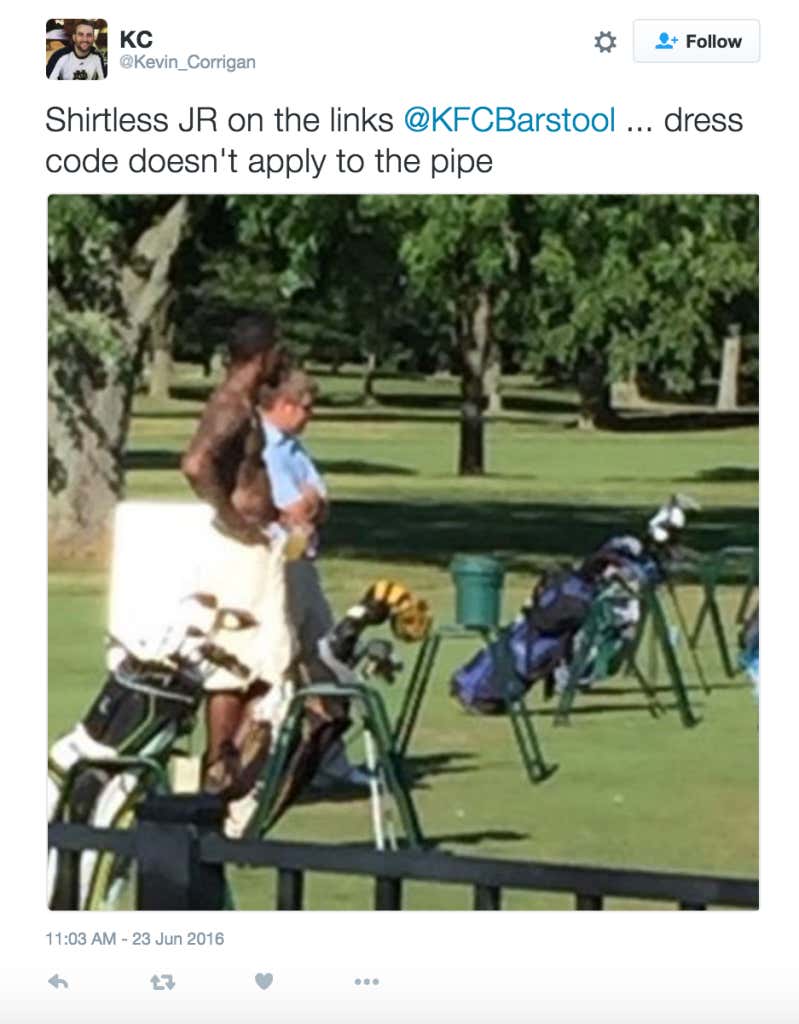 Before today I always thought of Draymond as the guy with the weird pegleg dick. Now I associate him with sex that ends quickly. Draymond is becoming a common man right in front of our eyes.

Does this mean that 3-1 jokes are old and dead? 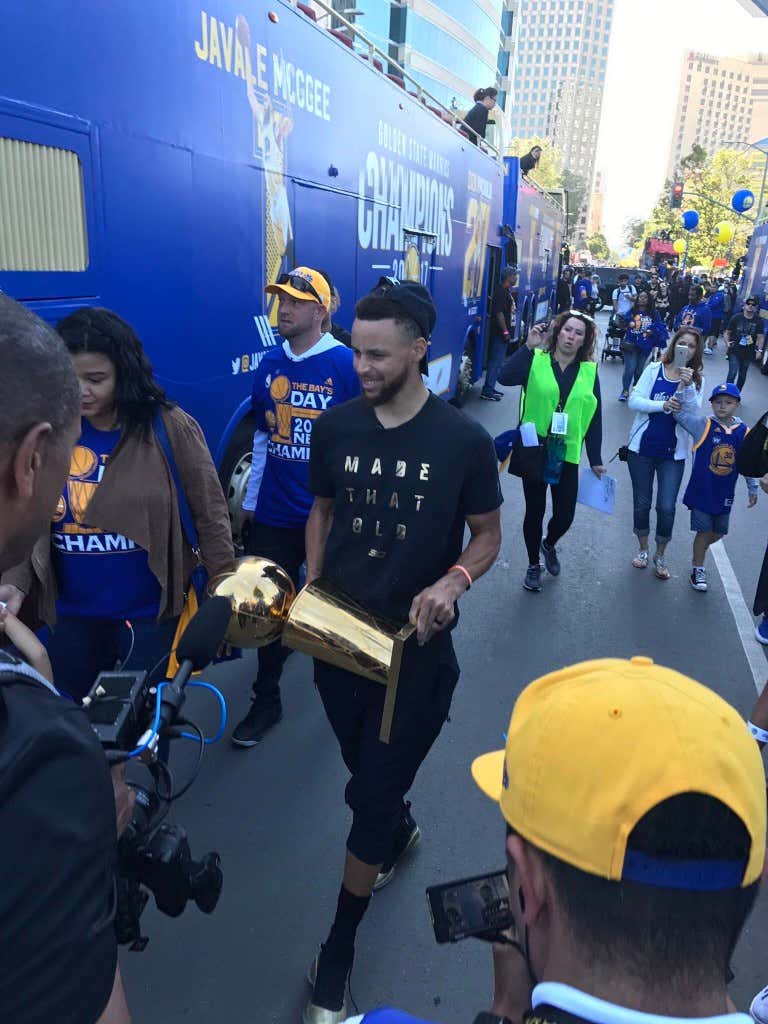 (Probably not, but they were kinda dead for a while now anyway. Especially since the Cleveland Indians blew a 3-1 lead in the World Series).

Fucking toaster guy. Living the dream, even though I’m still secretly crushed the toaster didn’t go 16-0 in the playoffs. Believe in something or you will fall for anything, right?

In the end, we are all toaster guys. Or toaster girls. Not trying to assume any toaster person’s gender or anything in 2017. 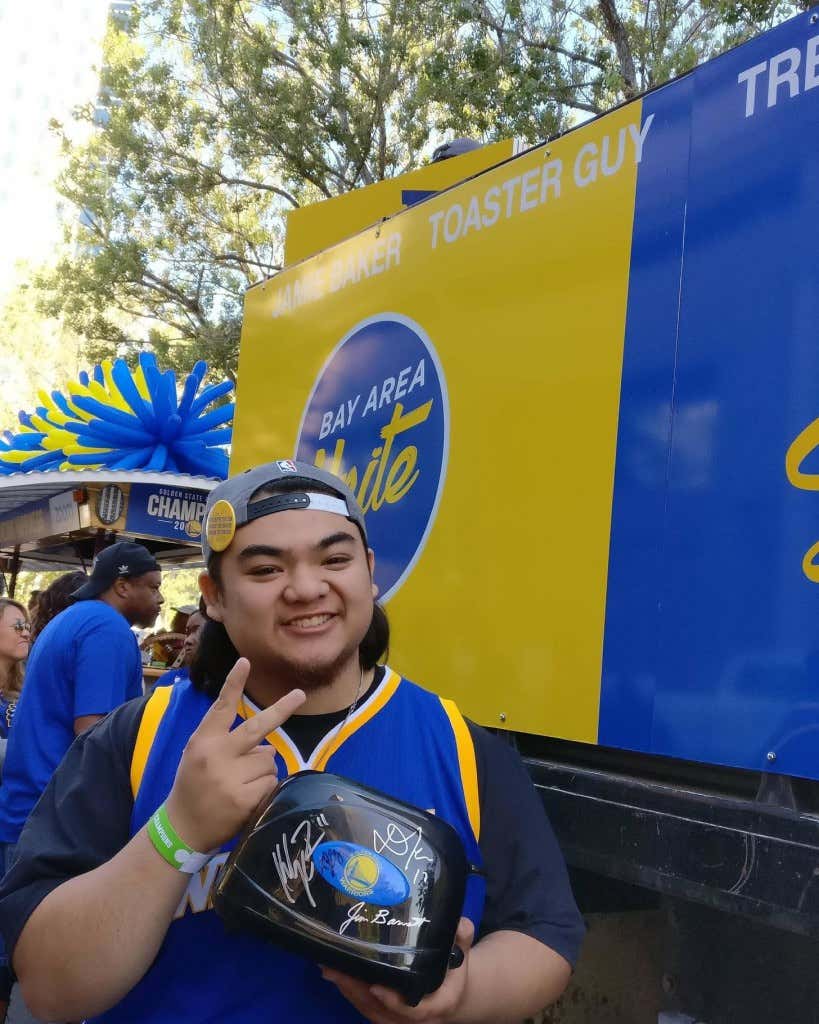 “KD drinking light beer LOL!!!”- If a beer snob was blogging this

Time to get weird!!!

All we need to cap off this live blog is a Mama Curry appearance. Keep on the lookout everyone! 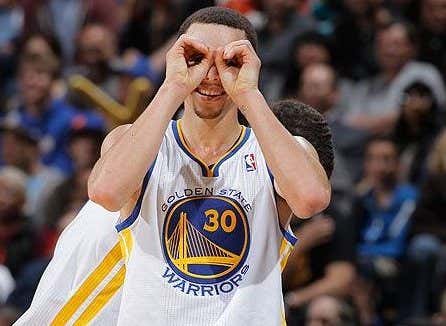