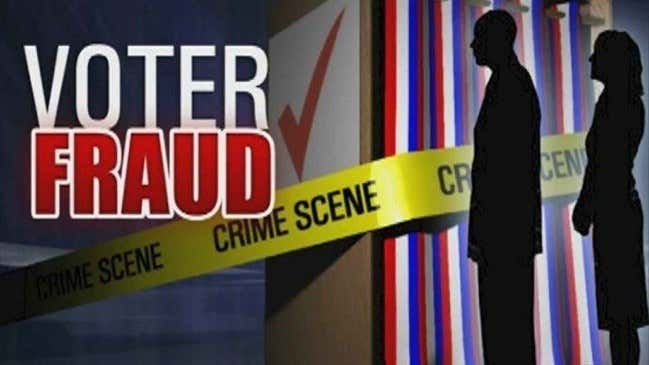 We all go through phases that have unintended consequences. Some of us listened to a couple of Fall Out Boy songs, and six months later owned 12 pairs of women’s jeans and were $5k in debt at Hot Topic. Others watched one music video from The Game and started wearing red bandanas to their suburban Connecticut middle school and doing the Bloods hand-sign in family photos. My story is a little different, and may have had slightly more serious consequences. I got really into voter fraud, and may or may not have accidentally convinced the President of the United States that millions of people voted illegally in California. 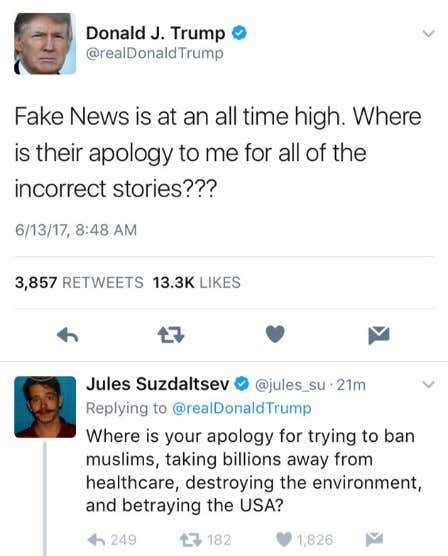 This morning I woke up to the above tweet (Trump Replier included for recognition, thank you for your service). Suddenly, I had flashbacks to November 2016. The most anticipated election of all time was only days away, and voter fraud was all anyone could talk about. The liberal MSM was hammering Trump for refusing to say whether he’d accept the results of the election, and honestly, who could blame him. Trump’s warning about voter fraud made perfect sense. Instead of running a likable candidate, not under federal investigation, who had common sense ideas that appealed to people, the Democrats were going to take the easy way out and commit massive voter fraud on an unprecedented level to steal the election.

It was election day in San Diego, and I was of course still an undecided voter, losing a lot of sleep the previous night weighing both sides in my head. I liked it when Hillary dabbed on the Ellen show and thought all of Lena Dunham’s pantsuit rap videos were really well done, but was also drawn to Trump’s proposal to help educate Muslim-American youths and put them in internship camps. However, when I went to work that morning, it wasn’t the issues I was thinking about — no, it was Trump’s warnings about voter fraud that were front and center in my mind. So, when I saw a “bus” full of “children” driving to a school near the Mexican border that just so happened to also be a polling place, my mind went into overdrive. As I tried to evaluate whether this was simply a school bus full of children, or a more sinister attempt to use illegal voters to capture the crucial swing state of California, I consulted a handy chart I keep on me at all times. 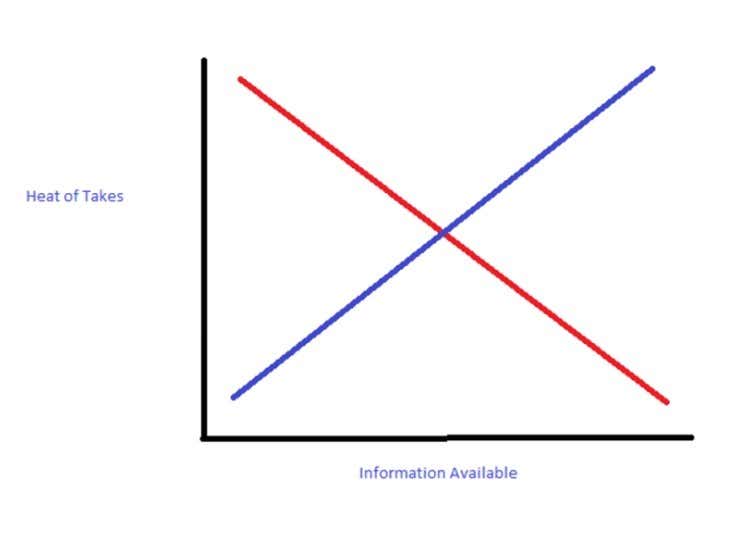 My chart was right, this was no time to investigate or dig any further into the matter, I had to impulsively act as quickly as possible. I did what any good political activist would do, I tweeted.

I decided to tag the two Journalists who had been on the front lines of the voter fraud issue. Though I got no response from Breitbart or Tomi Lahren — who has not responded to any of my other social media messages either, Tomi, if you are reading this, I am the one who has been Venmoing you .69 cents everyday for the past year, please respond — I shortly received a reply from Project Veritas. 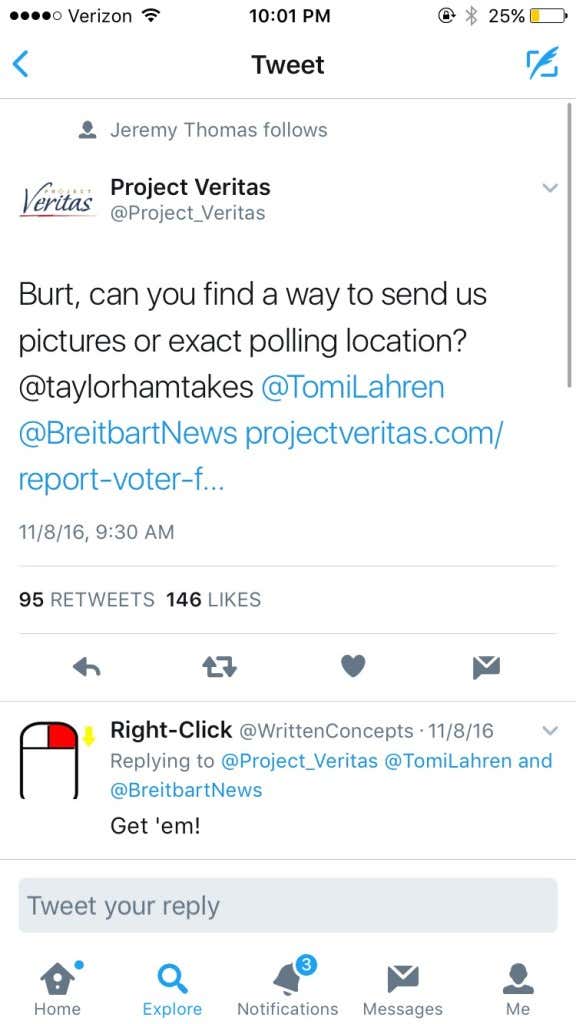 For the uninitiated, Project Veritas is the brainchild of James O’Keefe — who once dressed up as Bin Laden years after Bin Laden’s death and walked back and forth across the U.S.-Mexico border, to prove some sort of point I’m sure — and is dedicated to investigating corruption and producing grainy home videos of low-level Democratic staffers that no one has ever heard of before.

Since I posted instead of investigating, I didn’t actually have any information to provide him, but Project Veritas ran with the story anyway. 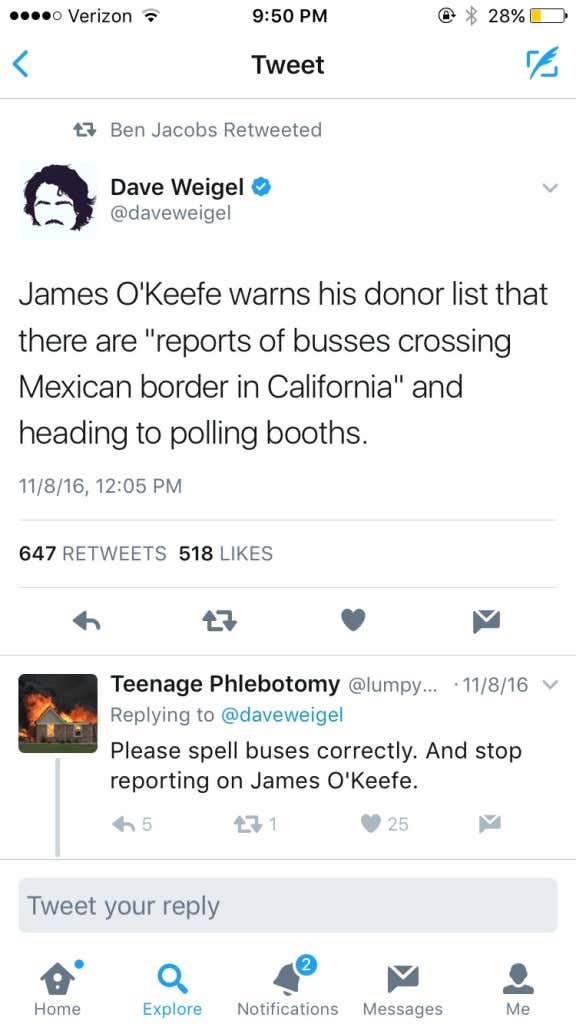 Dedicated to the cause of preventing voter fraud, O’Keefe’s followers were on the case, and quickly began to launch an investigation of their own, causing Customs and Border Patrol to issue the following statement. 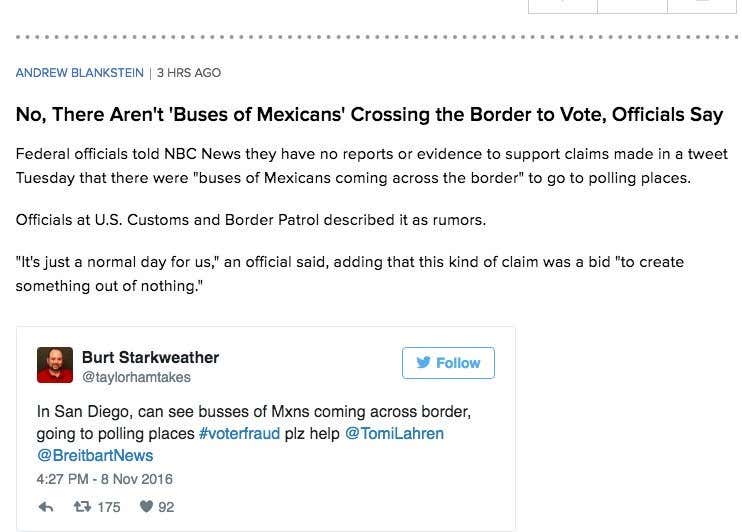 Naively, I thought that this saga was over shortly after the election. I had learned my lesson about tweeting before thinking and was off the voter fraud bandwagon, dedicating most of my time trying to figure out at exactly what moment Trump would finally pivot towards becoming presidential. Then in January, Trump started talking about illegal votes in California. 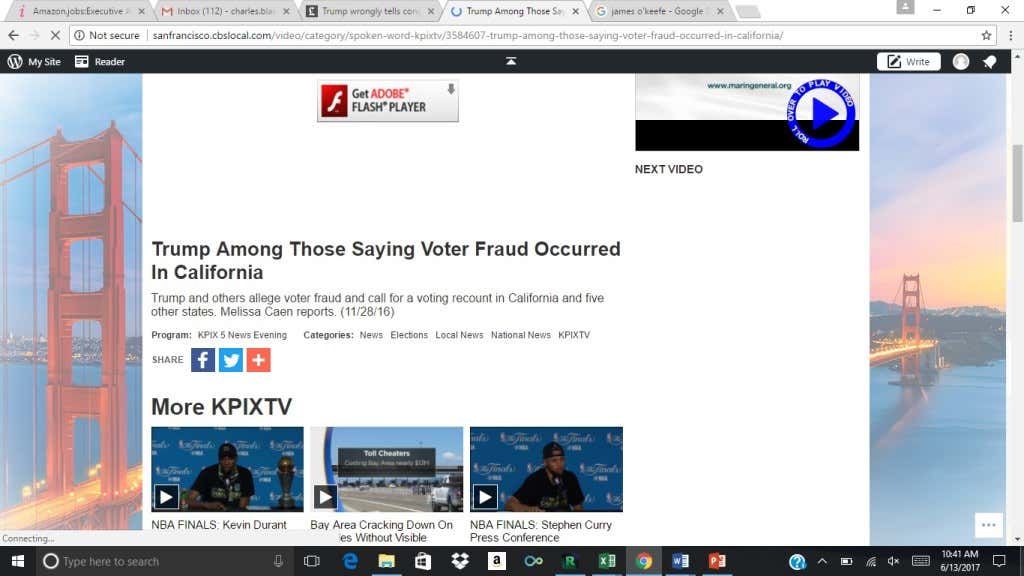 Was this my fault? Did my hasty tweeting accidentally convince the President of a massive voter fraud conspiracy? Unlikely. With Jared and Ivanka holding onto his cell phone with an iron grip on election day, the odds Trump ever saw my tweet are almost zero. Unless Trump had some sort of close relationship with James O’Keefe and Project Veritas, there is almost no way Trump was aware of the false sighting I had that fateful morning.

I tell this story not to showcase my investigative journalism skills, or brag about my semi direct line to the President’s ear, but to impart a lesson. It’s one I learned the hard way, but you don’t have to. When you see something, don’t just impulsively tweet it out for the whole world to see. Do your research. Use the search function on Twitter to see if anyone else is tweeting about it. See if InfoWars has verified the story yet. Don’t just use Twitter, see if any of your relatives on Facebook are posting about it. Together, we can stop fake news.