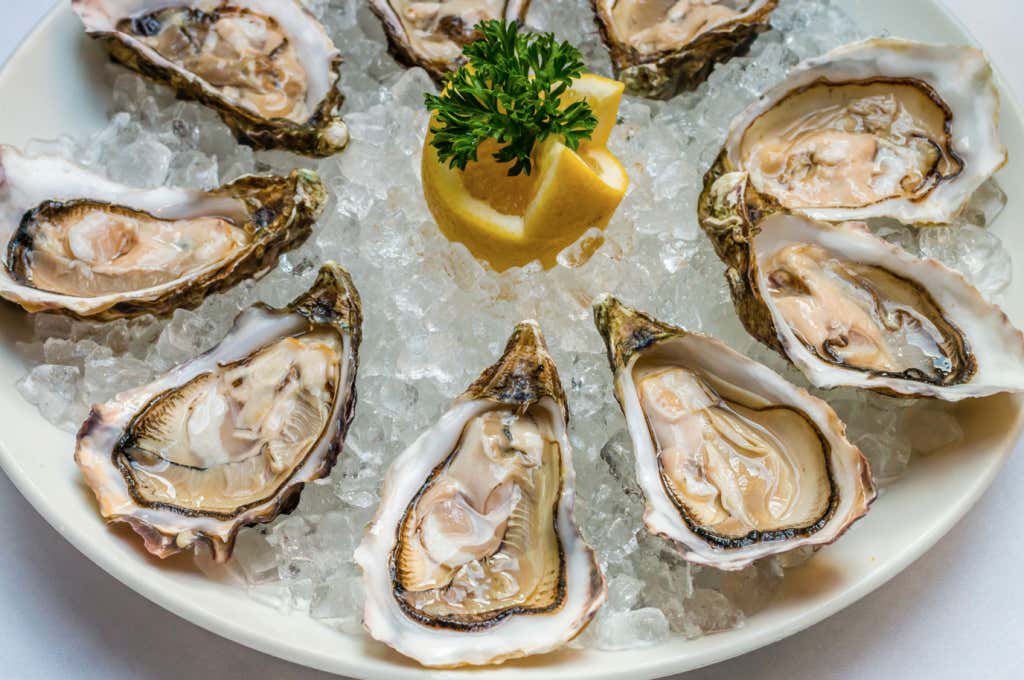 I know this is considered a sin in the northeast, and especially New England, but I’ve gotta come clean and get this off my chest as summer and $1 oyster season approaches. Oysters STINK. They’re the most disgusting, vile sea creatures that will ever exist. Stop inviting me to eat them.

For 27 years I’ve pretended to like oysters because I felt like I had to in order to fit in, to be accepted by my people. I sat there and covered them in cocktail sauce, so much that I’d get three or four separate orders of it, an entire canister per oyster, then I’d pinch my nose while I ate it like a kid/an adult named John Feitelberg who’s been told he can’t have dessert until he finishes his vegetables. Any food that you have to DOUSE in a cocktail sauce, some horseradish, and a hearty amount of Tobasco in order to make it palatable is absolutely not a good food.

Just look at those things! They look like boogers mixed with spit mixed with cum. Put an oyster next to an alien vagina that just got creampied and you won’t be able to tell which one is which. It’s the least appetizing thing I’ve ever seen on a plate since all those baby snakes crawled out of the mama snake in Indiana Jones. And don’t even get me started on the texture, it’s the same as when you accidentally snort and get a full snot then have to swallow it quickly so you don’t puke… only you willingly put this thing in your fucking mouth. You literally slurped it up with full knowledge of what it was.

I don’t care if it makes me a child, oysters are disgusting. Why do you think they sell them for a goddamn dollar? The Joker said if you’re good at something never do it for free, well if you’ve got a delicious food you should never give it away for free either. One dollar is 2017’s version of free. You want a snot that’s probably got some sand and broken pieces of shell in it? Eat an oyster, you disgusting fucking animal.