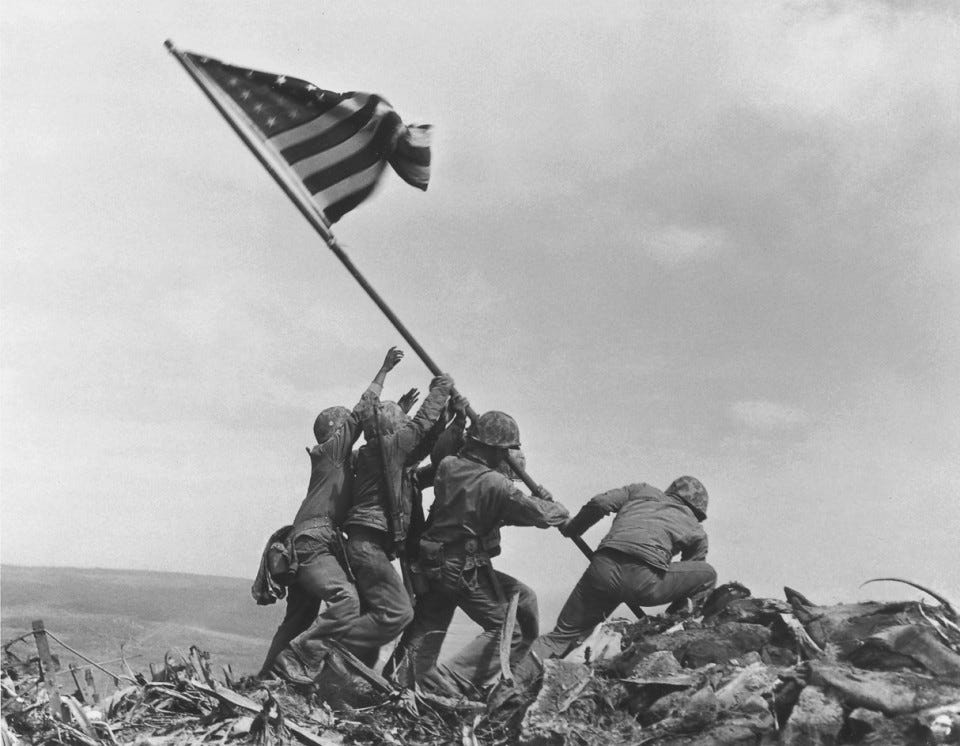 The picture of the flag raising on Mount Suribachi is the single most iconic American photo. The stories of the gentlemen who endured the battle with the Japanese soldiers will live on forever. Their stories are told time and time again to young people who are trying to earn the title of Marine. The stories are told some more in order to motivate those young people after they have earned the title. The stories are then repeated after those young people become older people as a sense of pride and belonging. The Marines on Iwo Jima are the reason Marines have the reputation that they do. The reputation was earned in the black sand of Iwo Jima. It was earned through intense will and unrelenting destruction.

During the battle, 6,821 American warriors were killed and another 19,217 were wounded. The men of World War II are disappearing. In many cases, their stories are dying with them. If you know a survivor of WWII, ask them about it. Don’t let the library of knowledge be buried with them. The window of hearing from these warriors first hand is closing. Speak with them when you get a chance. Shake their hands.

Stories like the one below were common on Iwo Jima. Uncommon valor was a common virtue.