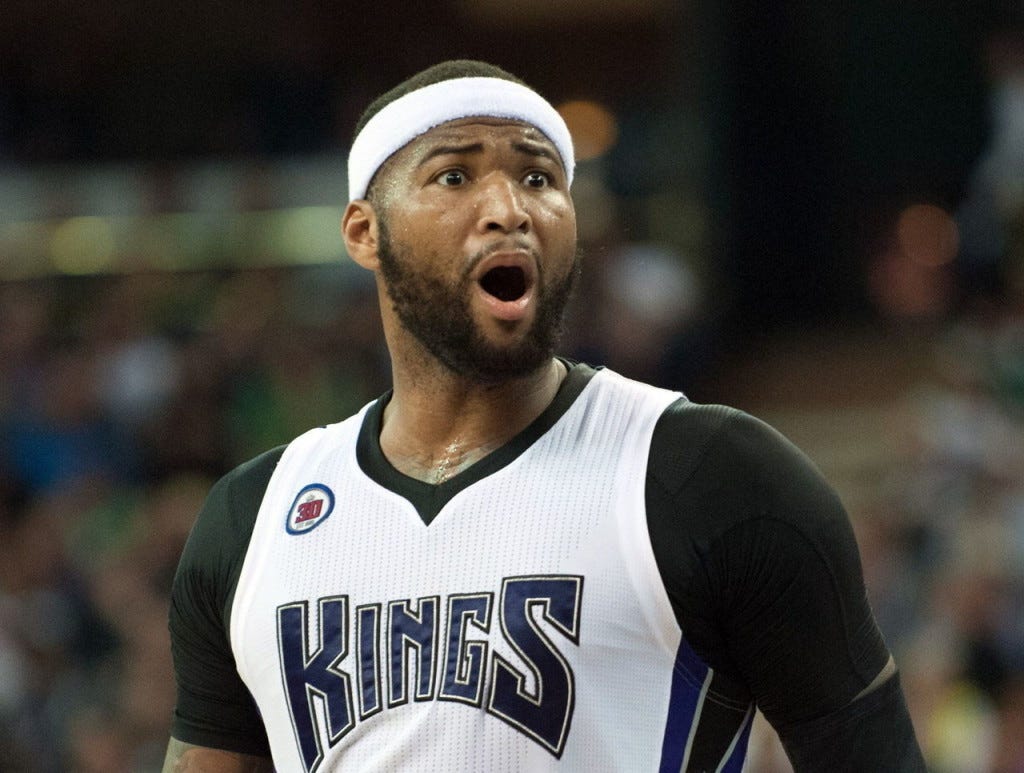 HOLY SHIT!! Woj bomb from the fucking clouds!! Everyone knew something was up when Boogie played just 2 minutes tonight. Twitter was buzzing, rumors were flying, absolutely wild stuff. Craziest part was it was all true!!

After all the speculation over the last few years, THAT is the package that gets it done? Kings gonna King now and forever. In the meantime NO now pairs Boogie with Anthony Davis. They are 2.5 out of that final spot in the West and that would be a hell of a first round series.

Here is the complete package

They didn’t even get two first round picks!! That is utter insanity if you ask me. Tyreke Evans getting a second tour in SAC is cruel and unusual also by the way.

For New Orleans, this is a gigantic steal. They are obviously banking on the fact that Boogie will resign, but even if they know he won’t they can just flip him this summer/next trade deadline.

Knew as soon as we heard about it that Ainge wasn’t involved. Had the assets and chose not to, or at least that’s what I’m telling myself