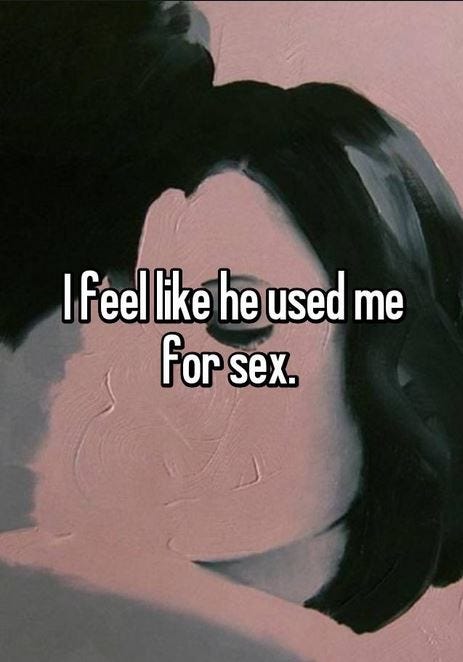 I’ve known this man since 2013, but only started to see him romantically in October. Things were going well, and I thought he was a really nice guy. We met up a few times, but he only ever took me to hotels, and he was always late when meeting up. After about our third date, I had sex with him, and then it just became a more frequent thing. He was normal for a bit, but began to ignore me. No replies for hours upon end, and excuses like “I’ve been busy.” I couldn’t take it anymore, so I told him we should end it. At first he was hesitant, but then he just agreed.

From that I was able to confirm that he just didn’t care. However, I found that I still wanted to continue to speak to him, so I’d text and call, but the conversation was no longer flowing. I was hurt and confused; before the sex, he filled my head with lies/dreams about how our future would be. It’s now been more than 24 hours since my last text, and no reply. I want to call to find out what really happened – why it ended – but I’m not sure if I’m being too clingy or needy by contacting him when its evident he only used me for sex.

How can I get an answer? What happened?

1. Hotels can be fun. They tend to have nice restaurants and fun little soaps. But when you’re dating someone who only wants to go to hotels, it can be a red flag. What don’t they want you to see? What are they trying to avoid? That’s something to think about the next time you meet someone you like.

2. Dreamy future talk at the start of a relationship also gets a red flag. When something is new, it’s more romantic to hear, “I’d like to get to know you.”

3. I know you want a reason, any kind of explanation for the fizzling, but the truth is, he lost interest. He didn’t want to make this a priority, and that’s that. There’s no need to reach out anymore because he’s not a friend or a partner. Sometimes “I’ve been busy” tells us everything we need to know.

Readers? Any reason to keep texting? Was the letter writer used?

First things first. Who the fuck only meets up at hotels? Wait I know. People who have girlfriends or wives at home that’s who. Otherwise why not just invite you over his place and fuck you there. It’s not like you guys were traveling. He was hiding you. Guys who are planning dreamy futures don’t fuck you in Motel 6’s. If you’re too big of an idiot to realize that well then that’s on you. Not him.

Secondly he didn’t use you for sex. I’ve never understood this theory. Yes all guys want to fuck chicks. That’s why we hang out with you. If we didn’t want to have sex we’d hang out with dudes. But once we fuck you that doesn’t mean we automatically don’t want to hang out anymore.  It just means the sex wasn’t that great or you’re crazy or something. But I think I speak for most guys when I say we want to fuck chicks more than once. That’s a good thing. It’s not some devious plan when we finally bang you and then bounce. That’s just us realizing it wasn’t as good as we thought it would be. Don’t cry about it. Look yourself in the mirror and get better in the rack.