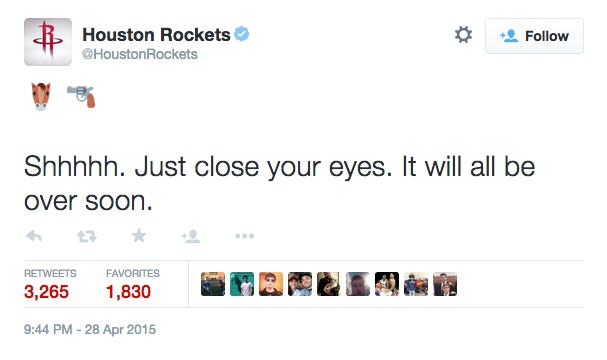 ESPN- The NBA, citing concerns about provoking exchanges between players that could damage the league’s reputation, issued a memo to all 30 franchises this week emphasizing rules prohibiting “mocking and/or ridiculing” opponents or officials by official team social media accounts.

“While we understand that the use of social media by teams, including during games, is an important part of our business, the inappropriate use of social media can damage the reputation of the NBA, its teams and its players,” NBA deputy commissioner Mark Tatum wrote in the memo obtained by ESPN. “Recently, social media postings (e.g., on Twitter) by some teams have crossed the line between appropriate and inappropriate. In addition to other concerns, such conduct by teams can result in ‘Twitter wars’ between players that can cause further reputational damage and subject players to discipline by the League.

“As a result, we want teams to be aware of the NBA’s rules with respect to the use of social media by teams. As with in-game entertainment, teams are prohibited from mocking and/or ridiculing opponents (including teams, players, team personnel (including owners) and opponents’ home cities) and game officials on social media in any form, including through statements, pictures or videos.”

If this isn’t the dumbest and weakness move in sports history, I don’t know what is. I understand you can’t have official team Twitter accounts tweeting at each other how their asses taste and whatnot. But there is nothing wrong with a little good banter amongst rivals. Why else are you going to follow a team Twitter account other than your own team’s? It’s basically just some marketing mumbo jumbo, a few highlights, and the Twitter equivalent of junk mail. If a team or a player is trash, every NBA fan is bashing that team or player. Watching the actual teams slander each other made it even more fun. This is sports. It’s supposed to be competition. It’s not supposed to be everyone holding hands in a circle and telling each other just how much they love on another. Fuck that noise. And I say this as a Knicks fan, a team that has had the biggest bullseye on the planet on its back for more than a decade now. A well done roast on the Knicks would take months, even years. But this stuff? It’s like watching good old fashioned ball busting between friends. 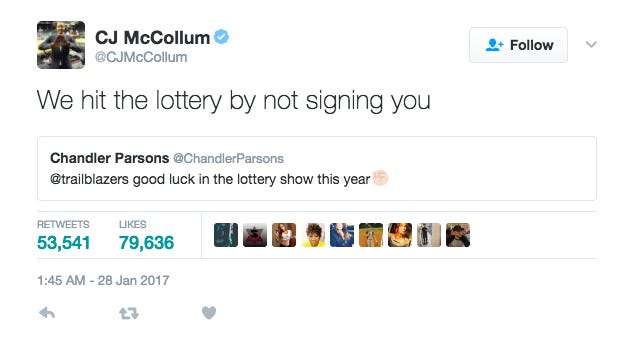 And with these rules in place, who knows if players would have been scared of being fined if they participated in the Great Emoji War of 2015. My favorite stupid moment as an NBA fan would have never happened. 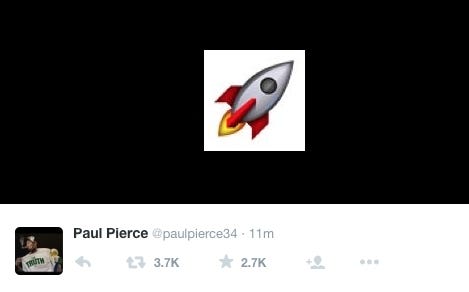 And of course, when it comes to NBA Twitter feuds, there is only one GOAT. It deserves one last day in the sun.