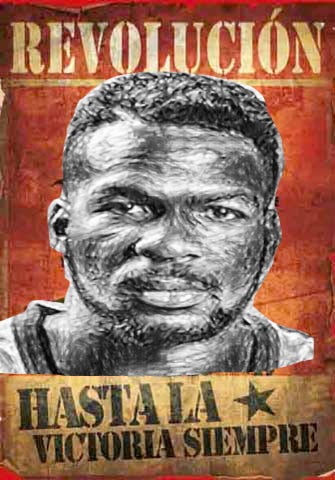 NYDN- It was a crazy night at the Garden Wednesday, that saw a Knick legend hauled out of the arena by security, handcuffed and taken to jail in front of a stunned star-studded crowd just a few feet from Garden chairman James Dolan. Charles Oakley, known for his physical style of play that made him an All-Star and helped the Knicks reach the NBA Finals in 1994, vehemently denied that he yelled at the Knick owner moments before being thrown out by several security guards. Oakley told the Daily News moments after being released from Midtown South police station at around midnight that the Garden security asked him to leave because Dolan did not want him there.

“I was there for four minutes,” Oakley said late Wednesday night. “I didn’t say anything to him. I swear on my mother. They came over and wanted to know why I was sitting there. I bought the ticket. I said why do you guys keep staring at me. Then they asked me to leave. And I said I’m not leaving” What followed next is the ugliest chapter yet in a rapidly deteriorating Knicks season, all on full display in front of a nationally televised audience and the league’s commissioner Adam Silver. Oakley was confronted by security, forcefully shoving one guard and appearing to strike another before he was physically removed from the stands.

Okay I admit I may not be the most impartial person to break down Charles Oakley’s words. If you had to ask me before last night who was the most beloved Knick I had ever seen as a fan, it was Oak. Guy gave his blood, sweat, and tears to the Knicks (jk Charles Oakley has never cried). Oakley literally BOUGHT A TICKET to make his feelings about the Knicks known. On the other side of the equation you have James Dolan, likely the most unpopular man in New York sports for decades now. He has been a prototypical movie villain that inherited millions from his daddy, ran a cable company that people despise, has held TWO franchises hostage since the 90s, is notoriously a dickhead to the media, brought Isiah Thomas BACK to the Liberty after the Anucha Browne Sanders debacle, is responsible for the joke of JD And The Straight Shot, and will occasionally pull stunts like this:

So you will excuse me if I blindly took Oak’s side to start all this. But did you see what Oak said? He swore on his mother. Charles Oakley is a billion percent one of those guys that doesn’t swear on his mom unless he is telling the truth. I used to love when the Knicks would go on road trips to Cleveland during the 90s because we would always hear the stories of Mama Oakley cooking for the entire team at Oak’s childhood home. You think a man as honorable as Charles Oakley would put that woman in any sort of swearing danger? Hellllllll no. I guarantee Charles Oakley has never stepped on a crack in his life in fear of repercussions it would have on his mother’s back.

Instead I can tell you what probably happened. Dolan probably saw Oakley sitting behind him, got scared because Oak is the real life boogey man, had his tiny little testicles go into his throat, and had security throw out Oakley for simply being in The Garden. I bet Oak was red flagged like Danny Ocean was in The Bellagio, instead it took 100 security guards to get Charles Oakley out because he is Charles Oakley. Seriously, it looked like Jon Snow vs. the Bolton’s troops at the beginning of the Battle of the Bastards.

So where do we go from here? The most popular Knick of my lifetime vs. the least popular New York sports figure in my lifetime. We need to let James Dolan know we will not go quietly into the night. We need to chant Charles Oakley’s name at The Garden every game while also raining the “Fire Dolan” chants once again. Which also means we must re-release the most important shirt in New York history and not back down until the job is done and the Knicks are freed from Dolan’s reign of terror (the Rangers too if we have time). 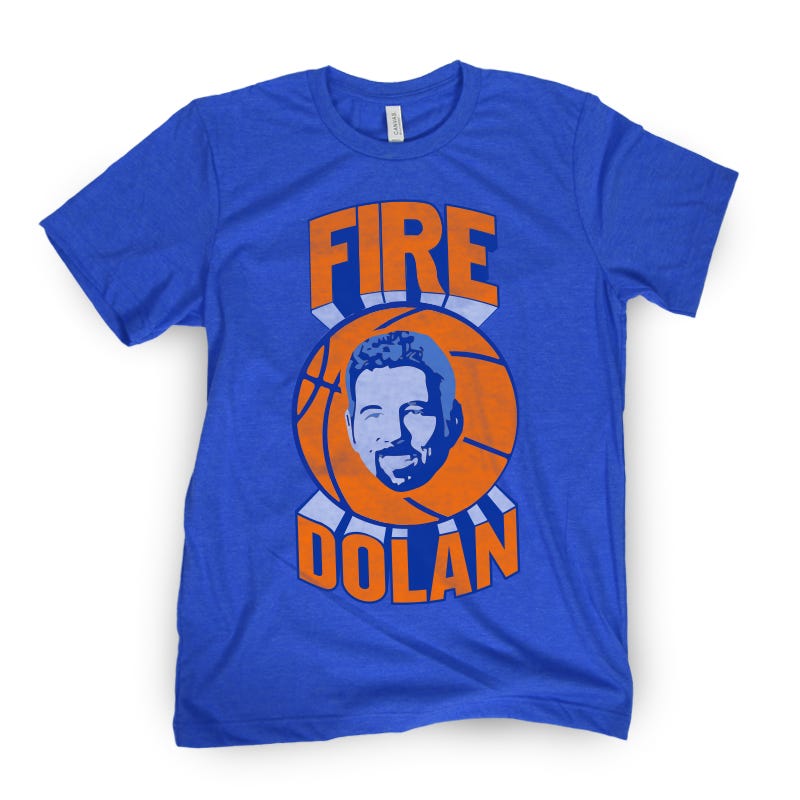