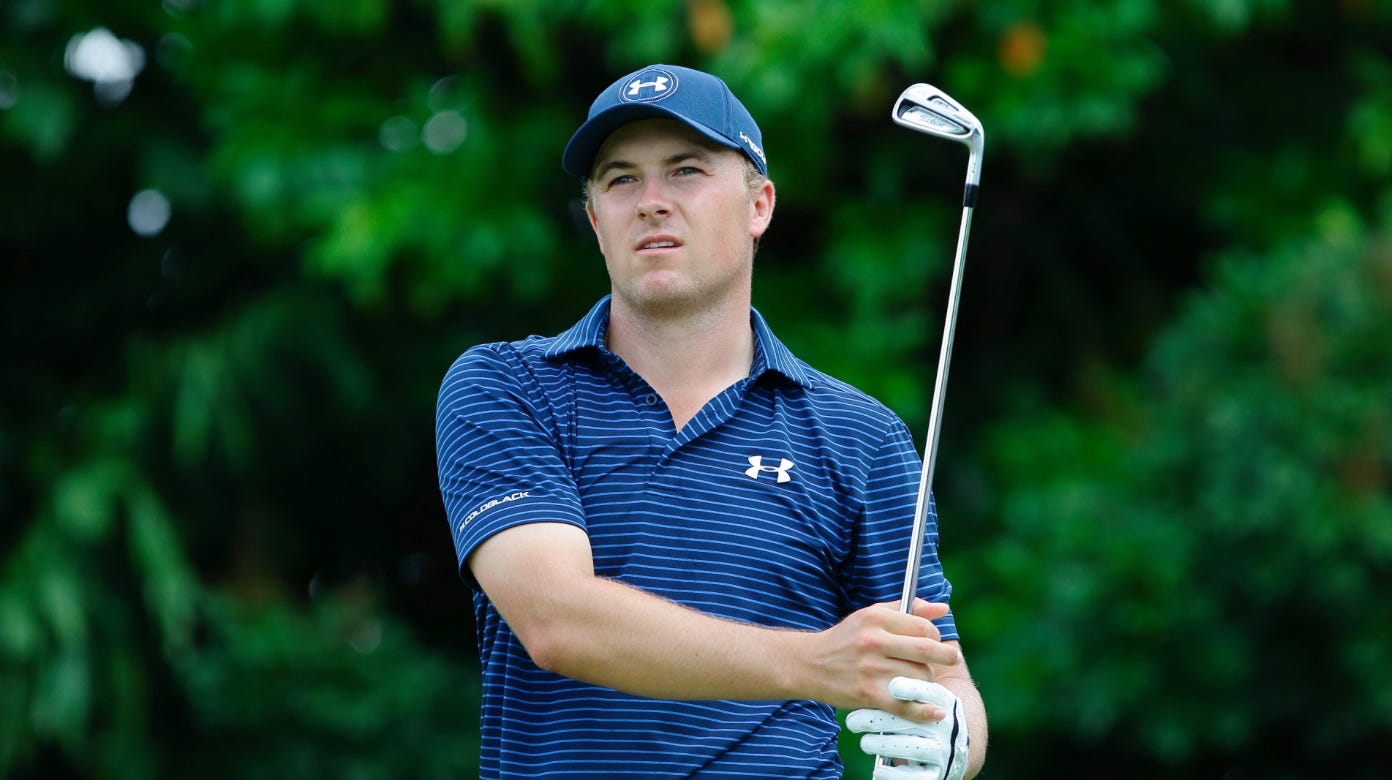 ESPN- Jordan Spieth got into a verbal altercation with a group of men after finishing his practice round at Pebble Beach Golf Links on Wednesday, taking issue with those he deems to be professional autograph seekers. After finishing his round, the group of adults started to heckle Spieth after the 23-year-old walked past them without signing for them. The two-time major winner then accused the men of trying to profit off his name by selling the items online and that he’d investigated evidence of it. “It’s not really worth me spending time arguing, but I’m just not really appreciative of people who travel to benefit off of other people’s success,” Spieth told reporters after the incident. “I enjoy signing and I sign for kids whenever we get the chance. But these guys have these items that you’ve already seen online.

“Our team keeps track of that kind of stuff, and these guys just have bags of stuff to benefit from other people’s success when they didn’t do anything themselves. Go get a job instead of trying make money off of things we’ve been able to do.” When Spieth stopped to sign an autograph for a young boy, things got worse. Spieth said one of the men used an “F-bomb in front of three kids,” and that caused him to get angry and confront the men by starting with, “C’mon, guys, there are children here.” “I felt the need to turn around and tell them that wasn’t right,” Spieth said. “A couple of them were saying, ‘You’re not Tiger Woods, don’t act like you’re Tiger.’ But here he’s still trying to benefit off me and I’m not even Tiger Woods. What does that say about you?

Get’emmmmmmmmmmmmm. Love it. I fucking love it. Jordan Spieth spitting hot fire truths in those quotes. Everything he said was spot on. The part about the dudes saying he isn’t Tiger Woods and Spieth coming back with, “Then why are you guys trying to get my autograph?” was straight ether. Haven’t seen ether like that since Meek Mill got bodied by a singer. Spieth is absolutely right. If you’re a professional autograph seeker you’re the biggest loser on the planet. The scum of the scum. There isn’t a worse thing you can be. There really isn’t. Pick any job and an autograph seeker is for sure worse. If you’ve been to any professional sporting event then you’ve seen them. You’ve seen them because they stand out when they’re standing in a pack of kids trying to elbow for better real estate. These losers will shove kids outta the way just so they can get an autograph and run home and sell it on eBay. It’s such a weird and sad existence. All professional autograph seekers should be put on a rocket ship and blasted into the sun.