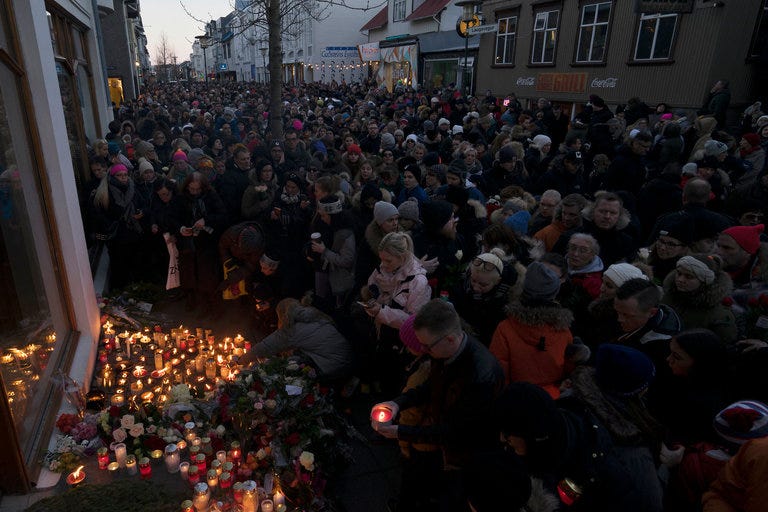 NY Times- The mystery of what happened to the woman, Birna Brjansdottir, an outgoing 20-year-old sales assistant, now appears to be at least partially solved. She died from drowning after she was thrown — possibly from a bridge — into the North Atlantic Ocean, according to an autopsy report that was leaked Monday night to the national broadcaster RUV.

Ms. Brjansdottir was alive when she was thrown, the report concluded, but it was not clear if the killer knew that, or if she was conscious. Medical examiners found bruises on her neck, the broadcaster reported, and she was naked when her body was discovered near a lighthouse about 20 miles southeast of Reykjavik, the capital.

I am completely captivated by this story. In case you missed it, you can read part 1 of my coverage here. Back then, we only suspected that Birna’s death was a result of foul play. Recent developments lend credence to a theory that this Icelandic daffodil was snuffed out by the grotesque and sinister designs of a frustrated, psychosexual Greenlandic fisherman. Thanks to the heroic efforts of the Viking Squad (Iceland’s equivalent to our Navy SEALs- not to be confused with the Minnesota Vikings practice squad), this monster is currently awaiting trial. However… I’ve watched too many murder documentaries to believe that the simplest explanation is usually correct. It’s time to don the rubber gloves for a little investigating of our own. First, let’s look at Birna’s last known whereabouts:

The friend who last saw her, Matthildur Jonsdottir, said in an interview that they had played a card game at a pub in the center of town, before dancing elsewhere. Ms. Brjansdottir won. “She was like that — an effortless winner in life,” she said.

Very interesting. A gambler, you say? Birna the card shark. A natural-born hustler; an “effortless winner in life.” The only way to effortlessly win in card games is by cheating. Perhaps her killer was tired of being swindled, night after night, losing the shirt off his back to Birna and her bottom-dealing tricks.

Ms. Jonsdottir said she left the pub before her friend, who wanted to stay until last call. “We have no clue where she was planning to go,” she said.

I’ll tell you where: she was going to John Malkovich’s underground poker lair from Rounders. She owed a debt and she was trying to pay it off with her winnings. If I know anything, it’s that the world of unsanctioned poker games is a dark and dangerous place, full of unsavory characters and wonton delights. No doubt it was here that she ran into her killer. Can we glean any clues from her dating history?

Ms. Brjansdottir’s former boyfriend, Andrew Morgan, an industrial design student from Salt Lake City, met her on a vacation last summer. While in Iceland, he said, the two had often walked late at night on Laugavegur, and he had scolded her for sometimes walking alone. “She insisted that it was fine to walk home alone, but coming from the United States I disagreed,” he said. 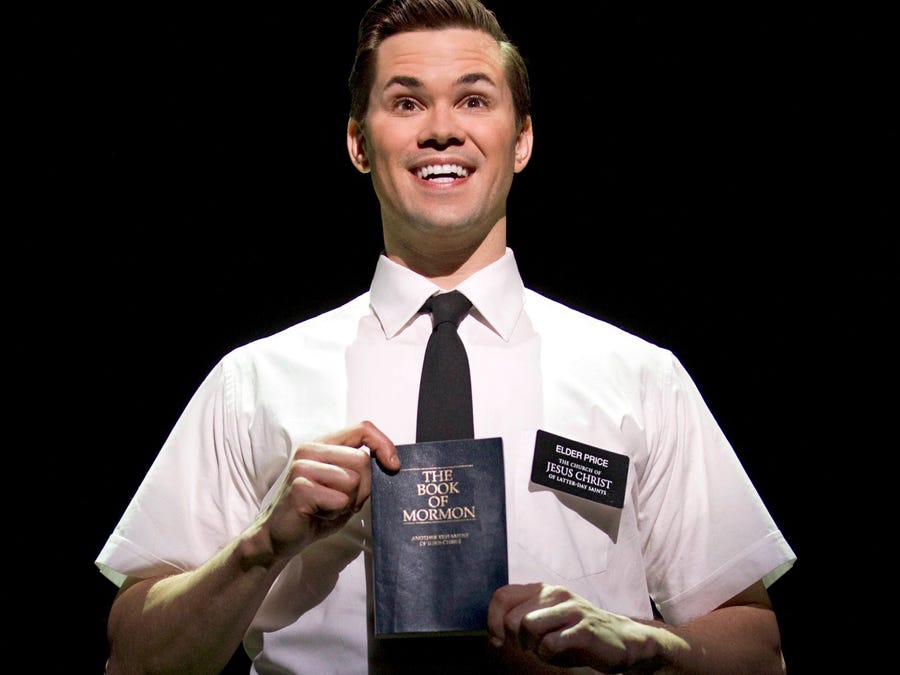 Elder Morgan, I say! This story stinks to high heaven. What mormon on earth would counsel his girlfriend against walking home alone? Mormons are extremely optimistic and friendly people (unless you’re gay, or tell them “just the one wife!”) It sounds like Andrew knew something was afoot. I would bring him in for further questioning. Pay close attention to this next piece:

After several days of frenzied searching, the police found Ms. Brjansdottir’s Doc Martens shoes on a dock at Hafnarfjordur, a serene town about 10 miles south of Reykjavik. 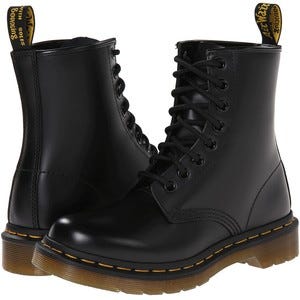 This is the red-herring, folks. The public will see this and buy in to the drowning narrative. But why on earth would a murderer remove his victim’s shoes, place them on a dock, march her up to a bridge, strangle her, and throw her in? I’ll tell you why: because he didn’t. Let’s see what we know about the Greenlander:

The police say a suspect, Thomas Moller Olsen, 25, a fisherman from Greenland, rented a red Kia in which Ms. Brjansdottir’s blood was found. The police said that Mr. Moller Olsen had a criminal record for dealing hashish in Greenland, and that about $2 million worth of the drug had been found on the ship when he was arrested. 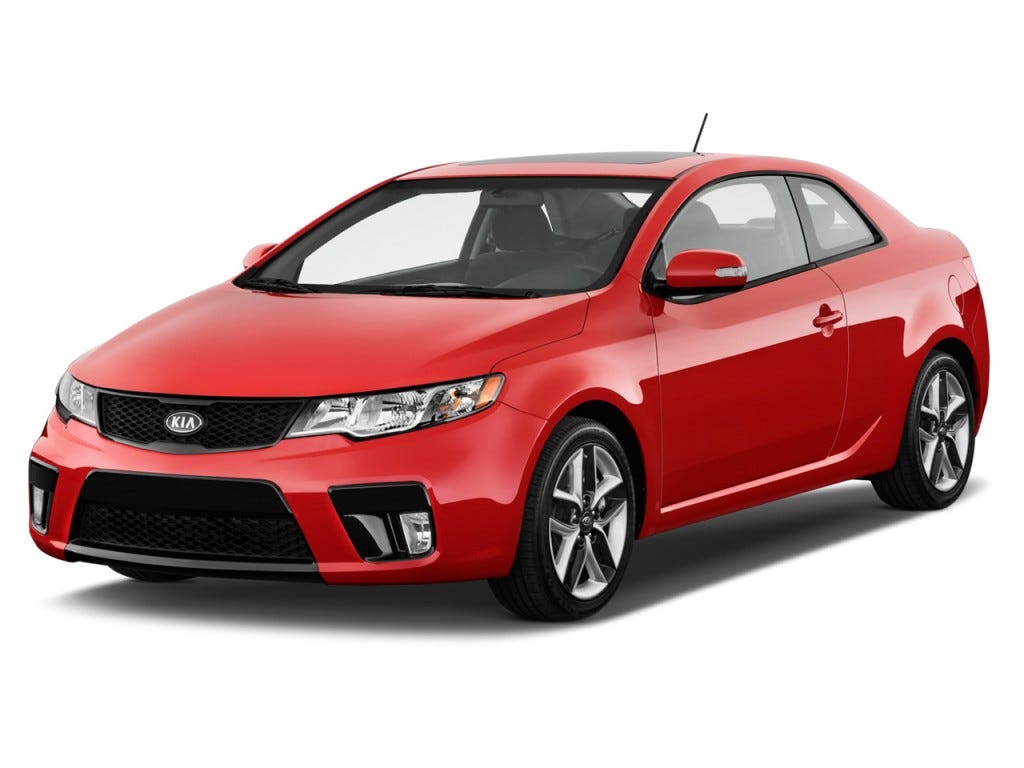 Connecting the dots here, it looks like Tom came to Iceland to pick up $2m of hash. Somehow, right before he left, he abducted Birna, threw her in his red kia, drove her to a dock, removed her boots and clothes, took her to a bridge, strangled her, and threw her in the water. Why would he do that when he was just about to return to Greenland with 2 MILLION DOLLARS of hash? That is an enormous quantity of drugs for a country with a population of 56,000. Probably fair to assume Thomas Olsen is the #1 hash dealer in Greenland. I contend that someone moving that much weight would keep a low-profile, get in and out, and NOT murder a local woman in a country where murder never happens! Case fucking open! 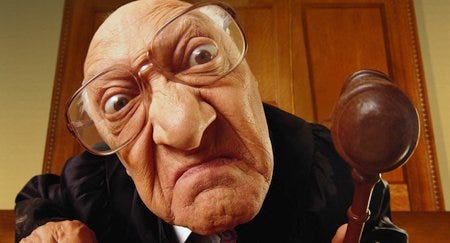 I don’t know exactly what happened. But I do believe that Thomas Olsen of Greenland is not the killer. Were I in charge of the investigation, I would bring in Andrew Morgan– the mormon ex-boyfriend. I would also tap into the underground poker scene in Reykjavik. Follow the money, but beware: you may not like what you find.