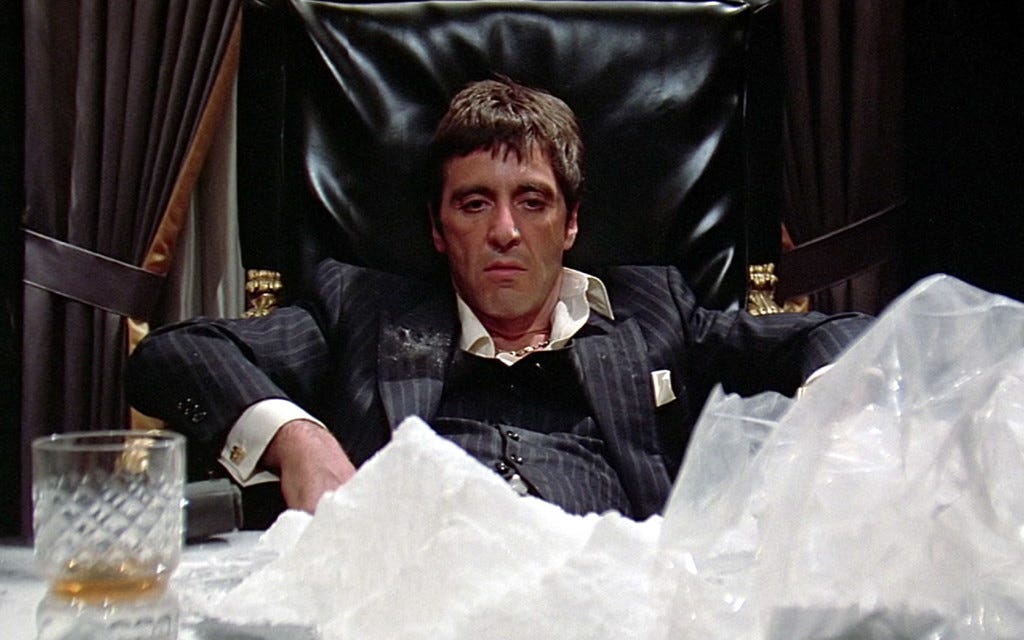 Variety – Universal’s reimagining of the classic gangster pic “Scarface” looks to have hit small bump in the road, as sources tell Variety that director Antoine Fuqua has departed the project.

Sources have also told Variety that Diego Luna, star of “Rogue One”, is attached to star.

Sources say Fuqua very much wanted to do the film, and that he and his team were still trying to figure out a way to make it work even as Uni was meeting with other directors. But ultimately, Fuqua had already spent so much time developing the script for the next “Equalizer” that he simply couldn’t move on from a project he had so much invested in.

The pic is a reimagining of the core immigrant story told in both the 1932 and 1983 films. The new film will be set in Los Angeles and will focus on a Mexican immigrant.

Much like a rapper on MTV Cribs, I’m a big Scarface guy. Never has a movie let me so thoroughly bask in over the top violence while also teaching me both the upside and dangers of cocaine. But despite that, it’s also a perfect tale of the American dream. You have this Cuban immigrant rising from poverty amidst the excess of the 80s, claiming terrain around him and rising above his caste until eventually he flies too close to the sun, alienates all those around him, and has to decide to turn tail and run or fight in an amphetamine-induced rage for all that he has left. In another era it would have been a parable or one of Aesop’s fables. In our lives, it was a drug-fueled nightmarescape concocted by Oliver Stone in some of his snowiest days. But it’s an absolute work of art as a close-ended story, a tale of drive and ambition as much as it is one warning of hubris and excess. No film has summed up a decade quite like Scarface did the 80s, even if it could have trimmed about 30 minutes off the runtime.

Losing Antoine Fuqua as director sucks but I sincerely hope they don’t blow this one. I guess we’re at a time in reboots where we’re now diving deeply into iconic films and that’s scary as hell. Scarface is a perfect film as a capsule of its time and maybe the Mexican dream and cartels can fill in enough to make a good movie that’s as poignant. But it’s a scary world where you’ve got your Scarface tier of movies now getting rebooted. You just know Goodfellas or Heat or even The Godfather can’t be far behind, classic films made by genius filmmakers now waiting to be bastardized for new audiences. The optimist in me wants to believe they won’t piss all over a thing I love but the person who watched any part of that Ghostbusters reboot process knows that’s not the most likely option. It might be a rough next decade watching classic films get reimagined right in my face. But hopefully the source material inspires them to be greater than the rest of the shit Hollywood churns out:

Don’t fuck this up Hollywood. Cali and I are watching: