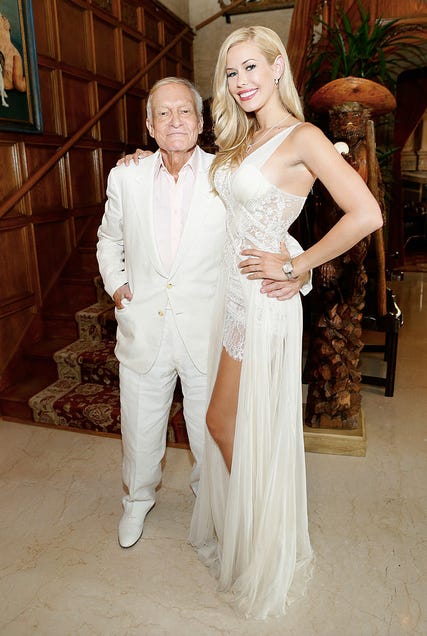 (Source) – A bride is said to be suffering from ‘overwhelming despair’ after discovering that her new husband is actually her biological grandfather. The 24-year-old woman walked down the aisle into the arms of her 68-year-old millionaire grandfather before heading off to consummate their marriage. But then three months in came the ‘terrible shock’ that they were very closely related. They made the discovery while looking through a family album of his and the bride recognised her father in one of the pictures. Both the bride and groom, who live together in Golden Beach, Miami, want to remain anonymous. The groom became estranged from his children after his wife moved away taking the kids with her. He’s since remarried and had several more children with another wife, but that marriage ended in divorce in 2009. With several million in the bank life changed and he met his 24-year-old granddaughter/future wife on a website for older men looking for love. He told the Florida Sun Post: ‘They had a website with profiles of many attractive younger girls. I just felt something strange when I saw her photos. ‘It was like a sense of deja vu, but at the time I couldn’t figure out why she seemed so familiar. ‘We just hit it off right from when she walked into the restaurant.’ They only discussed family briefly – she was kicked out by her dad (his son) for getting pregnant – and eventually she agreed to move in with the millionaire at their home. She said: ‘When I saw my father in that photo album, I just felt an overwhelming sense of despair.’ He added: ‘I’ve already had two failed marriages and I’m determined not to have a third.’ She said: ‘I feel our bond is so strong that even something like this is not enough to make us give up.’

Feel like the old man is being a little stubborn on this one? “I’ve already had two failed marriages and I’m determined not to have a third.” Ummm, c’mon dude, this is a pretty solid reason to have a third. I’m sure that admitting to failing at marriage is a difficult task, lord knows I’d probably choose to be miserable for my entire life rather than admit I fucked up, but this is definitely one reason where everyone will give you the nod of approval for pulling the emergency chute. It’s not like you guys couldn’t come to an agreement on what color to pain the baby room, it’s a pretty serious issue. If you find out your wife is already married, if you catch her banging the pool boy, and if you find out she’s your son’s daughter are three totally acceptable reasons to cancel a marriage.

Really, though, the entire story is a testament to the state of Florida. Because I’ll be honest, this story seems a little fishy. It’s only on weird websites and British ones, I can’t really seem to find the origin of it. But you know what? It’s totally believable just because it’s Florida. If this happened in Massachusetts or Connecticut or somewhere normal I’d probably dismiss it immediately. But in Florida? Yeah, totally possible. Old man could absolutely get rich, find his granddaughter on a dating website that caters to old men who want to find a young bride, then get married and refuse a divorce. One thousand percent believable. Anything can happen down in that shithole state.