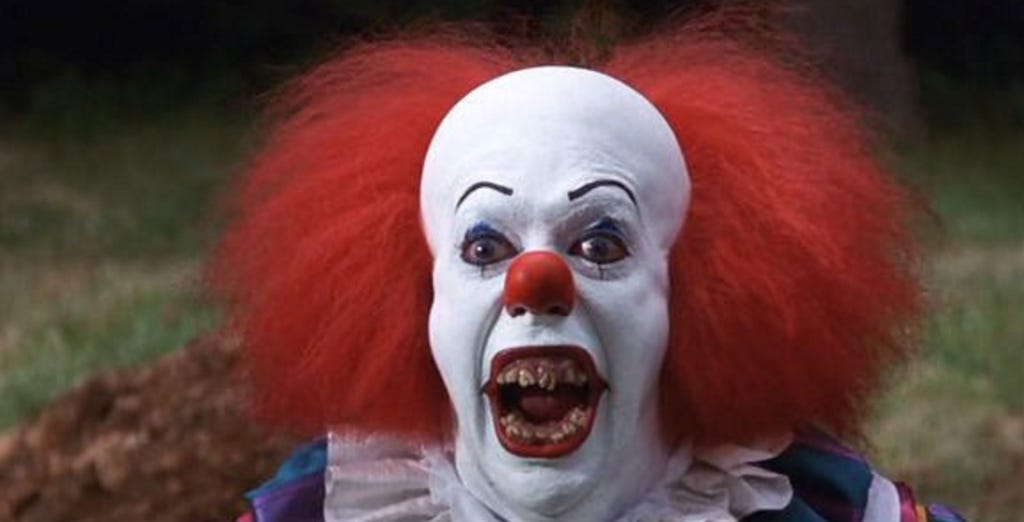 AZ - A person wearing a clown mask robbed a southwest Phoenix Taco Bell at gunpoint on Tuesday night before shooting a register and fleeing with cash, witnesses said.

It happened at about 8:30 p.m. at the Taco Bell near 99th Avenue and Lower Buckeye Road.

Tace Bell employee Christina Ortega, 37, of Tolleson, said she was off Tuesday night but rushed to the fast-foot restaurant after word from her 17-year-old son, who had been working when the armed robbery occurred.

I don’t know when this whole clown resurgence thing started, but it seems like every day now there is another man dressing up as a clown and wreaking havoc on the country. Clowns are popping up at schools, colleges, parades- you name it. Trying to lure children into vans, popping out of the woods scaring folks to death, it’s a full fledged epidemic we haven’t seen since Dave came into the office with eye herpes. And now clowns are straight up robbing Taco Bell. If you aren’t safe at a Taco Bell, are you safe anywhere? How are parents supposed to explain to their children that they can’t go out for dinner at the local Taco Bell because clowns are too busy shooting them up? This country truly is going down a dark and scary path. I remember when you could get a Nacho BellGrande without having to worry about a motherfucking clown ascending down from the heavens to shoot a cash register. We’ve seen some tragedies in this country, but this whole clown thing is the final straw. Forget foreign policy, forget jobs, forget taxes- we can’t afford 4 more years of clowns. We can’t let this get out of hand. And I’m pretty sure there’s only 1 candidate that won’t take our guns…just something to think about.