Just a savage cover and the reason why you gotta love the New York tabloids. Brangelina’s body isn’t even cold yet and they are already picking at the corpse like vultures. I don’t know who was with Jennifer Aniston last night. But I imagine he or she had the time of their lives.

I gave yesterday’s battle of the tabloids to the Daily News:

But the News’ cover today was wack, even though it’s true for basically every relationship ever.

So I guess tomorrow is the rubber match. Godspeed to whatever sad soul is the fodder for those two smut headline machines.

P.S. Would it have killed the Post to put up a picture of Rachel Green with a shit eating grin while her headlights were on? The Post is slipping, man. Print media may truly be dead.

Also, an Oregon Trail tombstone would have also been an acceptable cover for this morning. 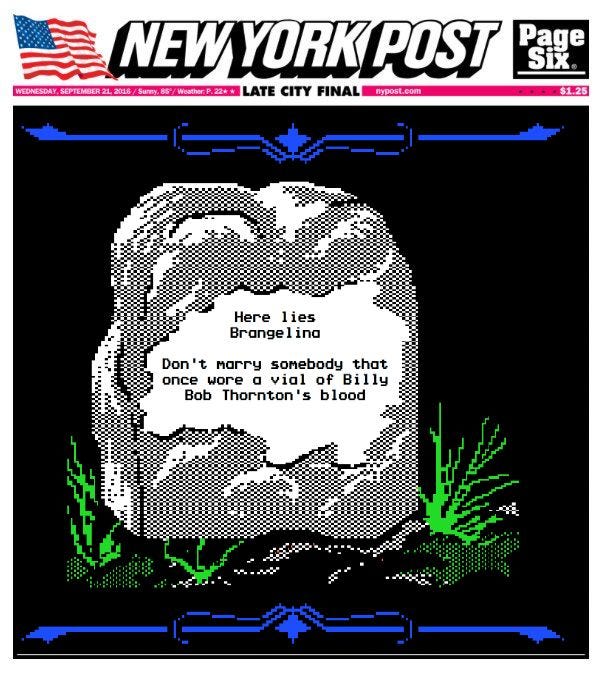