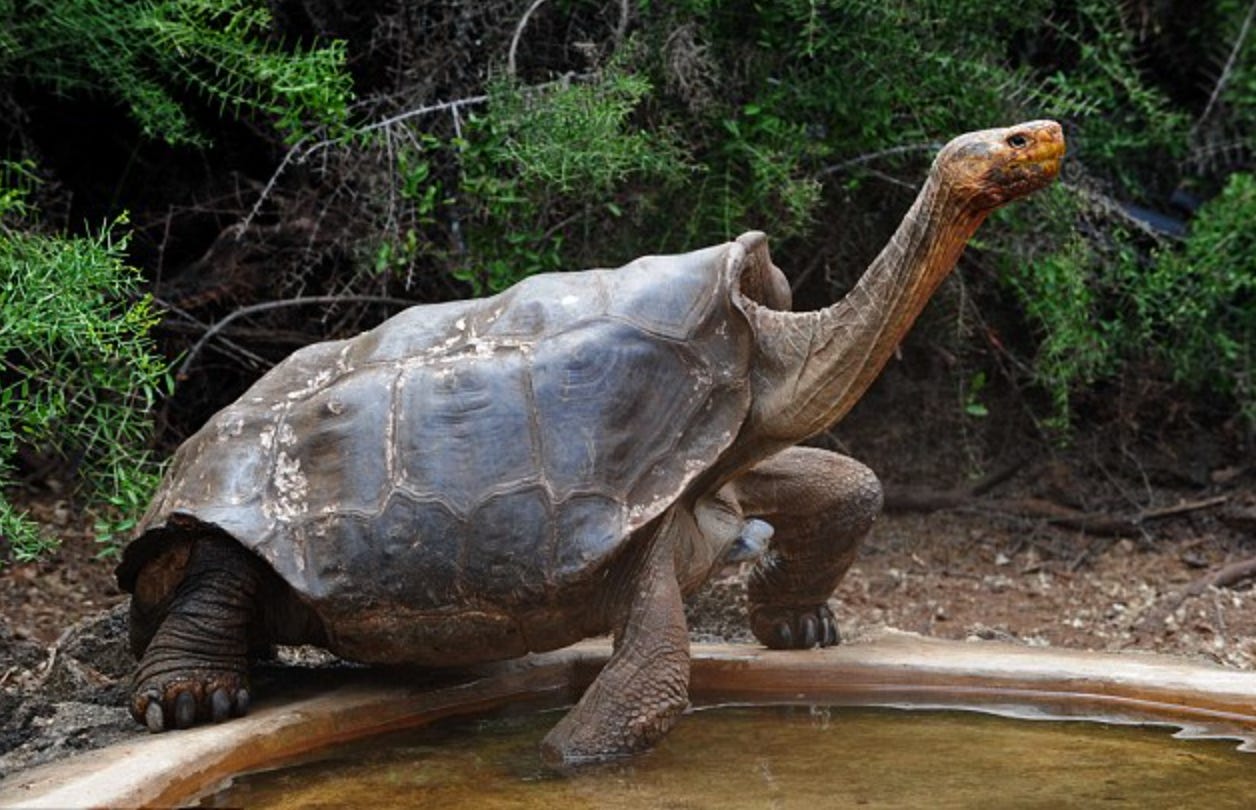 Daily Mail- A sex-mad tortoise which is over 100 years old has single-handedly saved his species from extinction.  Diego has fathered 800 babies over the years, turning the tide for his species on the island of Espanola in the Galapagos islands, off the coast of South America. ‘He’s a very sexually active male reproducer. He’s contributed enormously to repopulating the island,’ said Washington Tapia, a tortoise preservation specialist at Galapagos National Park. Diego is a Chelonoidis hoodensis, a species of Galapagos tortoise found in the wild only on Espanola. The archipelago in the Pacific Ocean was made famous by Charles Darwin’s studies of its breathtaking biodiversity. Darwin’s theories of the survival of the fittest have been underlined by the libidinous Diego who has steered his species back from the brink. There were only two males and 12 females on the island 50 years ago before Diego  Diego now lives at a tortoise breeding centre on nearby Santa Cruz island where he is still mating with his harem of six females.

Diego you dog you! You horn dog you! Saving his entire damn species all by himself by doing all the fucking. He literally saved his species by being an uber-horny turtle. What a beast. Not only that, but he’s still doing it and he’s over 100 years old. Just crushing turtle pussy and cumming in shells at the century mark. A man’s man who we can all strive to be like. The article says there were two male turtles and twelve female turtles 50 years ago. Since then Diego has fathered 800 babies. 800! He’s like the Antonio Cromartie of the turtles. No way no how Diego could remember the names of all those turtles. How is this not the biggest story in the world? Everybody wants to talk about Donald Trump’s tax returns or Hillary Clinton’s health blah blah blah. Fuck that. I wanna hear more about Diego the turtle humping his species off the edge of extinction. Keep on fucking, Diego.

And he’s still at it! Never has there ever been more of a need for a live stream camera

Diego now lives at a tortoise breeding centre on nearby Santa Cruz island where he is still mating with his harem of six females.