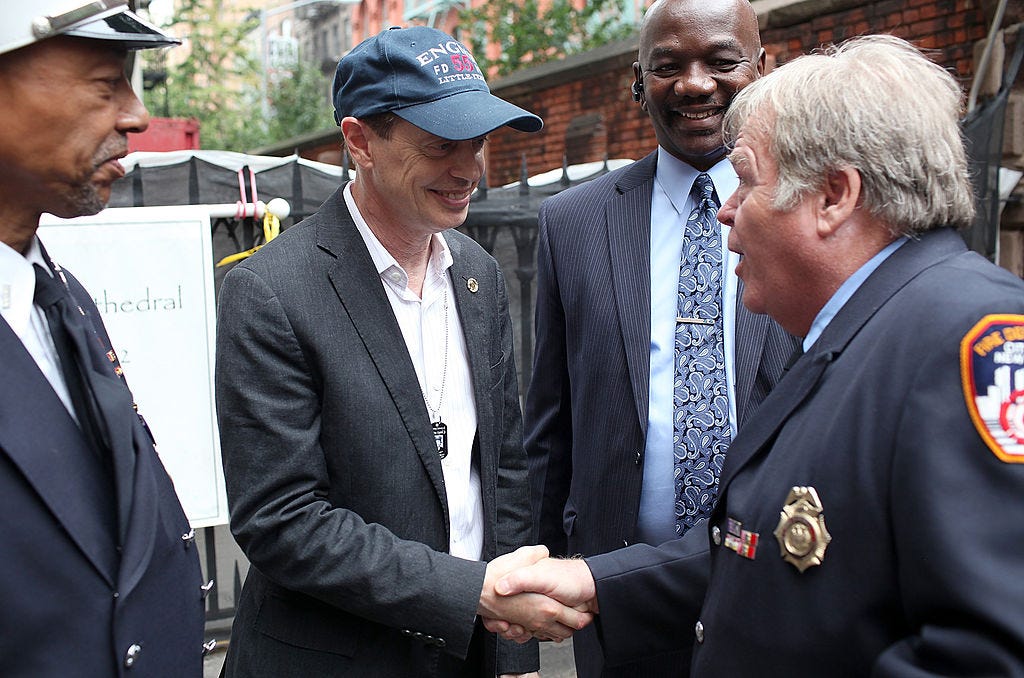 Steve Buscemi returned to his job as a firefighter to help search for survivors after the devastating 9/11 terrorist attacks .

The actor – who went on to star in the likes of Reservoir Dogs, The Sopranos, The Big Lebowski and Monsters, Inc. after moving into the film industry in 1984 – worked 12 hour shifts to help hunt through the rubble alongside firemen from his former station.

“On September 12, 2001 and for several days following Brother Steve worked 12-hour shifts alongside other firefighters digging and sifting through the rubble from the World Trade Center looking for survivors.

“Very few photographs and no interviews exist because he declined them. He wasn’t there for the publicity.”

Buscemi remained tight lipped at the time, doing what he could to stay out of the limelight for the brave action.

When it was revealed three years ago, the actor spoke out about his efforts and described it as “a privilege”.

I don’t know how well known this story about Steve Buscemi is, if I’m way late to the party here or whatever, but honestly I don’t really care. Way too good not to share. Lot of stories both tragic and uplifting going around after the 15th anniversary of September 11th, and this is one of the best – Steve Buscemi dusting off his firefighter gear and joining up with Engine 55 to work 12 hour shifts looking for survivors. No press. No interviews. So under the radar that the media didn’t even hear about it until 3 years ago, and a professional internetter like me didn’t hear about it until this morning. That’s awesome.

-but risking your life and safety to try and help people in the aftermath of the worst terrorist attack ever, and never mentioning it in an interview for literally 12-15 years, is just straight up being the man. 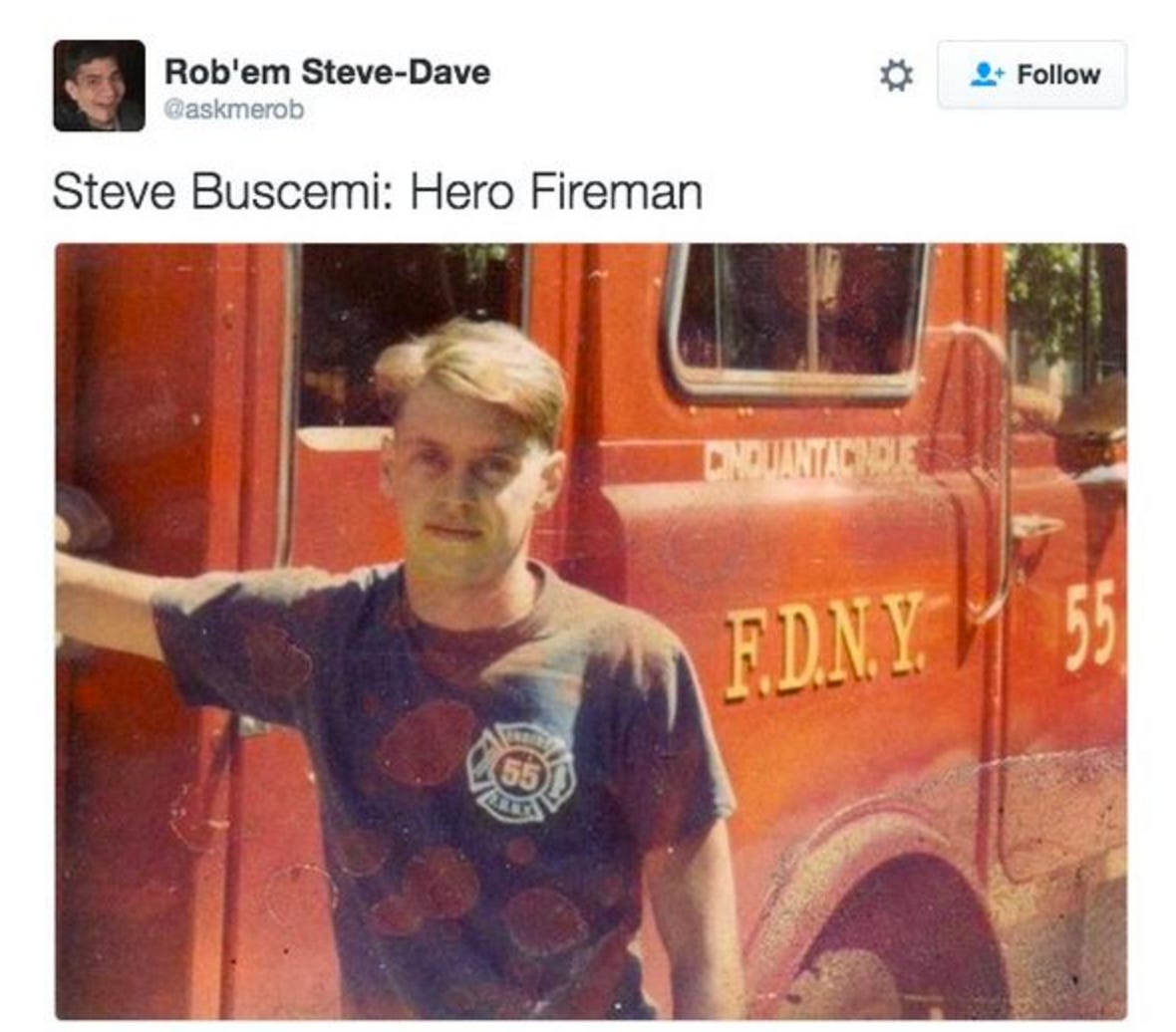 From the goofy character actor in Adam Sandler movies, to Nucky Thompson, to maybe one of the most respected guys in Hollywood now in my mind.