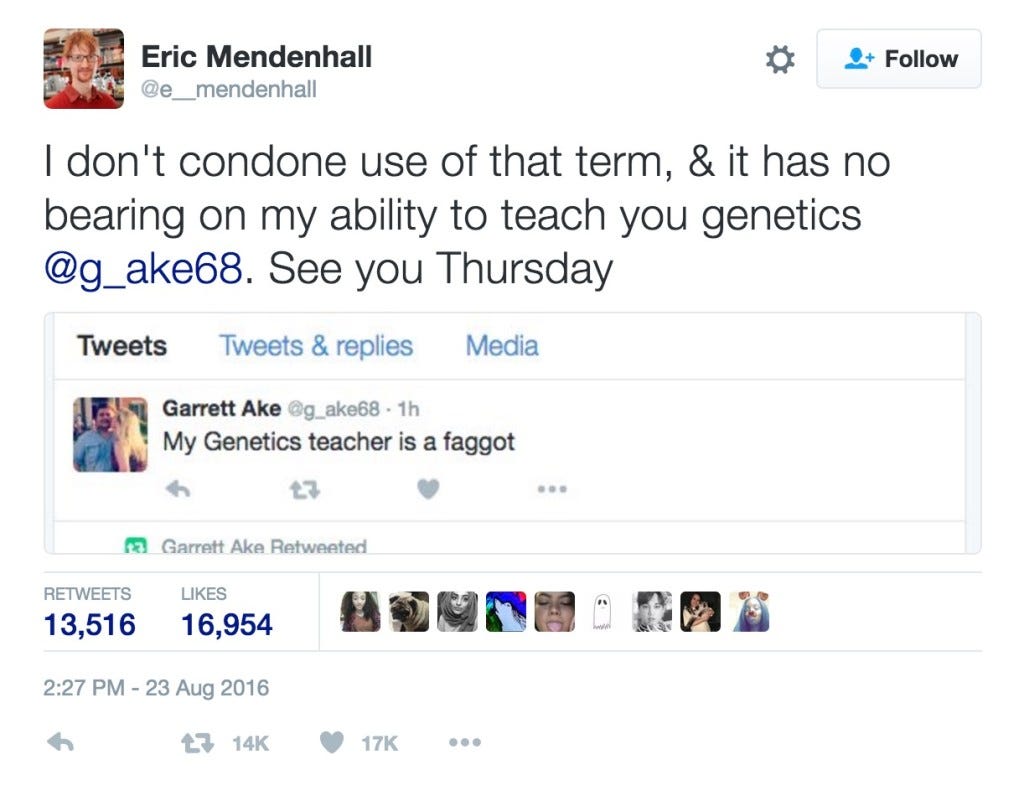 This is another one of those classic “How do you not know better in 2016″ situations that you 100% bring upon yourself. In this day and age, you just know a teacher like this dude is DYING to go viral the second he sees that shit. Professor Mendenhall here even knew the old blogger trick of screengrabbing the tweet so the person can’t change his mind later on and delete it. To take the risk of blowing your school career and whole life up to vent for one second to like 100 people on Twitter is the dumbest idea imaginable. And then you throw in the fact that it’s a gay insult and that shit’s like one of those old Tony Hawk Pro Skater multiplier effects, you’re guaranteed to Kickflip McTwist your way into both the “I’m an idiot who got kicked out of school for a tweet AND everyone thinks I’m a homophobe” territory. You’re begging for that 2016 scarlet letter if you can’t think that through before hitting send no matter what the circumstance.

Also I know this student clearly seems above reproach in his critical thinking skills but I have to question the logic of killing your entire Twitter and keeping your name still up:

PS this is apropos of nothing but I hate when people love the attention coming when they go viral and they start to call people “tweeps”:

You may be the winner in this blog but you’re on thin ice with your commitment to science and perpetuation of that stupid non-word. Fuck all the tweeps on Twitter, that’s what I say.