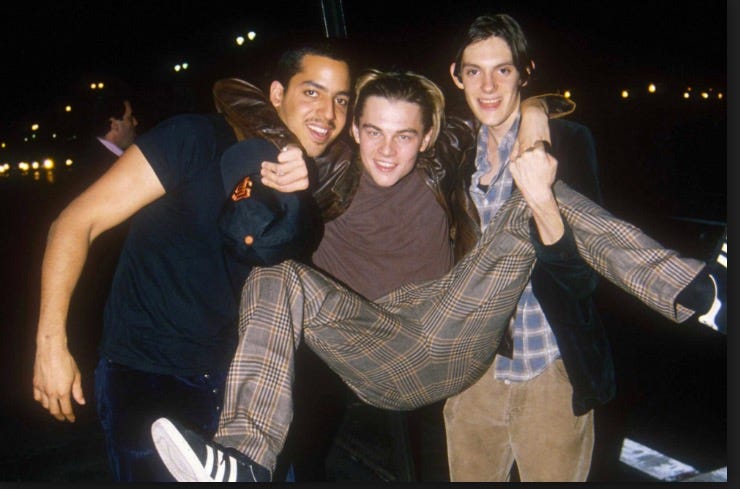 Uproxx – Earlier today, someone purporting to be a former Disney lifeguard posted a collection of stories about their experiences working there to Imgur. While all the stories are pretty entertaining — apparently Nick Carter got into a whole lot of trouble for sneaking away to pool it up when he should have been with the other Backstreet Boys — the real confessions came out after the post hit the front page. Promising users stories of terrible celebrities if the post hit over 100 points, royrogersdoublerbarburger delivered, calling out Joe Perry and Ian Ziering as some of the worst celebrity guests to have splashed in the park’s pool. But while no one was worse than Ziering, apparently, Leo may have just been the messiest guest around.

A-List “Jerk” Celebrity: Leonardo DiCaprio. He pissed down the waterslide. This requires a little backstory.

I’m dating myself here, but does anyone remember the “Wanna Be A VJ” MTV contest from back in the day? The first one, where Dave Holmes LOST to Jesse Camp? (but ended up getting a gig anyway).

Well, don’t ask me how, but Leo and Jesse became buds, and they ended up coming to the pool on a bender. Reeked of alcohol, huge entourage, jumped in with their clothes on, went down the slide with their spiked belts (scratching it up) and then Leo whipped it out and pissed into the top of the slide, then went down the slide. They refused to listen to anyone and Security finally came and escorted them off, cursing. 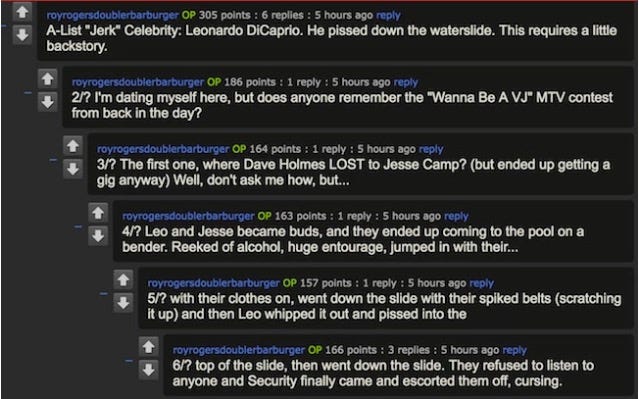 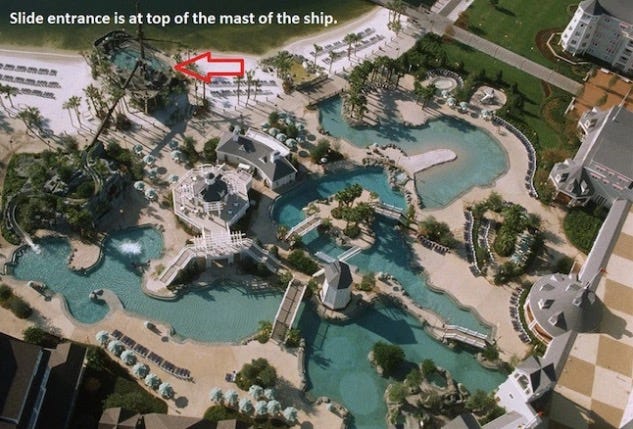 I will treat this story like every other outlandish, outrageous Leo Dicaprio rumor that I post – I will 100% believe it. I mean in the interest of not libeling or slandering or defaming anyone I’ll officially leave a little wiggle room here and say ok, we can’t totally verify this, believe it or not sometimes people with anonymous user names posting on message boards aren’t always telling the complete truth. But come on now, you know it and I know it, in our heart of hearts, Leo was one trillion percent showing up to Disney waterparks in the 90’s lit out of his mind whipping his dick out and pissing down waterslides before going down it headfirst in his spiked belt. That’s just something you really can’t deny happened. If you want to be one of those nerds who likes to verify sources and fact check and all that stuff be my guest, just saying, you’re wasting your time.