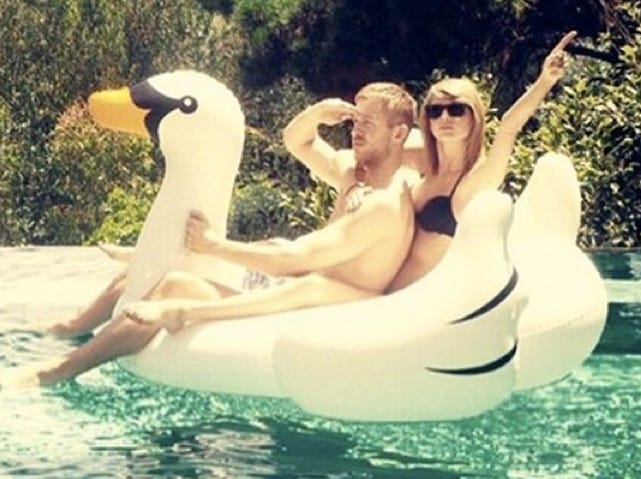 (Source) — Taylor Swift and Calvin Harris are going their separate ways.  The singer, 26, and the DJ, 32, have broken up, multiple sources confirm exclusively to PEOPLE.  “There was no drama. Things just don’t work out sometimes,” says an insider.

Phew! I was a little worried for a second there, you guys. Thought maybe this was a messy breakup and we were about to be inundated with salacious tales about how Calvin wronged Taylor, but it’s all good. No drama at all. They’re totally still friends and that’s that. The girl who famously has lots of boyfriends then writes HIT songs about their breakups dumped a guy like a week after he was in a car accident but that’s the end of the story. It’s the last we’ll hear of it. No drama at all. Seriously, it’s fine. I’m not even sure why this is a huge story, simply two people who didn’t work out. That happens sometimes. Carry on.

PS – Just kidding, we’ve got So. Many. Heaters. Coming.