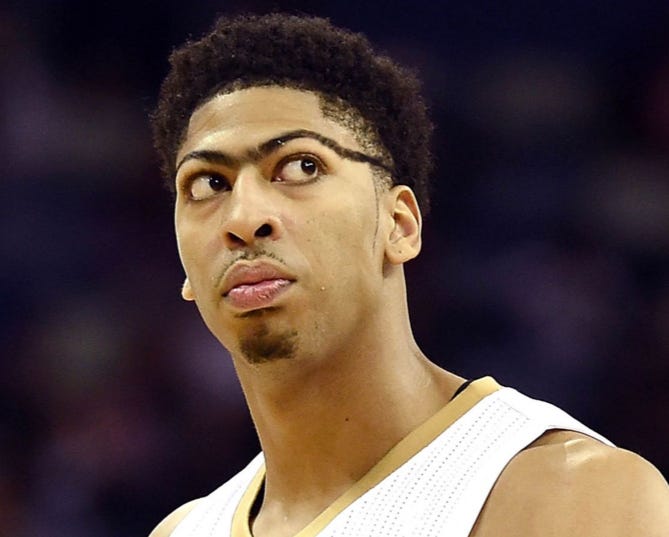 NBC - The NBA has released the list of players selected to the three All-NBA teams, and most of them are the people you’d expect to make it. But two players are affected by the voting in very different ways: Anthony Davis and Damian Lillard.

The much more interesting dynamic is how the voting affects the contracts of Lillard and Davis, who were both Rose rule candidates. The so-called “Derrick Rose” rule, put in place in the 2011 CBA, allows players signed to a five-year “designated player” extension to earn a larger percentage of the cap and higher annual raises if they either a) win MVP, b) get voted as a starter to two All-Star teams, or c) make two All-NBA teams during their rookie contract.

Davis and Lillard both signed five-year max extensions last summer. Davis made first team All-NBA last season, so he would have been eligible for the Rose rule if he had made a team this year. But he fell short in an injury-plagued season in which the Pelicans missed the playoffs. His extension will now be worth around $120 million over the five years, instead of $145 million.

You know the difference between 120 million dollars and 145 million dollars? 25 million fucking dollars. More money than most people make in their entire life. And Anthony Davis just lost out on 25 mil by not making all All NBA Team, despite averaging 24/10/2 blocks per game. LaMarcus Aldridge averaged 18/8/1 and got on the 3rd team, costing Davis a 25 million dollar bonus over the next 5 years. Absolutely sucks. Anthony Davis should have been bribing every sports writer and broadcaster in the world to get his votes up.

PS: The craziest people in the world to me are the “what’s 25 million dollars to Anthony Davis, who cares?” people. It’s like 25 million dollars just doesn’t exist if you already have a lot of money. Yachts don’t just grow on trees (but you can get pretty close to having a yacht tree if you don’t miss out on 25 million bones).